The Government Is Leaving No Stone Unturned To Help Farmers, But Are They Impressed? 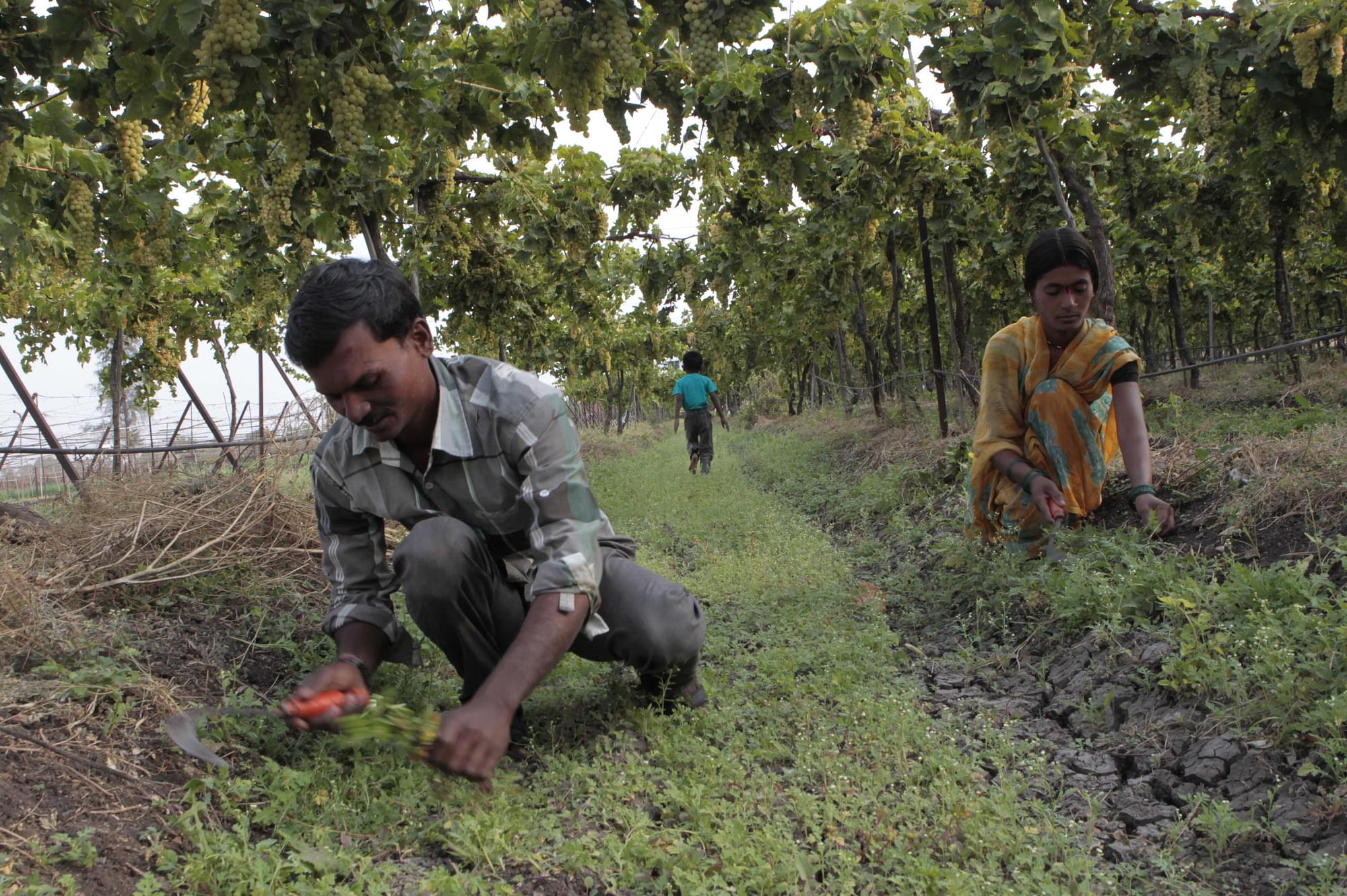 For a country whose agriculture is rain-dependent, and every so often farmers lose their crops to droughts, floods, heatwaves, diseases and animals, one would have thought crop insurance would be high on the farmers’ agenda.

But no. According to NSSO figures from 2013, a very small share of households engaged in crop production activities insures their crops: less than 5 percent, in respect of wheat and paddy, the two most harvested cereals in the country, and only slightly higher in the case of cotton, soyabean and groundnut.

When you go into reasons for not insuring, “not aware about the crop insurance” is the most prominent. Totally, about 80 percent households gave reasons that reveal their ignorance about insurance - either of the concept itself, or about the existence of the insurance facility, or just plain disinterestedness in insuring. Lack of resources, facility not available, complex procedures totally comprise less than 20 per cent of the reasons.

Lack of awareness and education appear to be the chief deterrents in farmers and the agriculture sector as a whole benefitting from several measures announced by successive governments to boost the farm sector. This is a big takeaway from the chapter on Agriculture in the Economic Survey 2017-18.

This does not undermine the importance of reforms in marketing, technology, prices, crop diversification, irrigation and other issues that hold Indian agriculture back; in fact, there are detailed sections in the Survey on the data and measures related to each. Yet, efforts in many of these areas would be better utilized if the farmers were educated and aware.

Like the survey points out in another instance, in the section on Input Management: Productivity hinges on the appropriate use of irrigation, seeds, fertilizers, credit, machines, technology and extension services. It goes without saying that here, the capacity of the farmers to adopt new innovations, technology and inputs is of paramount importance. That has a direct relation with the farmer’s educational level. India’s statistics on this count say it all: Figures from Input Survey 2011-12 reveal that, of the 69.3 per cent farmers that were literate, about 45 per cent had studied up to only Class VIII. Thirty per cent small and marginal farmers were completely illiterate. “With predominance of small and marginal farm holdings, it is necessary to improve the educational status of farmers to increase their capacity to absorb technologies, and adopt risk-mitigating measures,” concludes the survey.

Recognizing the role of Agriculture and the allied sector in not just ensuring food security, but also reducing poverty -- given that it is the largest employer -- the government is trying its best to identify weak links and address each issue systematically. Certain important criteria lead the thinking: One, the focus has been on critical inputs like irrigation, seeds, fertilizers and mechanization. But each of these requires openness to ideas, acceptance and proactive efforts on the part of the farmer as well.

Government’s efforts to increase a) Irrigation (PM Krishi Sinchayi Yojana) that includes the per-drop-more-crop micro-irrigation methods; b) Institutional Credit, making use of the Interest Subvention Scheme using Kisan credit cards; c) e-NAM for advantageous pricing that requires being well-versed with online trading; d) Insurance through the PM Fasal Bima Yojana, and so on, are necessary, but not sufficient; they can pay dividends only with an adequate and appropriate response by the farmer. This requires either educating the farmer, or efficient and sincere extension services.

The survey enlightens us on two contemporary issues that have been factored into Indian agriculture:
One, Adoption of Climate Smart Agriculture, which is a work-in-progress, with climate resilient technologies being demonstrated in 153 models, covering 23 states under NICRA (National Innovations on Climate Resilient Agriculture). As many as 623 contingency plans have been prepared and circulated to all state agriculture departments to manage weather aberrations such as droughts, floods, cyclones, hailstorms, heat and cold waves. This is a big step.

The second issue relates to anticipating and addressing the needs of women in farming, given the trend of “feminization” of agriculture, with more women as entrepreneurs, cultivators and labourers. This includes addressing the gender disparity in ownership of landholding, and measures to ease their access to resources like land, water, seeds, etc. Also, 30 per cent of budget allocation for development schemes has been earmarked for women beneficiaries. “With women predominant at all levels -- production, pre-harvest, post-harvest processing, packaging, marketing -- of the agricultural value chain, to increase productivity in agriculture, it is imperative to adopt gender specific interventions. An ‘inclusive transformative agricultural policy’ is recommended by the Survey to increase productivity as also integrate women as rural change agents.

Finally, the Survey emphasizes the need for diversification, both crop diversification -- which has not moved satisfactorily until now, and which is needed to mitigate crop risk – as also diversifying income-generating activities like fisheries and livestock, to mitigate the multiple risks the sector faces -- related production, weather, prices and policy.

“Though the share of agriculture and allied sector in the Gross Value Added is on the decline, in the quest for inclusive economic development in India, agriculture sector will remain an engine of broad based growth which will reduce inequalities and provide food security,” says the Survey. This probably forms the rationale for the introduction of the Direct Benefit Transfer system for fertilizer subsidy, which is a subsidy payment mechanism at the national level and operational already in 14 states.

The Budget can be expected to be a continuation in the directions highlighted in the Survey, with follow-up measures and incremental changes here and there.