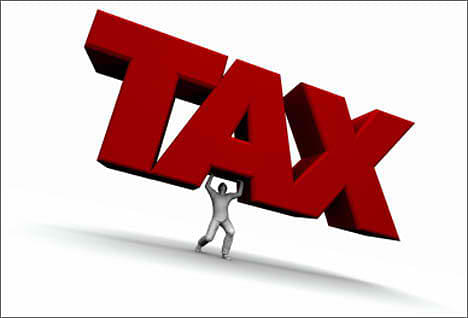 The amount for Tax Revenues Raised But Not Realised in 2012-13 was Rs 4.9 lakh crore—47 per cent of the gross tax revenues of that year. There’s a huge systemic problem here that needs to be urgently addressed.

There’s one statement in the Budget that does not figure very much in Finance Ministers’ Budget speeches or get commented upon on very widely in numerous post-Budget analyses. Surprising, because the amounts it refers to are huge and could significantly reduce the scrounging around Finance Ministers have to do every year for revenues.

Titled, Tax Revenues Raised But Not Realised, this statement puts out figures on the amount of tax that is due to the government but has not been collected. In 2012-13, the latest year for which figures are available, such tax revenues amounted to Rs 4.9 lakh crore. That’s equal to 47 per cent of the gross tax revenues of that year.

The statement has two components—amounts under dispute and amounts not under dispute. The former is the larger component; at Rs 4.1 lakh crore, it accounted for 83 per cent of uncollected taxes in 2012-13 (its share has been upwards of 60 per cent in the last five years). However, the amounts under the second category are not exactly small beer. In 2012-13, they amounted to Rs 82,360 crore, slightly less than the food subsidy bill of that year.

According to the Tax Administration Reforms Commission (TARC) headed by Parthasarathi Shome, India has “by far the highest number of disputes between the tax administration and taxpayers with the lowest proportion of recovery of tax while arrears in dispute resolution are pending for the longest time periods”.

In his maiden Budget speech, Arun Jaitley did take up the issue of amounts under dispute, mentioning that more than Rs 4 lakh crore being under dispute or litigation before various courts and appellate authorities. He announced several measures to reduce litigation.

These included allowing resident taxpayers to obtain advance rulings on their income tax liability above a certain threshold, making changes in the transfer pricing regulations, setting up more benches for the Authority on Advance Rulings and enlarging the scope of the Income Tax Settlement Commission. Since then, a six-member committee has also been set up to suggest ways to reduce litigation and review the efficacy of the existing dispute resolution mechanism. Over 200 posts of Commissioner Income Tax (Appeals) have also been created.

The huge amounts under litigation show that there is enormous scope for simplifying tax laws and tax administration. An October 2014 report by consulting firm PwC, Navigating Tax Controversy in India, makes the point that there is still a lot of discretion exercised by individual tax officers because the two tax boards—Central Board of Direct Taxes (CBDT) and Central Board of Excise and Customs (CBEC)—issue notifications and circulars on tax legislation, which lead to ambiguity and inconsistency in application.

Sunil Sinha, principal economist and director, public finance, at India Ratings, points out that needless tinkering with excise duty rates in successive budgets creates scope for disputes. Clearly these need to be addressed.

What is particularly worrying is that over Rs 9,000 crore has remained uncollected for over 10 years and another Rs 45,000 crore is pending for five years. While one can understand the delay in the case of amounts under dispute, given our long drawn out litigation processes, why should amounts worth Rs 4,697 crore be pending for over a decade and another Rs 17,407 crores for five years when they are not under dispute?

Part of this has to do with processes. Take what happens in the case of direct taxes. By the time the accounts of a company are taken up for scrutiny, more than a year has passed since the tax was due. The scrutiny itself takes at least two years, after which the tax payer can appeal to the commissioner against the assessing officer’s order. The appeal itself can take between six months and a year to be resolved, after which the tax payer can move the appellate authority, putting the issue in the disputed category. Sometimes the tax payer may not be in a position to pay the tax demanded or may be untraceable (that has been known to happen).

Tax officials do tend to get aggressive at times and make high-pitched demands, however, this is not always out of cussedness. Recognising that there is a need to improve the quality of assessments, the TARC has pointed out that targets set in the Budget lead to pressure being put on officials to meet them regardless of the economic context.

The Commission suggested that this strategy be reviewed and that assessing officers should be trained to conduct assessments in a way that the fact finding is conclusive and final.The Commission also suggested that the dispute management structure should be converted into a separate vertical structure so that tax collection functions do not influence the resolution of disputes.

But the root cause of tax-related conflicts—a tax structure that is still a bit complicated and open to different interpretations—needs to be addressed. In the case of direct taxes, this will come with the revival of the Direct Tax Code (DTC) which lapsed with the last Lok Sabha, with care being taken to see that it conforms to the original proposal that P. Chidambaram had unveiled. In the case of indirect taxes, it will come with the implementation of the goods and service tax (GST), which will ensure a simple uncomplicated tax structure.

The tax exemptions given to various categories also need to be reviewed, since these too are often the subject of disputes. In fact, the TARC has itself that each rule, regulation and other tax policy measure such as exemptions should be reviewed periodically.

Tax disputes are not just an inconvenience for the tax payer. Given the sums involved, there is a huge revenue implication as well. Jaitley would do well to show, in his next budget, that this is receiving serious attention.