Why 28 economists are wrong 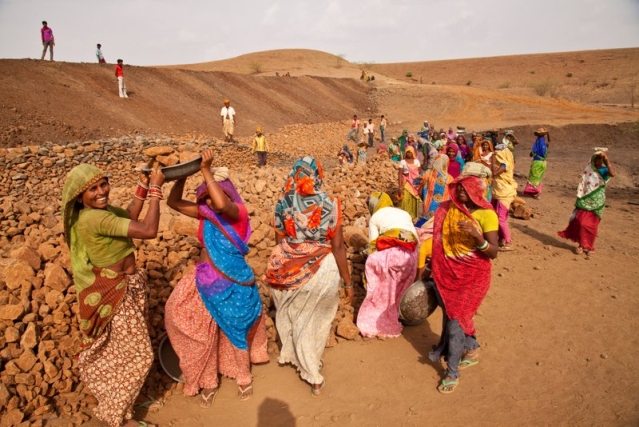 How 28 leading economists get basic economics wrong in their ‘save-NREGA’ SOS to Prime Minister Modi.

Twenty eight economists, some very well-known and including some who’re friends of mine, have written a letter to Prime Minister Narendra Modi expressing concern that the new government may dilute the National Rural Employment Guarantee Act (NREGA).

Predictably, the letter has been widely shared and praised.

Unfortunately, it misses the mark and tells us more about the authors’ ideological commitment to an entitlement-based welfare scheme such as NREGA than it does about their analytical ability as economists.

First, the letter notes that NREGA was enacted in 2005 with unanimous support of all political parties. This obviously is irrelevant in assessing whether NREGA has done what it’s proponents claim, but rather speaks to the fact that the Indian political economy is so far to the left that no political party can be seen as voting against a right to anything, in this case employment.

Second, the letter claims NREGA has achieved results by citing the statistic that at a cost of 0.3% of GDP, it has created some employment for 50 million households. This fails the most basic test of sensible cost benefit analysis, which requires us to ask, if that 0.3% of GDP had been spent differently, would it have had greater or lesser impact?

In fact, that it uses up one-third of one percentage point of GDP to create only some work for 50  million households — in a country of 1.25 billion people — sounds like a poor rate of return to me, compared to alternative uses for scarce government funds.Third, the letter tells us, in somewhat disingenuous fashion, that corruption levels have steadily declined. What the authors don’t tell us is that corruption and leakage remain a huge issue for NREGA as for other government schemes, with opportunity for enrichment by corrupt officials on the whole chain from the centre down to the state, the district, the sub-district and so forth.

As economist Arvind Panagariya, not a signatory to the letter, has argued many times and also told me in reacting to the letter, it would be best to convert NREGA into direct cash transfers married to Jan Dhan Yojana,the national mission for financial inclusion, and the Unique Identification (UID). This would, in principle, eliminate any possibility of leakage and greatly improve the efficiency of the program.

As it works currently, as Panagariya explained to me, NREGA is a bad deal. The scheme takes away labour of a worker in return for an above market wage.

Suppose NREGA pays Rs 120 and the market wage is Rs 80. The net transfer is only Rs 40, as the worker would have earned Rs 80 in the market. Adding in the material expense, Rs 50, the scheme spends Rs 170 per worker to transfer only an extra Rs 40.

Proponents of NREGA argue, without much evidence, that the scheme is responsible for rising rural wages. In fact, as pointed out many times by RBI governor Raghuram Rajan, only about 10% of rising rural wages can be attributed to NREGA, with the rest attributable to a host of factors including higher minimum support prices (MSPs).

An even more fundamental conceptual flaw with NREGA is that it pays only for unskilled work, so by construction rules out skill creation. As Panagariya puts it rhetorically, “How long do we want our workers to only dig holes in the ground?”

Fourth, the letter argues against a possible amendment which would restrict NREGA to the country’s poorest 200 districts.

Such an amendment would surely be sensible and a good second best if the scheme cannot be converted into a cash transfer. After all, with scarce resources, common sense suggests that they should be directed toward the most needy.

A study by Avani Kapur and Anirvan Chowdhury of the Center for Policy Research reports that in fiscal year 2010-11, Uttar Pradesh, which accounts for 20% of the country’s population that is below the poverty line (BPL), generated only 13% of total NREGA employment. By contrast, Andhra Pradesh and Tamil Nadu together accounting for 8% of rural BPL households but got 23% of total NREGA employment.

In other words, richer states are benefitting more than poorer ones for a scheme intended to help the poor!

Rather than addressing the serious economic issues around the possible amendment to make the scheme targeted to the poor, the authors of the letter reveal where they’re really coming from in providing an ideological, rather than economic rationale, for the universality of NREGA. They write that “gainful employment that affords basic economic security is a human right”.

Obviously, if you have a prior ideological commitment to a universal entitlement based welfare scheme, such as NREGA, you’re going to want to see that scheme continue whether it makes good economic sense or not.

It’s surprising and disappointing that the collective intellectual firepower of these 28 distinguished economists ends up producing a document which is short on sensible economic analysis but long on ideology and rhetoric.

Let’s hope that the Prime Minister won’t be swayed by the collective star power of these economists and places the letter where it belongs, which is in the circular file.