This Is No Demonetisation; At Best We Can Call It ‘Decurrencification’ 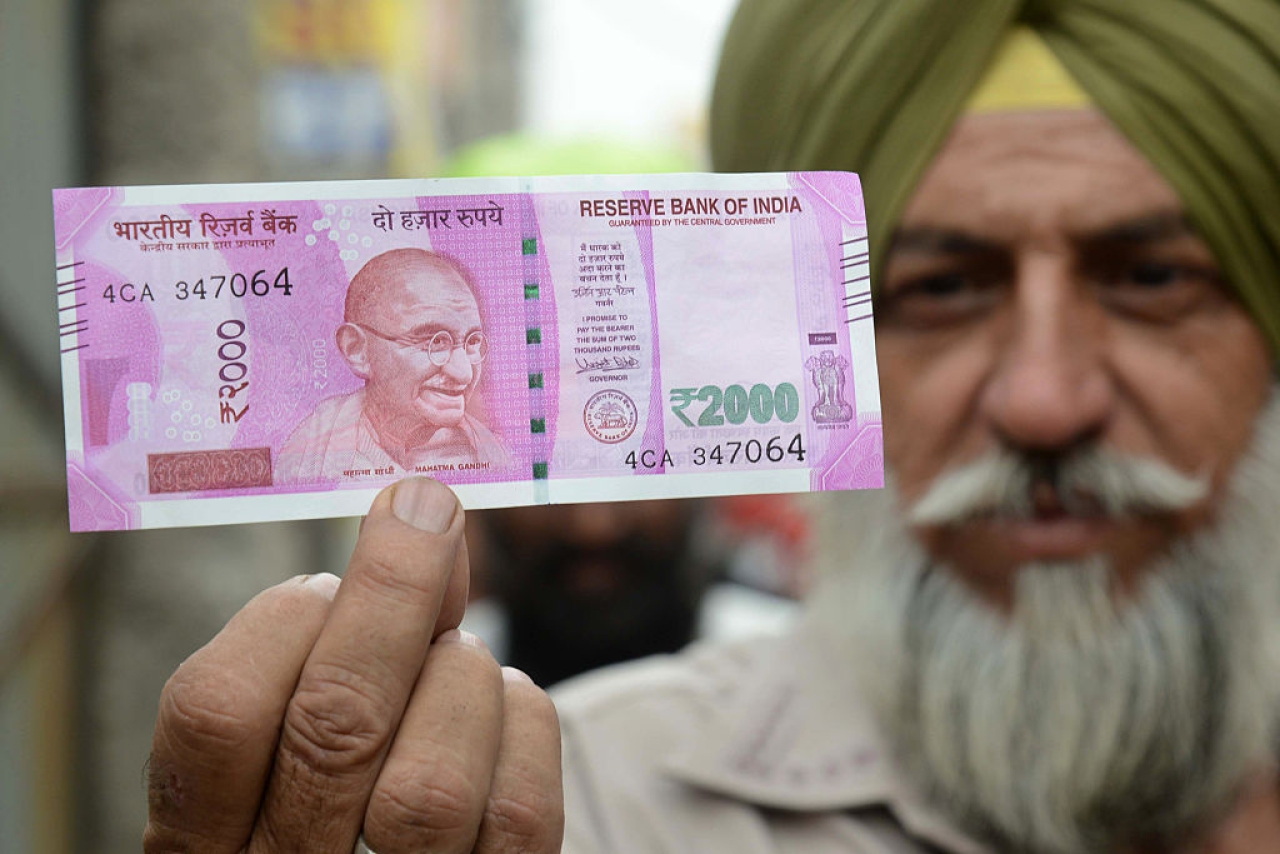 Corruption of the language suits governmental interests. Despite the perceived benefits, and even conceding that some of the otherwise grandiose claims might well be true, the current demonetisation exercise is more a case of “black is white” than rooting out black money.

Of course, no one has questioned the term “demonetisation” and so it becomes more incumbent on the endangered species of Austrian School economists to do so. Let’s start with what is money? Money is a medium of exchange and a store of value. The required attributes of desired monies would be durability, divisibility, convenience, consistency and having a value on its own.

The markets had long decided that only gold and silver constitute money and despite what governments all over the world tell their citizens, currencies are just convenient and temporary money substitutes and not money. It’s important to remember that currencies are convenient far more for governments than it is for the public. Over longer periods of time – usually running into a few decades and very rarely more than 100 years – citizens understand in very practical terms that currencies are very different from money. Argentina and Zimbabwe citizens are currently undergoing the same, and anybody who happened to put his or her Indian rupee under the mattress for a couple of decades, or even a fixed deposit, would know what I mean.

Just as a government has no right or basis to define what food is, it has no power to define what money is. Gold/silver do not get their purchasing power based on legal tender laws, but despite the actions of ignorant/malicious government propaganda against them, currencies are the exact opposite. In the absence of legal tender laws (one can be prosecuted if you refuse to accept rupee in India or the dollar in the US), currencies would lose their purchasing power in short order. In the long run, they would lose it anyway – markets eventually overpower regulations and diktats and it will be no different in the case of currencies.

To call the current drive as demonetisation is just Orwellian. A more appropriate word is “decurrencification drive”. Governments cannot demonetise gold/silver nor can they monetise paper, i.e. currencies. The current situation of gullible citizens equating currencies with money is just an ephemeral phenomenon in the epoch of commerce. And as they say, this too shall pass. I will leave this issue at this.

It is but insane to assume that the big fish have been trapped here. Prime Minister Narendra Modi’s intentions might be honourable and may not be for personal material gains, but he is essentially a product of the system. He could never have risen through the ranks, nor shake off his historical dalliances. Additionally, he is part of a party that needs tonnes of cash to run – most of which continue to be received in the form of cash deposits (a euphemism for black money).

So to say that Modi is against “black money” is to stretch the truth. At best, he is against a certain category of “black money” (perhaps the mid-tier business class). Given the kind of leaders that democracies generally produce, that is a great quality which we have not seen in India in a long time now. Whether the current decurrencification drive would root that out even in the medium term is a different question altogether.

Having said that the big fish would have escaped the current drive, I should also point out that the bottom rung of businessmen, with turnover of around Rs 50 lakh, would also escape this initiative. In a way I don’t begrudge that at all…. let’s take a typical Raju store guy… he is not making his money by taking bribes, but by primarily serving the needs of his local clientele to the best of his abilities in an intensely competitive landscape. Him not paying taxes might indeed be a legal issue, but what choice does he have to feed and educate his family? In any case, he pays more than a fair share through the inflation tax. But it indeed is a fact that he is cheating the government, but isn’t it equally true that governments have cheated all of us for the last 70 years? Just look at the grandeur that most politicians live under and compare that to the common man or even a well to do businessman. It’s just been a case of organised plunder and nothing of that is going to change substantially. Unless….

Also, does Modi sincerely believe that the BJP, Congress, Sharad Pawar and others of their ilk will not build up their cash stash in short order again? Can he ever prevent the black money transactions that happen daily in government offices dotted across the country? Under the present dispensation, he cannot. Unless….

As classical economists have pointed out repeatedly, the only two requirements to build a civil, moral and a prosperous society are limited government and sound money. Unless Modi can internalise this simple and yet, extraordinarily uncommon practice, we will return to the case of a black money economy surfacing every few years.

As citizens, we are taxed to death and get very little in turn. Most services of the government, i.e. water, electricity, railways, highways etc, are more than paid for directly. In fact, they would do us and themselves a world of good, if they can just privatise these services. Modi should work towards downsizing, if not closing all governmental functions – excepting for defence and justice systems. And were he to deregulate and transition to a market economy, the need for the above mentioned two would dramatically reduce on their own. Most of what governments choose to define as terrorism is indeed “blowback” and most of the legal issues pertain to the maze of regulations and taxation rules we have created for the society.

Furthermore, transitioning to an entirely free market economy is the easiest way to ensure that nobody gives a Rs 10 lakh suit to a politician. A market economy would guarantee that our PM doesn’t have to go around calling Trump as Donald because we need foreign capital. A prosperous society would never see douchebags accepted even at a municipal level, let alone as the face of a national party. There’s no greater shame that socialism and regulations have delivered to the country than the ensemble of political leaders, barring exceptions.

So to eliminate black money and to deliver prosperity on a sustainable basis there are much simpler solutions than what Modi has started with. Eliminate income and corporate taxes upto Rs 1 crore. Move to just a two tier goods and services tax rate – a 4 per cent and a 10 per cent. The only compromise for Modi (not for the citizens) would be a massive downsizing of government. Modi has demonstrated admirable courage in bringing this decurrencification scheme. It’s time he demonstrated intellectual courage and closed a whole host of government schemes in their entirety – starting with his pet Swachch Bharat. If National Rural Employment Guarantee Act (NREGA) was paying people not to work, Swachch Bharat is literally money (or should I say currency?) down the toilet. Wealth, cleanliness, health, education, etc, are all outcomes of economic growth, and try as you might, governments cannot mandate these goals.

But with the above downsizing, we would witness an unprecedented economic boom and inflow of capital that people would no longer be interested in NREGA jobs, government schools/toilets or the pathetic free healthcare services provided through government hospitals.

That said, from a short-term perspective, this indeed is a laudable effort. But again, Modi should remember that the gains – monetary and non-monetary – are temporary. The monetary gains should be used to pay down the government debt and not launch another of Modi’s pet ideas with lofty but undeliverable goals. The non-monetary gains of goodwill should be used to deregulate and downsize. That indeed is the real opportunity that Modi has created for himself through this drive.

So is it indeed a “Lee Kuan Yew” moment? Hardly. But are the temporary troubles and inconveniences worth the temporary benefits? Maybe.

Get Swarajya in your inbox everyday. Subscribe here.
Tags:
3 Shares