Time To Give Central Bankers The Boot: US Fed, ECB Are Past Their Sellby Dates 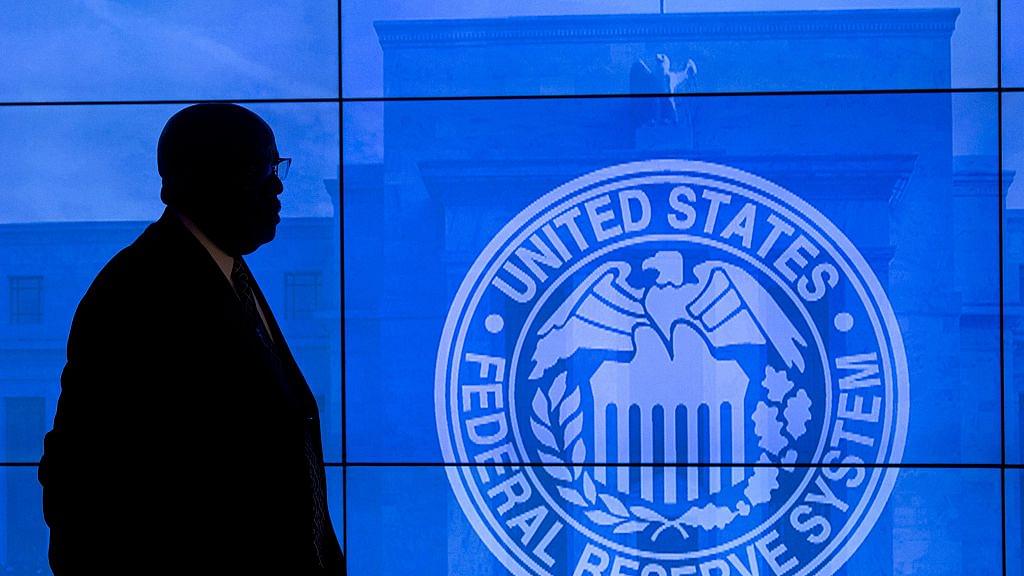 That the world economy is not healthier than what it was on 15 September 2008, when Lehman Brothers filed for bankruptcy, is obvious. Despite eight years of post-Lehman salvage efforts by governments and central banks, the only thing we can be certain about is that the system is broken. At the core of the system are central banks, who have been at the forefront of the firefighting.

Is the idea of central banking past its sell-by date?

Before we answer that in the affirmative, let us first accept that they have largely failed to do much good.

The global financial crisis happened nearly eight years ago, taking Lehman as the starting point. Since then, the US Fed has tried everything in its playbook - near zero rates, several versions of quantitative easing, etc - but the US economy is not any healthier than it was in 2008. If it was, we wouldn’t have had to watch a spectacle where Donald Trump and Bernie Sanders are the flag-bearers of change. The US Fed has little credibility left.

Europe, despite having a sterner German monetary backbone at its core, has now drifted into negative interest rate territory. It shows no signs of a return to rude health. The remedies for cancer and a faulty common currency don’t lie in bandaid or opening the money tap respectively. The European Central Bank has failed to set things right.

The Bank of Japan has been at it for 25 years, but the Japanese economy just refuses to respond to monetary viagra or fiscal ginseng. Structural problems relating to an ageing population, cultural factors that prevent the entry of talented immigrants, and an economic system that’s been in rigor mortis for decades cannot be fixed just by flushing money down the toilet. What can negative interest rates do now when 25-plus years of low-cost money couldn’t make much of difference?

In India, we have battled inflation with higher and higher rates for nearly five years, but prices moderated only when the world went bust and oil prices crashed. While monetary policy did send a strong message to the UPA government on the need to fight inflation, India’s inflation has no cure that Raghuram Rajan can hawk from his medicine chest.

The solutions to India’s structural problems with inflation – just as the West’s possible slippage into structural deflation lie in reforming the factor markets and allowing economies to adjust to the new normal. Monetary policy has no remedies in complex adaptive systems like multi-player economies, where people and corporations respond to hidden incentives and penalties as they see them and not necessarily as Janet Yellen or Raghuram Rajan see them. Interest rates and money supply are only marginal elements in how companies and individuals finally act.

It is time to pop the question again: is central banking past its sell-by date? Does its mere existence make us believe that the Fed chief or the RBI boss may have cures (for inflation, slow growth, deflation, whatever) when they don’t? Isn’t it foolish to hang on every word of a central banker every two months in the vain belief that these ladies and gentlemen know something we don’t?

This may sound ridiculous to some ears. It’s a bit like asking do we need a state? Or do we need government? When institutions have been around for so much time, it is scary to think about what we would do without them. The thought of not having a central bank minding our money is this scary. Human beings like to think someone beyond God is in control.

But consider other such questions where we have answered differently. Do we need patriarchy? Do we need marriage? Do we need laws banning same-sex relationships? These have been around even longer than the modern state or central banking, but we are today questioning their relevance. When the old ways of doing things do more damage than good, we should question their basic rationale.

On central banks, let’s start by considering what they do – in some or all the countries which have them. They control money supply, set interest rates, print currency, act as lenders of the last resort to commercial banks, make rules for banking (often in consultation with the government), and supervise banks, penalising those who contravene rules.

But can these functions be done by someone else? Surely, banks can be supervised by a regulatory body like Sebi? Printing notes can be done by any public (or private sector) organisation once a decision is taken to do so. If there is an efficient market for money, the market can set interest rates. Why would the Reserve Bank have to tell the market where rates should be headed? The rest – control of money supply, setting rates, etc – are related to this aspect of the central bank trying to tell the markets where rates should go.

The critical factor that differentiates a central bank from any other financial institution is its monopoly on printing currency (not the actual act of printing it, but the decision to do so, whether by allowing governments to borrow more, or by artificially expanding or restricting money flows). Even though fiscal policy impacts monetary policy and its direction, central banks do have a near-complete monopoly on is the issue of currency. Nobody else can do it. If I print good enough currency, I will be sent to jail.

So the right question to ask is not necessarily whether we need central banks, but what they should do. And what should be their powers.

My answer is simple: central banks do not have monopoly on wisdom. The market and many players in it can also have the same wisdom. What the central bank does have a legal monopoly on is the right to issue currency. And it is this monopoly that gives it omnipotence and builds expectations around it that it can cure all ills by raising rates or printing currency.

When people have no currency by the dollar (or the rupee, or the euro) to use as currency, we end up with serious distortions. Consider just some of them.

The US dollar is the world’s basic currency for settling transactions. But thanks to this status, it has actually strengthened in value after 2008 when the US has done nothing but print money. When you increase currency supply, its value should fall, but in the case of the US dollar, the opposite happens because there is no alternative.

Since 1971, when the US abandoned a fixed dollar-gold price, gold has shot up from $35 an ounce to around $1,253 today. Effectively, the US dollar has depreciated against gold by an annual compound rate of over 8 percent over the last 45 years, but none of this is reflected in the dollar’s exchange value with other currencies. In contrast, the Indian rupee has consistently lost 5-7 percent per annum against the US dollar due to inflation differentials and other factors.

We can conclude that the current system has given the dollar strength that it does not deserve. Worse, by being too strong, it is also preventing the US from becoming an export powerhouse.

Just as we can now hold dollars, euros or rupees as currency, there should be place for gold-denominated paper or other forms of private currency that should also compete for place in our wallets.

The short point is this: we need to end central bank monopolies in issuing currency, and allow any legitimate private party or agency to issue currency, subject to certain strict rules supervised by a regulator who is not the central bank. The idea should be to keep crooks out, but allow legitimate issuers of currency to give people alternatives to fiat currencies, whose values can be unhinged from reality.

It’s not that alternate currencies don’t already exist – only they are not quite legal. There is Bitcoin, an artificial currency that is currently valued at $428, or €375. In Indian rupees, a Bitcoin is worth Rs 28,489 as of today (12 April).

Quasi currencies already exist (apart from gold) – your Sodexo coupon is a limited food-only currency. The only problem is it has a fixed value to the rupee, and so it is essentially a limited rupee. School vouchers are also money, but limited in scope to some transactions, though they can conceivably be sold to others.

To be sure, it is possible to allow all citizens to hold any currency they want (we call it capital account convertibility), but this still leaves only central banks as monopolists. When we want to end the abuse of monopoly, we talk competition. Central banks need competition from private or rival issuers of currencies.

This would be a useful step away from the awful international monetary system we constructed after World War II. That system is past its sell-by date, just as central banks are.

The world economy needs a monetary reboot, and for this booting out central bank monopoly in currency issue is vital.