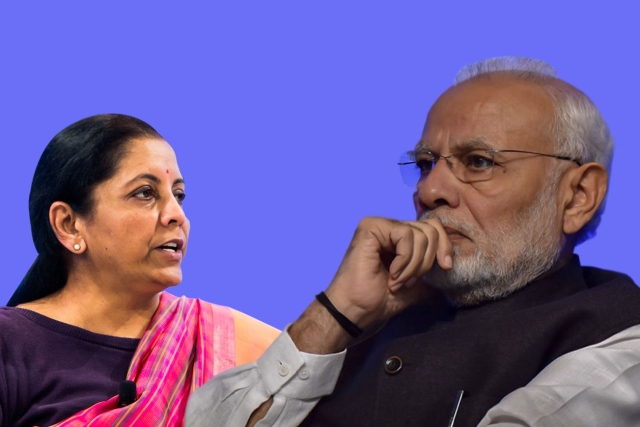 Reports have emerged that state governments are willing to increase the lowest Goods and Services Tax (GST) slab from 5 to 6 per cent in order to generate an additional monthly revenue of Rs 1,000 crore.

There has indeed been a tax shortfall in the current financial year and perhaps, state governments believe that increasing the rates would help them garner greater revenue to meet their expenditure commitments.

The thought of increasing taxes during a slowdown infuriates me and makes me wonder if they’ve totally lost the plot.

Despite pressure from state governments and the inability of the Centre to compensate for revenue shortfall for the current financial year, the Central government should ensure that such an absurd decision is not undertaken by the GST Council as it would not be in the best interest of our short-term growth prospects.

Tax Revenue and Growth: It is well established that tax revenue is a function of tax rate, compliance and growth rates.

The fact that growth rate in the current financial year is expected to be at 5 per cent, one must expect a slowdown in tax collections.

Insisting on compensation from Central government or raising tax rates to garner revenue is detrimental for the prospects of a swift recovery which will further add stress to the state government’s revenue in the coming financial year.

This follows from the fact that at present, consumption remains muted and, therefore, increasing tax rates does two things.

First, it sends a wrong signal to consumers and it may even erode consumer confidence which may result in lower consumption.

The second is through its impact on disposable income, especially for the lower income groups which spend a significant share of their income on goods that are taxed at either 0 or 5 per cent.

An increase of 1 per cent will have a detrimental impact on their disposable income, which may further result in withholding of consumption.

What is worse is that if consumer confidence does get eroded, then it will take a lot more than just reversing this decision to revive it.

The consequence of it is that government finances may continue to be stressed for the upcoming few months and we may have only prolonged the bottom-out phase by undertaking a decision which is the equivalent of a self-inflicted pain.

A key question to the Finance Ministers of different states is if they’re willing to take such a big risk for a small sum of Rs 12,000 crore per annum which will be peanuts considering the amount that can be generated if only they focussed on revival of growth in their respective states.

It is precisely here where we see state governments underperform as they keep passing the buck over to the central government.

This is in contrast with the slowdown in 2011-2013 when we had three Chief Ministers – Narendra Modi, Shivraj Singh Chouhan and Raman Singh who registered impressive growth in their states despite a slowdown in the overall economy.

The question is do we have such Chief Ministers who can stand with the central government and assist it by following good economic policies?

Apart from revival of growth, the GST Council should also discuss in detail the steps taken by each state government in improving compliance in their respective states.

Some of the states were unable to garner adequate VAT collections and they seem to be benefitting from the central compensation from the GST without undertaking any sincere efforts.

If the revenue is not as robust as before, state governments should be willing to get rid of any of the State Public Sector Undertakings and get rid of their unutilised land in order to generate non-tax revenue.

It is indeed true that there are fiscal constraints which have become significant because of the current economic slowdown.

However, the position of central government finances is already weak thanks to the 14th Finance Commission and GST compensation commitments.

Therefore, state governments need to reflect on their past windfall and its utilisation as clearly, they’ve failed to generate enough resources for themselves.

Central compensation for GST shortfalls in 2019-20 may not be a reality, but it is a good thing as it will force the state governments to improve their fiscal positions, look at non-tax revenue sources and work towards improving compliance.

However, this is only possible if they don’t resort to absurd ideas such as increasing tax rates.