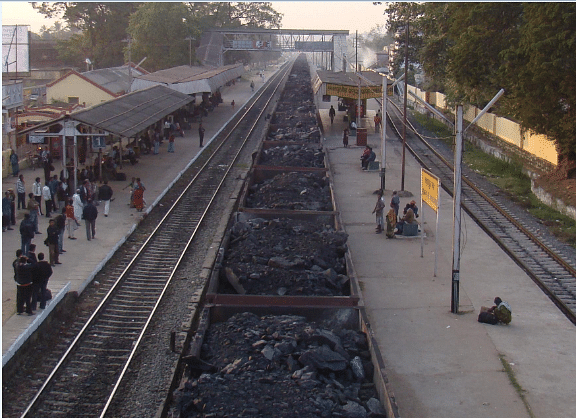 The conviction of former coal secretary H C Gupta by a Central Bureau of Investigation special court in one of the coal allocations is a sign of a much larger problem in India’s energy economy – that of mismanagement. And this partly explains how India is trailing China on ensuring energy security.

Energy is at the heart of any country’s assurance of economic security. Former United States president Barack Obama put it pithily when he declared ‘a nation that can’t control its energy sources can’t control its future’, spelling out a compelling reason for the need to get back to discovering the juice to power plants, cars and homes from within America instead of mining for oil in the deserts of Middle East.

Energy is the plumbing that underlies any economy. Below the flashing lights of banks of computer terminals, the smart cities, the digital economy is the energy lifeline. Roughly, for a 1 per cent growth of gross domestic product (GDP) for an economy, the rate of growth of energy supply has to be 1 per cent too. It has begun to climb down only now as energy efficiency of economies has begun to improve, both in usage of conventional fuels and larger use of renewable energy.

Even as Obama has pulled the US away from its oil fountain in the Middle East and geriatric Europe has decided it does not need so much of energy, coal or oil, the world’s two most populated countries – China and India – need more of those. Because of their common geological poverty, these two countries never had oil; but they have coal and lots of it. As the two fastest growing mass of people in the twenty-first century, it is impossible for the leaders of these two mega economies to let someone else control their supply of energy and control their future. So they are not going to give up on coal soon.

But that realisation has taken time to sink in. And it is this delay that has led to repeated crisis in India’s primary source of domestic energy – coal. The coal scam of which Gupta is one of the victims or perpetrators, depending on one’s point of view, was the culmination of this crisis.

As India became an independent country in 1947, the role of energy as a part of the nation’s security (whether as coal or oil) wasn’t up for debate among its battery of lawyer-politicians. Jawaharlal Nehru abhorred the energy race as a manifestation of the worst instinct of capitalism. Opening India’s first oil field at Ankleshwar in Gujarat, he demanded to know why a barrel of oil transported to London cost less than when sent to Mumbai. Nobody could give him an answer. Instead, independent India had inherited its first price control order for any sector – coal. The British government passed the Colliery Control Order in 1944 to keep prices of the mineral from shooting up and upsetting its cost of financing the Second World War. India would give up on the price control only in 1996.

By then price control had wreaked massive damage. In 1973, the year of nationalisation of coal mining, the official price of a tonne of coal was Rs 42. Fifty years earlier, it was Rs 7. The black market rate had moved up to Rs 100. While prices were kept stagnant, costs for the sector rose. One of the first laws passed by independent India’s government was the Coal Mine Workers’ Provident Fund Act. Price control on the product and raising the cost of hiring workers did magic for the sector – investments plummeted.

Since successive governments had no clear idea of how to secure energy security, with each decade India found itself drawn closer to the global energy battles. The two oil shocks of 1973 and 1979, the Gulf crisis of 1993 leading to the protracted disturbances in the Middle East and the rise of environment evangelists from Europe made themselves felt on India’s energy economy one after another. India would have to wait till the sixth Five Year Plan written in 1980-85 to get its first act on energy. Energy as a subject figured for the first time in the Plan document as the headline of a chapter. “The vital importance of energy, the growing problems of energy supply and the possibilities of inter-fuel substitution require that the policy and plans for individual energy producing sectors should (now) be part of an overall energy strategy,” then deputy chairman of the Planning Commission Pranab Mukherjee noted in the first sentence of the chapter. (India's Coal Story)

While in the closed economy model the policy planners messed up the production and allocation of coal, there were hardly any improvements made post liberalisation, except for opening up mining in a limited way to the private sector. That led the way for the coal scam. Essentially we have waged a ruinous war for almost 70 years between the government of the day and business over who would have the right to extract coal. It has even now not been fully settled which is why the government has prevaricated on whether to allow commercial coal miners to extract the mineral. The war has kept each government distracted about the larger necessity of ensuring energy security. As the table shows, each period of coal crisis has dragged down the growth rate of GDP and pushed up inflation.

The distraction has been costly. The economy has suffered high inflation that has kept interest rates high for everyone – it has allowed politicians to play favourites in offering cheaper alternatives and downstream users of coal like power, steel and cement have lost out on a long-term policy that could have got them coal at cheaper cost to improve efficiency for the economy.

These users are therefore keener to source coal from abroad, which means using the sea route. But this too has its share of problems. Unlike China, India has not been able to use its state-owned companies to get an advantageous price from countries like Indonesia, Australia or even Mozambique. Tata Power and Adani Power have learned to cost the risks of fluctuations in the price of imported coal when they have to sell power in a regulated domestic market. Since China has been able to handle the risks, it is in a position to provide a far better price of fuel for its companies.

Those risks are now likely to shoot up. The Middle Kingdom is stretching out to secure oil and gas supplies through its trans-continental pipelines on both flanks of India, through Myanmar and Pakistan. On carting coal to the mainland, China has a geographical Achilles Heel in the straits of Malacca. It is a thin waterway that could get blocked by an unhelpful neighbour when military tensions rise. To overcome that problem, China is investing in Gwadar Port in Pakistan to open an alternative line of supply. The China Pakistan Economic Corridor has a clear strategic meaning when read from the standpoint of energy security.

India’s energy security will correspondingly require a larger canvas to become effective. One step involves securing a committed line of gas supply from the United Arab Emirates or Turkmenistan. The alternatives from domestic sources are not easy. ONGC on Friday declared natural gas production is not profitable for the company, anymore. To its credit this government has begun to examine all aspects of energy for the first time in India. But the options have not eased up.

Renewable energy, despite India’s commitment to produce 175 GW by 2022, is realistically somewhat distant. Solar, for instance, even after assuming a 20 per cent CAGR, will only reach 100 GW even by 2030. As of now, within the present domestic installed capacity of 319 GW of electricity generation, 192 GW is coal fired. The share of renewable energy is 50 GW or 15.6 per cent of total. Gupta and other relics of coal era will take time to clear up. We need to keep a sharp eye on the larger picture.