To Improve Or To Initiate? 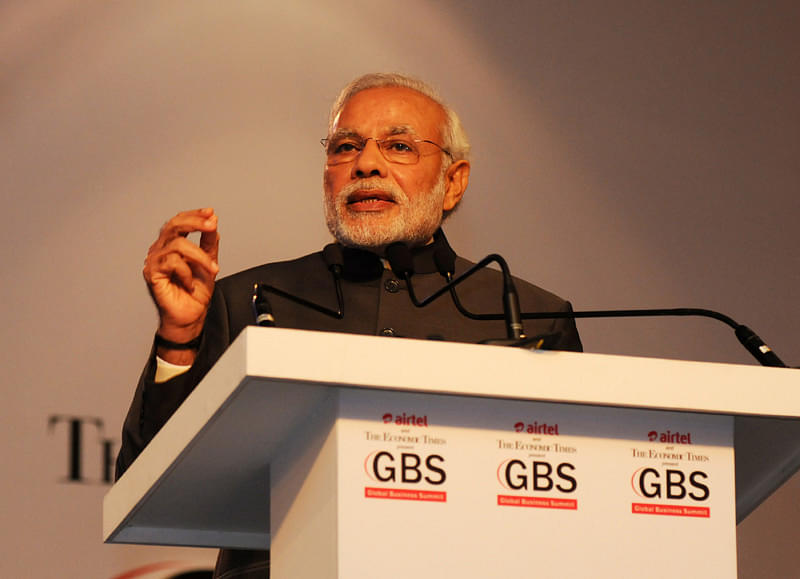 Does India need a consummate administrator or a creative policy maker? Building on the latest research done on MNREGA, Aditya Kuvalekar to answers that question.

Last week I had a chance to attend a seminar by Karthik Muralidharan, an economist at UCSD. For those who don’t know about him, Prof. Muralidharan has worked extensively on various welfare schemes in the Indian context and is far more than an expert when it comes to the knowledge of how NREGA works on ground. He has given some excellent commentary on NREGA in general and the paper he discussed in particular in this article. For those who might stop reading further upon knowing that he has worked on NREGA, I would request them to show some patience as like his seminar, this article  too, will not argue about the benefits of NREGA or whether it is a good policy or not.

The seminar last week was based on his recent paper that talks about the outcome of improving implementation of NREGA in Andhra Pradesh. The reason why even looking at this question makes sense is because in India, considering how our politics works, most of the emphasis is on launching new schemes. The conventional wisdom is that improving an existing scheme doesn’t reap electoral benefits.

One major reason, from what I know, for this belief is because the systems are often broken beyond repair and to fix them requires extensive efforts, resources and time. It is not the efforts or the resources that are really the bottlenecks. It’s the time. Given that a government faces an election every five years, it becomes somewhat a risky venture to focus on better implementation of a certain policy that was started by the previous (different) government. Taking, “We improved how PDS works” to voters is prone to attacks from both the opposition and the media. Having said that, at least to my knowledge, there hasn’t been a government that has focussed on implementation and taken it to voters. Hence, insofar as I am concerned, I am not sure if the conventional political wisdom is right. And perhaps this opinion of mine is somewhat bolstered by this paper by Muralidharan et al.

The brief background to the paper is this. Prof.Muralidharan, and his co-authors (Prof.Niehaus and Prof.Sukhtankar) ran a massive randomized control trial in Andhra Pradesh essentially linking the NREGA employees to bank accounts electronically. This will mean that the money from NREGA will be transferred directly to the beneficiaries’ bank accounts, unlike the old times where the money would reach the implementors and they would disburse it to the people. This aspect is related also to Modi’s speech in parliament where he highlighted how a record number of Aadhar cards have been linked to bank accounts enabling a massive financial inclusion. To understand why this is an important question, I will make use of something that Prof.Muralidharan highlighted during his talk. Basically there are three kinds of money laundering innovations in NREGA.

The first are ghosts. There is a fictitious person, say, Sanjay, on whose name there is some work that is shown to have been done in NREGA and therefore he gets paid by the government. Sanjay doesn’t exist and the money is siphoned off by the village head(s) who “created” Sanjay. The second is quasi-ghost. There’s a guy called Sanjay who worked for 50 days. The bill, however, is submitted to the govt for 100 days. Money comes to the village head who pays Sanjay for his 50 days and usurps the remaining money. Sanjay is unaware of this but doesn’t care. Third is an exercise of power. Sanjay worked for 100 days and the govt pays the wages for 100 days to the head. The head tells Sanjay to take the payment for 80 days and go home or face the consequences. Sanjay yields.

Now, let’s come back to the “linking of bank accounts so that the money is paid directly into the bank accounts of beneficiaries” method. Most certainly, the second and third kind of corruption is nearly impossible with this arrangement. The only possible thing is creating a fictitious person along with his biometric record and bank account. A considerably more difficult thing to siphon off some money. Unsurprisingly a huge improvement is observed in terms of the leakages. Significantly fewer leakages and much more happier people.

A big question in migrating to this method is also related to, “Do we want a fool-proof system?” As mentioned, in the newer system also there were some leakages. As Mr.Kejriwal would say, “Yahi to scam hai. Hum isko khatam karenge”. The problem is, if you squeeze all the avenues by which the heads make money then they have absolutely no incentive to run NREGA in the first place. It’s an administrative hassle that brings no benefits if there’s no money to be siphoned off. Therefore, it’s in fact a good news that some money is still leaked. What we now have is the heads making significantly lesser money than before but still enough to ask the central government for NREGA funds to run it. That’s the most important takeaway from the whole story.

While there are varying opinions of people outside the academia (occasionally well-founded) on what economists do understand and what they don’t, there can hardly be any disagreement on one thing that economists understand very well- incentives. Prof. Muralidharan and his team did in fact study in great detail how the incentives of the village heads were affected by a cleaner system. Even in the seminar I attended, a number of leading economists asked the same question, “If you close the channels by which the village heads can siphon off the money, what’s in it for the heads to even run the program?”

What this highlights is that all the discussion on honesty and integrity should take a backseat if we are serious about consequences. Let’s focus on incentives and see what do we bring to the table. In this case, the evidence seems rather unambiguous in that sense.

This brings me to the original point of service delivery vs new schemes. While this is a question of opinions, Narendra Modi, for me, has always been a kind of a person who would execute things really well. I never viewed Modi as some great free-market reformer who would privatize things the moment he arrives. For me, he has always been a fantastic manager of his resources. His strength lies in ensuring that whatever initiatives he undertakes actually bear fruits on ground. The question then is, from the perspective of 2019, can he afford to do that? And perhaps more importantly, does India need a better implementor or a creative policy maker?

I am not suggesting Modi and his team are not creative. But my answer to the latter question is that India doesn’t need a creative policy craftsman at the moment. The stage where we are, very well implemented “not-best” policies will deliver tremendous results than poorly implemented “best” policies. If a few economists like Prof. Muralidharan and his co-authors, as seen through this one study, can bring conclusive changes to an existing system in just two years, then a seasoned administrator like Modi in co-operation with such economists, can easily surpass these results. Unlike the UPA, the passion to swindle away resources in the name of poor seems significantly less with Modi and his ministers.

From the perspective of re-election, if this one study is to go by, then there’s a strong reason to expect Modi to be able to reap rewards by improving implementation. Moreover, if he makes use of passionate economists like Prof. Muralidharan in his implementation of his goals, only sky is the limit. I look forward to such a co-operation.

A miserable engineer turned into a PhD student in economics. He enjoys decision theory, matching, game theory. Other interests include maths and cricket.
Get Swarajya in your inbox everyday. Subscribe here.
Tags: