Tweaks In E-Commerce Policy To Rein In Amazon, Flipkart Are Right – Upto A Point 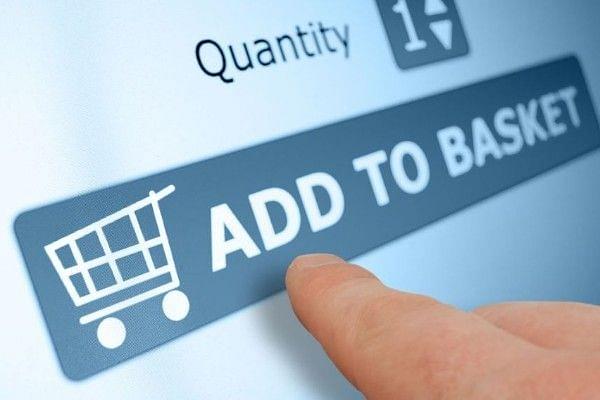 The government’s modified policy on online retailing, which bars so-called marketplaces such as Amazon and Flipkart from selling products routed through companies in which they have a stake, is one of those decisions that will be tough to police and implement. When the government, some time ago, restricted e-commerce marketplaces from sourcing more than 25 per cent of sales from any single entity, they merely created more complex structures and new vendors to meet these norms. So, it is quite possible that Amazon and Flipkart will find a way around the new norms.

The new norms additionally ban brands from having exclusive arrangements with specific platforms and call for equal treatment of all vendors in terms of logistics, financing, fulfilment, warehousing and payments. The idea is that small vendors and suppliers to these platforms should not end up being undercut and killed by the heavy discounts and cashbacks now on offer at online marketplaces.

One uses the term “so-called marketplaces” because many of the big sellers on the Amazon and Flipkart platforms are companies in which they own stakes, companies like Cloudtail and Appario, both linked to Amazon. Amazon and Flipkart have chosen to be marketplaces only because current policy does not allow them to become full-fledged retailers. But they are not barred from doing wholesale business. So, they find a way to use their wholesale purchase clout to feed their marketplaces.

On the other hand, it is quite clear what motivated the new, more restrictive, norms: the rising dominance of online retailers and the shrinking power of small traders and businesses, both core constituencies of the Bharatiya Janata Party (BJP). These constituencies have been antagonised by demonetisation and the goods and services tax (GST), and their estrangement from the party they have always preferred was a contributory factor to the BJP losses in urban constituencies in some of the states that went to the polls recently.

The power of online retailers is a simple one based on their access to billions of dollars in equity from their global parents – Amazon US in the case of Amazon India, and Walmart in the case of Flipkart. Large investors such as Softbank and private equity players have also been willing to funnel billions into Indian e-commerce.

It is this power of free-flowing capital that allows Amazon and Flipkart, not to speak of Paytm Mall, to deliver endless discounts and cashbacks, which impact the offline sales of many of their key small and medium vendors. Since these global majors are also present at the wholesale end of sourcing, it means that small vendors are caught in a pincer: when the wholesalers buy from such vendors, the latter have to offer the most competitive prices to get business; but the online platforms then beat them down further by offering huge discounts which dent the same vendors’ offline sales too.

In 2013, when the United Progressive Alliance (UPA) wanted to allow global retailers to enter multi-brand retail, it faced a huge backlash from India’s small traders and businesses, who feared for their livelihoods. It is interesting that the entry of online retailers in the avatar of “marketplaces” has ended up making these fears materialise anyway.

The fundamental dilemma the government faces is this one: who do you support, the millions of consumers who benefit from these discounts and cashbacks, or the producers and small traders whose livelihoods are being emasculated by online retailers?

In western economic theory, consumer interests should get preference in policy, but this actually is unbalanced, for ultimately the ability of the consumer to consume depends on the livelihoods made possible by producers, even if they are fewer in number than consumers.

It is the same dilemma which complicates our food policy: should we keep prices down for consumers with subsidies, or support the millions of farmers, the producers, who produce the food at uneconomic prices?

The short answer is that there has to be a balance. Letting uneconomic producers die in droves creates monopolies, which ultimately will not benefit the consumer; but regulatory restrictions should not be so onerous as to prevent the markets for goods and services from functioning efficiently.

The Narendra Modi government’s efforts to restrain the freebie culture of e-commerce marketplaces, which reduces competition, makes sense both politically and economically. However, over the medium term, the disruptions in the marketplace need to be accommodated so that consumers benefit, and genuinely inefficient producers are gently weeded out.

Unfortunately, no government can know the right middle path to follow in balancing the interests of producers and consumers. It will always be a muddle path. The only issue to underscore – as the endless subsidisation of the farmer shows – is that markets or marketplaces should not be endlessly second-guessed. Interventions to protect small businesses and livelihoods must be time-bound and limited. They cannot become permanent, market-distorting realities.