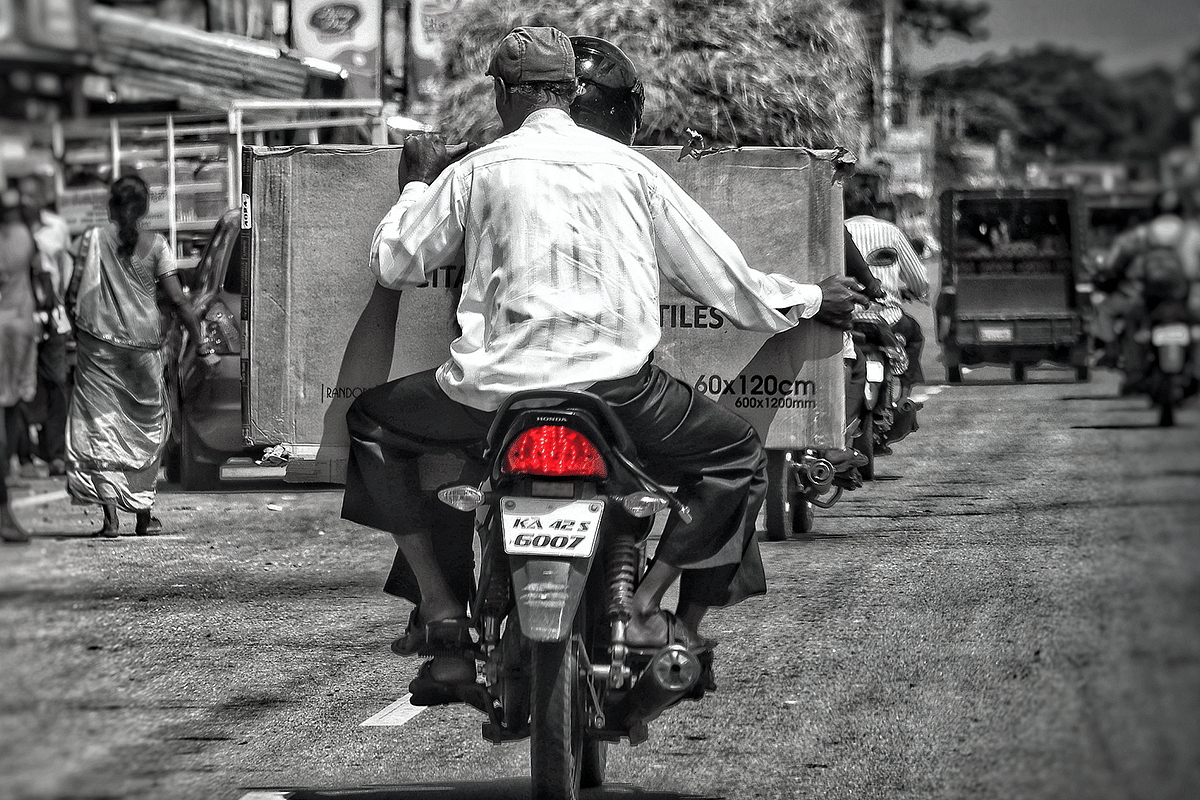 A man rides a two-wheeler.

Demand for two-wheelers, especially scooters, is witnessing a surge, though automobile manufacturers reported a drop in two-wheeler sales in June compared with the same period a year ago.

Major automobile manufacturers such as Hero MotoCorp, Honda Motors, Bajaj Automobiles and TVS Motors reported a drop in sales during June compared with last year but the off-take of their products was higher than in May.

Hero MotoCorp, the largest two-wheeler manufacturer globally, told the National Stock Exchange that it dispatched 4.50 lakh two-wheelers in June this year against 1.12 lakh units in May. Compared with June last year, its sales declined by 26.86 per cent.

India’s second-largest two-wheeler maker Honda Motorcycle and Scooter India Pvt Ltd has reported a 55 per cent decline in sales this June compared with last year. However, compared with May this year, dispatches of vehicles nearly trebled in June.

TVS Motor reported a 33.2 per cent fall in total sales in June compared with June 2019. The sales, however, do not capture what is actually happening in rural India.

According to automobile analyst Chirag Jain, rural demand for two-wheelers is anywhere between 70 per cent and 80 per cent of the levels seen before the nationwide lockdown to tackle novel coronavirus (Covid-19) was implemented on 25 March.

Hemant Jain, a Ranchi-based Hero Motor dealer, told Swarajya that he is currently seeing a 12 per cent jump in sales of two-wheelers compared with the same time last year.

The automobile dealer, who has been in the trade for over three decades, said that manufacturers were, however, only meeting 40 per cent of their demand.

Rating agencies such as Motilal Oswal have pegged a drop ranging from 7 per cent to 79 per cent in factory gate automobile shipments.

Currently, most dealers are managing with the stocks they had been having with them. For example, a dealer in Jharkhand who had about 3,000 two-wheelers with him currently has a couple of hundred vehicles only.

Chirag Jain said the current demand is in view of a pent up demand that was lost during April and May — a marriage season in India. He said dealers expect the lost marriage season demand to continue this month too.

Expecting the demand for two-wheelers to continue for the next 12 months, Hemant Jain said that 70 per cent of two-wheelers sales are in cash.

“The Rabi crops harvest has been good in terms of yield and realisation. Prospects for Kharif crops, too, are upbeat in view of timely monsoon,” he said, citing reasons for the rebound in rural demand.

Hero MotoCorp said in its statement to the National Stock Exchange that a significant chunk of the sales is coming from rural and semi-urban markets that were beneficiaries of various government stimulus packages.

Another major reason for the demand in two-wheelers in rural areas is because of the lack of transport facilities.

“In places like Ranchi, there is no public transport for people to travel. This has forced people to buy two-wheelers,” Hemant Jain said.

Analyst Chirag Jain, however, said that demand for four-wheelers is being put off, far more than expected.

Automobile manufacturers are finding it difficult to increase production to their optimum capacity as some of the ancillaries were shut during the nationwide lockdown.

Shortage of funds and labour forced them to shut and it will take a couple of months before they can be revived.

“Some manufacturers are trying to make arrangements to help the ancillary units to revive. But it will take at least two months,” said Hemant Jain.

Fears over Covid-19 and the need for physical distancing have also propped up two-wheeler sales.

“People in urban areas particularly are looking at various options of physical distancing. They see two-wheelers as one of the best options,” Hemant Jain said.

Demand for scooters is high since families are looking at a viable transportation mode for their female members. That way, scooter sales are likely to be higher than motorcycles.

According to Hero MotoCorp, demand is likely to continue in view of a good monsoon, higher remuneration from Rabi harvest and the oncoming festival season.