We Need A Marshall Plan for Indian Agriculture 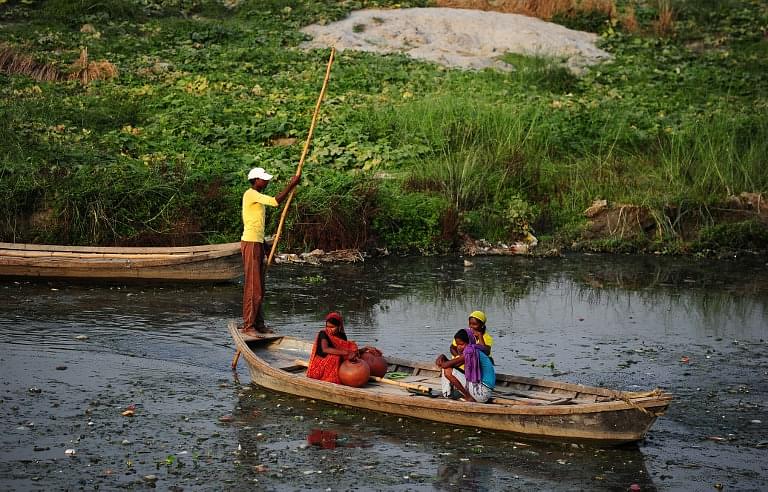 Farmers’ leader Sharad Joshi argues for massive government investment in agriculture for improving the condition of the farmers.

In August 2001, in the report of the Task Force on Agriculture that I headed, I had estimated that the loss caused to India’s farmers due to the anti-farmer policies and measures of various governments in the previous twenty years (1980 to 2000) was of the order of Rs 300,000 crore on the basis of the data provided at that time to the World Trade Organization by the Commerce Ministry, then headed by the present president, Pranab Mukherjee. I had then said that the situation of Indian agriculture is comparable with the situation of the devastated countries of Western Europe and Japan after World War II. I had then suggested something similar to a Marshall Plan for Indian agriculture.

That suggestion still holds, fourteen years later. The situation of Indian farmers now is even worse. I would hold that the losses suffered by the Indian agriculture under Narendra Modi’s Development Vision are worse than under Jawaharlal Nehru’s Socialist Vision. I think it would have been better had I had the advantage of actual figures of war losses so that I could make a more valid comparison between the present situation of Indian agriculture and the post-War II situation of Western Europe. My judgment is that the balance of trade between India and Bharat was more devastating than the War bombings. So, if at all, Rs. 300,000 crore is a slight underestimate of the losses suffered by Indian agriculture to date.

The estimated size of the ‘Marshall Plan’ investment for the Indian farmers would be around that figure. There should be no difficulty for the government to raise that kind of a sum through the issue of bonds to the public; it is frittering away much larger sums on purely eleemosynary programmes like the National Food Security Act, etc.

The money so raised should be used primarily for two things. One, for creating rural infrastructure, including cold storage houses and refrigerated transport of farm produce between farms and market places. Two, to help farmers pay off their debts and waive off their electricity dues.

I don’t understand why people criticize farm loan waivers and have doubts about whether this will be sustainable. The loan waiver is actually a reimbursement of the sums that the government owes to the farmers. Last time the loans were waived, it was a pittance. The correct loan waiver would be at least of the order of Rs 300,000 crore and not Rs 60,000 crore or Rs 78,000 crore. Besides, if farmers are unable to repay their loans it is because of anti-farmer, price-depressing measures of the government.

My proposal to waive off electricity dues of farmers will also meet with a lot of criticism. I have written amply on why the farm electricity charges need to be waived. The Task Force report points out that agriculture receives residual supply of power, after industrial, commercial and residential consumers are served. The voltage of this residual power fluctuates widely. “It is unreasonable to expect that farmers should pay the average cost of production when they are really getting substandard supply,” the report had said. Apart from the poor quality of the electricity supply, the amount taken into consideration on account of electricity charges in the calculation of cost of production of farm produce by the Commission on Agricultural Costs and Prices is very much short of the actual expenditure of the farmer on electricity tariff.

The Marshall Plan must be accompanied by a paradigm change in the government’s role in agriculture. Agriculture in India is highly state-controlled and strait-jacketed by laws, by-laws, rules, regulations, red-tape and more. Reduction, if not complete removal, of state interventions from agriculture is absolutely necessary.

I end with a paragraph from the Task Force report, which continues to remain valid: “After thousands of years of enslavement and exploitation, with changes in the situation world over, chains binding down farmers are now cracking. Opportunists would like us to believe that there is happiness in living as slaves and that freedom is dangerous and painful. Farmers cannot be deceived by such calumnies and allow themselves to be deviated from their determination of living in self-respect and freedom.”

Sharad Joshi, the founder of Shetkari Sanghatan and Swatantra Bharat Paksh, is India’s sole liberal farmers’ leader. As Rajya Sabha member, he had moved a private member’s bill to get the word socialism dropped from the Preamble to the Constitution.
Get Swarajya in your inbox everyday. Subscribe here.
Tags: