What India Can Do To Become A $5 Trillion Economy 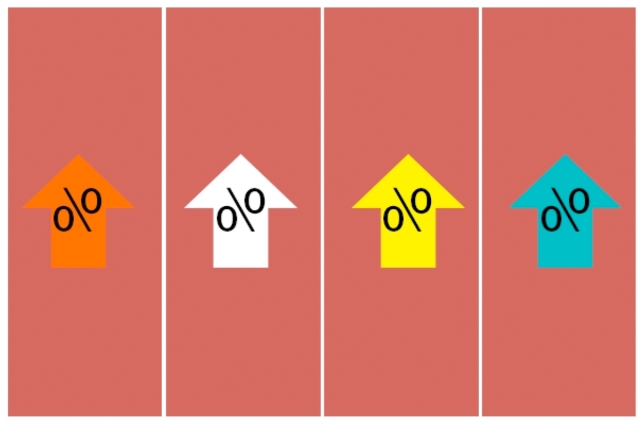 For India to become a USD 5 Trillion economy by 2024, the latest Economic Survey has proposed that it sustain a real Gross Domestic Product (GDP) growth rate of 8 per cent per annum for the next five years. This seems to be challenging given that the trend of growth in the world economy is not that optimistic.

Nonetheless, the Survey does provide a unique and interesting roadmap to achieve the target. The growth model so proposed is tried and tested by many countries over several decades. Yet, it is somewhat new for the Indian economy, which has generally followed the traditional Anglo-Saxon thinking.

Most of the discussion in the Survey is around the fact that “private investment” is the single most important factor that drives the economy and how a lower cost of capital favours sustained “virtuous cycle”.

However, there is another story told in the survey and that is the arrival of “post-equilibrium” economics literature in the Indian economy.

The government no more perceives the economy as a machine that can work at an optimal level and hence, has an equilibrium point, but rather more as a biological entity that goes through virtuous and vicious cycles.

The Survey has discarded the traditional debate on the substitutability between labour and capital-intensive technology which only holds its relevance in silos.

It rather has re-defined these technologies more as complementary given the strong backward linkages that are present in capital-intensive technologies. China is a prime example of this.

Despite being a labour-intensive country, China deploys huge capital-intensive technology, which has enabled it to achieve higher employment and rate of growth over several decades.

The Survey has also argued against solving macro-economic issues namely demand, employment, and exports in silos and argues that strategic investment in technologies that would enhance our export competitiveness, is the key to solve all the macro issues in one go.

A detailed explanation of the model is explained in the following section.

International evidence suggests that a nation’s saving rate is positively correlated to its demographics and not to its rate of interest. Given that India has favourable demographics for another two decades, it is expected that the national saving rate will continue to rise.

Since savings is interest inelastic, it provides the policymakers with some degree of freedom to lower the interest rate. This reduction in the cost of capital would stir the level of investment, pushing forward the growth rate.

However, since the domestic consumption rate is expected to decline over time, in order to sustain higher investment and growth rate, the Indian economy needs to enhance its export competitiveness.

The figures show that favourable demographics have resulted in high savings in China and Singapore especially during the 1990s, which led to high investment.

Further, their ability to evolve as export hubs enabled them to sustain a high growth rate over a fairly long period of time. This can be compared with India in figures V and VI below.

Figure V and VI show that the savings rate of India took off from 2001 and reached its peak (lower than China and Singapore) in 2007.

This was primarily because India did not emerge as an export-oriented nation and hence was not able to sustain a higher growth rate for long periods as done by China and Singapore.

I. Is India ready this time?

The graphs discussed above clearly demonstrate how the model, when well executed, can generate great success stories for nations such as China, Singapore and even India (2001-2007).

The question is what are the pre-requisite conditions required to properly execute the model and what is the state of India’s preparation in this regard?

a. Recycling redundant investment: The essence of capitalism is not only the creation of new (productive) firms but the destruction of old (underperforming) firms. Austro-American economist Joseph Schumpeter termed this a process of “creative destruction".

The above model heavily relies on the economy’s ability to recycle its redundant investment. Until 2016, India had a disproportionately large share of inefficient firms - with very low productivity and with little exit.

This lack of exit generated externalities that hurt the economy. With the introduction of Insolvency and Bankruptcy Code, 2016 India has finally evolved a rule-based framework for risk-taking and creative destruction.

The impact of IBC has led to a behavioural change in the debtor and creditor relations. According to the latest Economic Survey, this has led to the settlement of about Rs 2.84 crore claims outside the court and recovery of another Rs 74,497 crore from corporate insolvency resolution process (CIRP).

b. Contract Enforcement: Economic success and prosperity are closely linked to the ability to enforce contracts and resolve disputes. Lack of which develops distrust amongst stakeholders and has a significant negative impact on the investment environment in the economy.

The single biggest constraint to the ease of doing business in India is now its inability to enforce contracts and resolve disputes.

While India was one of the biggest ‘improvers’ in the World Bank’s Ease of Doing Business Report (EODB), 2019, with its rank jumping to 77 from 142 in the last four years, it continues to lag on the indicator for enforcing contracts, climbing only one rank from 164 to 163 in the latest report of EODB, 2019.

The Survey points out in chapter “Ending Matsyanyaya: How to Ramp Up Capacity In The Lower Judiciary”, that there is a need to focus on investing in subordinate courts which accounts for 87.5 per cent of the total pendency of over 3.5 crore cases as on March 2019 (NJDG, 2019). It is argued that the appointment of judges will bring speedy justice and hence improve contract enforceability.

c. Effective Monitoring of the Financial Sector: A fundamentally strong financial sector is essential for a country’s long-term growth. Between 2003-2007, India recorded an average growth of over 9 per cent per annum, investment soared, financed by an astonishing credit boom, and there were large capital inflows.

Firms abandoned their conservative debt/equity ratios and leveraged themselves up to take advantage of the perceived opportunities. They sowed the seeds of the huge NPA problem.

Bad loan recognitions accelerated largely due to a nudge from the Reserve Bank of India, which wanted bank balance sheets to reflect a true picture of the stress. Gross NPAs of banks increased from 2.3 per cent of total loans in 2008 to 11.2 per cent in 2018.

Concerted efforts by the government and RBI – strategy of 4Rs consisting of recognition of NPAs transparently, resolution and recovering value from stressed accounts, recapitalising PSBs, and reforms in the financial ecosystem has reaped results.

Gross NPA ratio has declined to 9.3 per cent as of March 2019. The government and RBI are working to ensure that the mistakes of the past are not repeated.

Overall, we may conclude that, in the last few years, the Indian economy has done fairly well in addressing the above mentioned pre-requisites. It now has the best chance to accelerate using the new growth model.

We expect that the success of the proposed model will change the school textbooks in India forever.