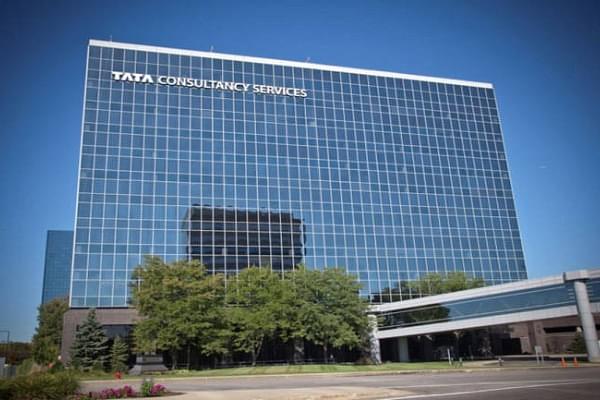 The information technology (IT) sector has been one of the few industries that have benefited from the near-13 per cent decline in the rupee vis-à-vis the dollar over the past eight and half months. And it was no surprise that Tata Consultancy Services (TCS), the largest Indian company in the sector and among the top 10 global players, reported a very strong performance for the September 2018 quarter.

The company’s income from operations increased 9.3 per cent quarter-on-quarter (q-o-q) to Rs 36,854 crore in the September 2018 quarter, and that was driven by strong growth momentum in the key segment of providing technology solutions for banking, financial services, and insurance (BFSI), along with robust demand conditions from client companies in North America, United Kingdom, and Europe. In the technology sector, a sequential analysis (q-o-q) of quarterly results is preferred over a year-on-year (y-o-y) comparison, given the rather dynamic nature of the IT industry, and to also ensure the relevance of the financial analysis.

In the key North American market, which typically accounts for 50-55 per cent of the total revenues of large Indian IT players, the company has highlighted that growth in this market accelerated to 8.1 per cent y-o-y in the September 2018 quarter, while it was 7 per cent in the June 2018 quarter.

IT spending in the key United States (US) market had picked up momentum after several quarters in the June 2018 quarter, and it was once again visible in the September 2018 quarter. And this growth in IT spending has been helped by the US government’s recent $1.5 trillion tax cuts, which in turn has helped Indian players like TCS.

Also, traditionally, the September quarter is one of the strongest for Indian IT exporters, and this is visible in the result of TCS. The slack season for the Indian IT industry is typically the December and March quarters.

Meanwhile, the retail and consumer business of TCS grew 7.4 per cent q-o-q to Rs 6,348 crore in the September 2018 quarter, and growth was energised by recent deal wins by TCS in this sector in the UK and US.

The strong operational performance helped TCS’ net profit grow 7.7 per cent q-o-q to Rs 7,927 crore in the September 2018 quarter. Net profit grew 22.7 per cent y-o-y in the quarter under review.

The results were declared after the close of trading on Thursday (11 October). However, the stock ended nearly 3.1 per cent lower to Rs 1,979.8 on Thursday, and on Friday, it fell another 3 per cent to close at Rs 1,918.4. Nevertheless, the TCS stock is one of the best-performing stocks on the Bombay Stock Exchange over the past one year, and it is hovering not too far from its 52-week high of Rs 2,273 that was reached on 1 October 2018. Other leading players in the sector, like Infosys, have also seen its stock trade close to its recent 52-week high. Taking TCS’ result for the September 2018 quarter as a yardstick, other large players in the sector like Infosys and Wipro, coupled with mid-sized players like Mindtree, are also expected to report an improved performance in the September 2018 quarter. The current boom in the Indian software and business processing industry comes at a time when the country is grappling with a rising current account deficit. India had a trade deficit (difference between export and import of goods) of $80.35 billion during the period from April till August of the current financial year at a time of rising oil import bill, according to the data sourced from the Union Commerce Ministry.

Earlier, the IT industry body NASSCOM had highlighted that it expects the country’s IT and business process outsourcing (BPO) exports to grow 7-9 per cent on a y-o-y basis to reach $137 billion during the financial year ending March 2019. Higher services exports like that of the IT and BPO industry are expected to help manage the country's ballooning trade deficit, but analysts highlight that other measures are also needed to increase the dollar inflow to the local economy.

And this expected growth in the broader IT and BPO industry in the current financial year is at a time when there has been a pick-up in IT spending in the key US and European markets along with the weakness in the rupee.

This sector provided direct employment to nearly 4 million at the end of March 2018, and is also expected to add another one lakh jobs till the end of March 2019. And this expected growth in jobs in the IT sector comes at a time when the broader economy is grappling with lakhs of jobs being shed across sectors like telecom, capital goods, and textiles.