What The Current Late Monsoon Rainfalls Mean For India’s Agriculture 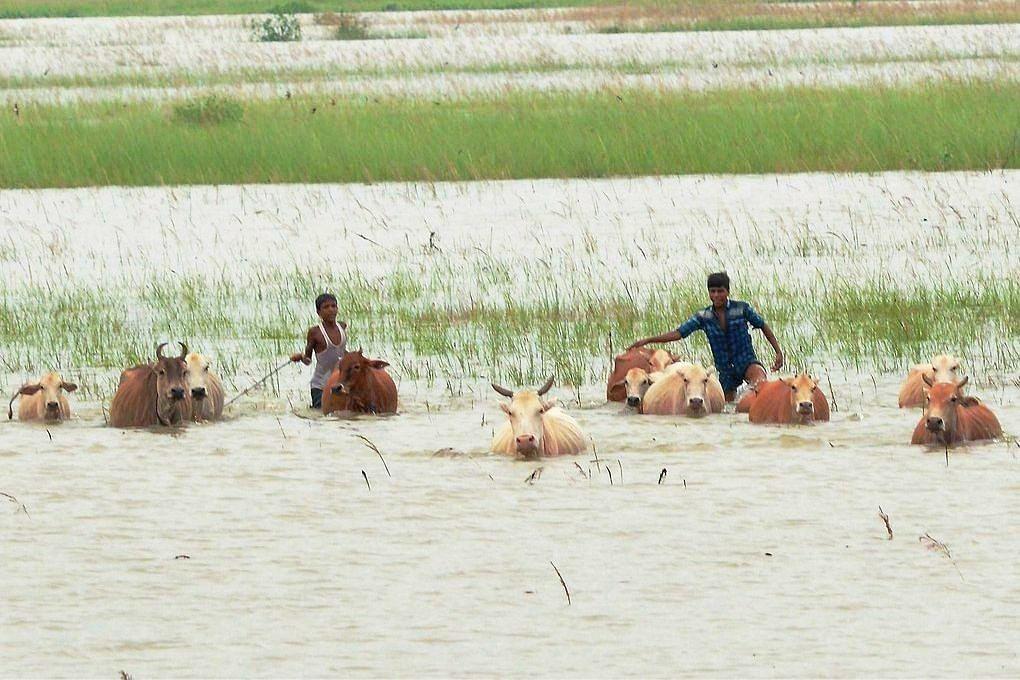 India is witnessing an interesting phenomenon with the progression of the South-West monsoon this year.

At the end of June, the rainfall for the current monsoon — which began on 1 June and ends on 30 September — was 33 per cent deficient but by 13 August, all the deficit has almost been wiped out.

In the last two weeks, the country has seen floods in many states in the eastern, western, northern and southern parts. Flooding in so many parts of the country simultaneously is something that the country has not witnessed in the recent past. So far, over 200 people have lost their lives to floods and heavy rains with the toll likely to rise further.

The monsoon’s recovery has made a section of people believe and hope that it augurs well for the current kharif crop, for which sowing began in June. Be that as it may, a look at the monsoon’s progress this year reveals that things many not turn out as hoped.

According to the India Meteorological Department (IMD), nine meteorological subdivisions have received deficient rainfall till now.

These include some key agricultural regions like Marathwada, Jharkhand, Gangetic West Bengal, Uttarakhand and western Uttar Pradesh. The IMD says some of the deficient rainfall regions could get heavy showers in the next couple of days.

There are two dimensions to the way the monsoon has behaved this year.

One, flooding causing damage to standing crops. Many states like Maharashtra, Gujarat, Uttar Pradesh, Bihar and Karnataka have witnessed floods that would have damaged standing kharif crops.

No one is sure of the impact that the floods have had on the standing crops and whether farmers need to go for replanting. If farmers have to go in for replanting, they will have to look for a short-term duration crop so that they can harvest it in time before the rabi sowing season sets in.

Normally, farmers could go in for coarse cereals or pulses to make up for the loss in standing crops and harvest them before November.

Two, lack of rains damaging standing crops. Will rains now help crops in the regions that have had deficient rainfall or might get good showers in the next couple of weeks?

Normally, a crop planted in June requires rain for growth in the immediately following months; and hence, it is a big question if any rainfall in the coming weeks will help the crops, although it will improve the rainfall deficit.

With another month-and-a-half to go for the end of the monsoon, it’s anyone’s guess how the latter part of the season will turn out to be.

The rains have helped improve the storage position in 92 major reservoirs.

According to the Central Water Commission, the position, as on 8 August is, however, still below the 10-year-average of 78.398 billion cubic metres (BCM). The current position of 76.645 BCM is against last year’s 77.250 BCM.

An interesting aspect of the data is that the water position in at least 12 states is still below normal.

The data on kharif sowing by the Ministry of Agriculture has interesting numbers, though they are likely to change by the end of this week.

Until early this month, the area under rice cultivation was lower by 32 lakh hectares (lh) compared to last year, while sowing of coarse cereals was lower by nine lh. In particular, planting of jowar and bajra are lower than last year.

Among other key crops, the area under pulses is lower by 8.6 lh, oilseeds by eight lh and sugarcane by 5.2 lh, while cotton sowing has increased by 5.4 lh. Rice planting goes on until October and there are chances of its acreage improving further.

The same holds good for coarse cereals too, especially in those states where the current spell of rainfall has damaged other standing crops.

However, there are areas of concern. For example, cotton crop could be affected in case of excess rainfall, particularly if they are at the flowering stage. And then, if a grower goes in for replanting will they be assured of rains during the later stages of crop growth?

While overcoming the deficiency in monsoon rainfall may be good news, it will be a tough task translate that advantage into improving productivity and production of key crops — especially food grains — when they have been on the field for over 45 days.

This brings us to the issue of forecasting the monsoon. No doubt, there were early warnings of the El Nino phenomenon affecting the monsoon this year. But few predicted that the deficiency would be as high as 33 per cent in June with such a recovery as we are experiencing now.

A report in the Economic Times said that the IMD plans to tweak the monsoon timetable to match the reality, especially in view of the shift being witnessed in the rainy season in the country over the last few years.

A pattern of heavy rains during August or September seems to have set in, in the last few years.

It is good that the IMD is thinking in these terms since it will help farmers plan better for sowing and other operations.

With the South-West monsoon accounting for nearly 75 per cent of the country’s rainfall and 48 per cent of food crops being rain-fed, it is important that farmers are given accurate and reliable information for better preparation.

The problem with India is that the IMD is still stuck with the age-old system of declaring monsoon from June and fixing the crop year from July. The crop year, known as fasli, was devised during the Mughal rule. As the world undergoes global warming and shifts are seen in the weather pattern, it is necessary to adjust to emerging realities.

So now, what can we realistically expect from the latest spell of rains?

It will have only a limited impact on productivity and production as the rains are considered to have arrived too late to cause any large-scale impact. On the other hand, floods could force growers to go in for replanting of shot-duration alternative crops.

It is likely that the harvest of kharif crops could be delayed and may extend beyond the normal period. This may also force many farmers to skip a crop — the late kharif crop that they would have normally grown between the end of kharif and onset of rabi season.

For example, farmers in Punjab and Haryana grow green gram after harvesting rice and before planting wheat. Elsewhere in Madhya Pradesh, farmers grow vegetables after kharif and before rabi. This could lead to shortages of such crops and a spike in their prices.

However, the excessive rainfall will ensure better soil moisture for the rabi sowing season starting October.

The Indian economy is already going through a tough phase with recession reportedly setting in. The current spell of rainfall will cause two effects.

One, it will delay the harvest in some areas due to replanting; and two, it could lead to a short-term spike in prices of farm products, especially vegetables.

Consequently, any rebound in the economy that was expected from October onwards will now be delayed until December. However, a final picture on the emerging scenario will be clear only towards September-end.