When It Comes To Bad Loans Of Banks, Nothing Is As It Seems 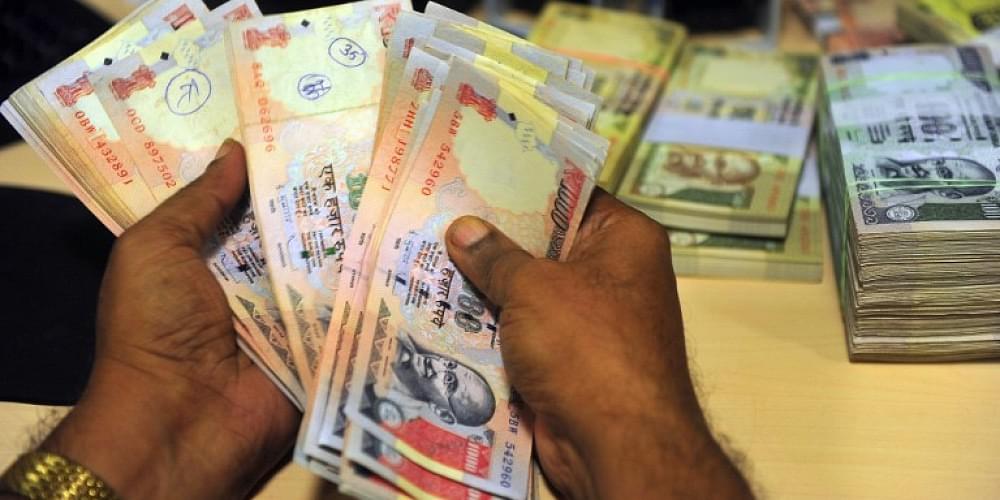 Banks have used various methods to delay the recognition of bad loans and this has made balance sheets of banks more opaque.

One of the issues that I have been regularly writing about is the bad state of banks in India. The tragedy is that their state continues to get worse as time progresses.

As on 30 September, 2015, the bad loans of the banking system amounted to 5.1 percent of the total loans given by banks. The number was at 4.6 percent as on 31 March, 2015. This is a huge jump of 50 basis points in a short period of just six months. One basis point is one hundredth of a percentage.

The trouble is that even the bad loans number of 5.1 percent of total loans, may not be the right number. This is primarily because over the years the Indian banks, in particular public sector banks, seem to have mastered the art of not recognising a bad loan as a bad loan. They have turned the practice of kicking the can down the road, to an art form.

Banks have used various methods to delay the recognition of bad loans and this has made balance sheets of banks more opaque. As Suresh Ganapathy and Sameer Bhise of Macquarie Research write in a recent research note titled Apocalypse Now:

The biggest problem that we now have with the Indian banking industry is that various regulatory forbearance techniques like restructuring (for under-construction infra and long term projects), 5:25 refinancing, SDR (strategic debt restructuring), NPL sales to ARCs (asset reconstruction companies) etc., are making the balance sheets of banks more opaque.

Forbearance essentially means “holding back”. In the context of banking it means that the bank gives more time/better terms to the borrower to repay the loan, among other things. This could mean extending the term of the loan, lowering the interest or even postponing the repayment of the principal of the loan for a few years.

Such loans are also referred to as restructured loans. These options were supposed to be used sparingly. Nevertheless, banks in general and public sector banks in particular have massively abused these options over the years, in order to postpone the recognition of bad loans.

The trouble is that many of the loans which were restructured in the years gone by have been defaulted on. As mentioned earlier one of the popular methods of restructuring a loan is to give the borrower a moratorium of few years on the repayment of the principal amount of the loan. The idea is that in that period the company will manage to set its business right and be in a position to start repaying the loan.

But that hasn’t happened. The restructured loans have been turning into bad loans. Ganpathy and Bhise of Macquarie Research estimate that the failure rate of restructured loans has jumped from 24 percent to 41 percent, over the last two years. “Many of these loans have come out of their principal moratorium and started defaulting,” the analysts point out.

What such a large default rate clearly tells us is that many of these loans should not have been restructured in the first place. As a November 2014 editorial in the Mint newspaper points out:

The restructured loans now being defaulted on would have been restructured before the Narendra Modi government came to power in May 2014.

The situation is likely to get worse given that around half of the restructured loans were restructured over the last two years. Hence, companies have a moratorium on principal repayments for a period of two years. Once they start coming out of this moratorium, the loan defaults will go up.

Over and above this many companies continue to remain highly leveraged, that is they have significantly more debt on their books in comparison to their equity. In fact, as the Financial Stability Report released by the Reserve Bank of India (RBI) in December 2015 points out:

This has happened because banks have lent more money to companies which are already in trouble and not in a position to repay their loans. As Parag Jariwala and Vikesh Mehta of Religaire Institutional Research write in a research note titled SDR:

A band-aid for a bullet wound: “Bank funding to stressed corporates has gone up in the last 2-3 years and most of it is towards funding additional working capital requirement, loss funding and interest accruals (not paid). This will translate into large and bulky credit cost for banks if these accounts slip into non-performing assets [bad loans].”

Also, there is the problem of large borrowers. As Jariwala and Mehta point out:

The RBI’s analysis shows that stressed assets [bad loans + restructured assets] as a proportion of total loans to large corporates have gone up from 13.8 % in Mar’15 to 15.5 % in Sep’15.

Further, what is worrying is that banks are still to recognise many of these loans as bad loans. As Ganpathy and Bhise point out:

The issue is that some of these large corporate groups have already been downgraded to default by rating agencies. Since banks have a 90-day window to classify as non-performing loans plus have other regulatory forbearance techniques like restructuring (still can be done for underconstruction projects) and 5:25 refinancing, these assets are not being shown as non-performing loans on the books.

The analysts estimate that large borrowers form around 11-12 percent of total bank loans and roughly 15percent of these loans are likely to turn into bad loans over the years.

Once these factors are taken into account, Ganpathy and Bhise feel that “potentially 16-18 % of the loans will attract higher provisions and/or see write-offs over the next 3-4 years.” This means nearly one-sixth of bank loans can still go bad. And that is a huge number. Hence, when it comes to bank loans, nothing is as it seems.