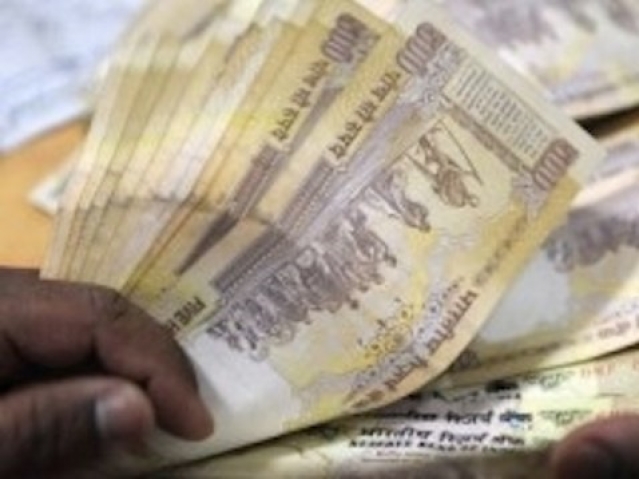 Fake currency is as much a problem as black money or perhaps even more. Whenever counterfeit rackets are busted, the needle of suspicion, more often than not, turns to the usual suspects. And, Prime Minister Narendra Modi's ‘delegalisation’ of high-value currency – the biggest blockbuster ever if you like – is seen as an answer to the long-standing problem.

But if we plough back and check how our currency is printed, it becomes blindingly obvious that besides the ingenuity of India's enemies, it was the very institution that is vested with the responsibility of giving us fool-proof currency – the Reserve Bank of India (RBI) – that may have compromised it over two decades ago, knowingly or unknowingly.

The counterfeit menace grew deeper in 1997-98, when the RBI outsourced currency printing for the first time (hopefully, the last) to three foreign players – American Banknote Company (US), Thomas De La Rue (UK) and Giesecke and Devrient Consortium (Germany) – to print notes worth Rs one lakh crore. Considering the secrecy surrounding central banking, this tiny fact remained under the carpet for over a decade, only to come into the public domain when the Parliamentary Committee of Public Undertakings submitted its report in April 2010. Subsequently, two of the players have been blacklisted. Now the real shocker – at least one of them is back to do business in India.

Going back to 1997, the RBI saw two governors – Dr C Rangarajan (1992-1997) and Bimal Jalan, who took over later in November that year. Because of the leadership change, it's unclear under whose aegis the catastrophic outsourcing decision was taken. The committee was aghast and rejected the reasons cited by the central bank – the bad conditions of the notes and 'soilage' factor. It demanded that the state-run Security Printing and Minting Corporation be modernised and gave an ultimatum to never again resort to outsourcing. In the committee's words, the RBI's move was unprecedented, unconventional and uncalled for.

When printing money, security is paramount, failing which, unscrupulous elements like terrorists and the country's external enemies, have easy access. This is exactly what seems to have happened. While developed economies reduced fakes, India on the other hand, witnessed a steep rise in counterfeits. Asia's second largest nation also saw more high-value notes (Rs 500 and Rs 1,000) being counterfeited. For a perspective, the proportion of Rs 500 fake notes to the total counterfeits shot up from 8.7 per cent in financial year 2004 to 41.34 per cent in financial year 2016, while that of Rs 1,000 grew from a negligible 0.12 per cent to 22 per cent. Note here that these figures exclude fakes seized by enforcement agencies and the police. And if you consider the ones that go undetected, you get the big picture.

A cross-country comparison of impounded notes in Switzerland between 2001 and 2011, too reveals startling facts. Take Swiss currency, of which nearly 13 lakh pieces were impounded in 2001, but the number plunged to around 3,700 by 2011. Other currencies like the US dollar, euro, pound, ruble and Canadian dollar that were in circulation in Switzerland too saw respective counterfeits subside. India, however, was an outlier, with the number of fake notes registering a 570-fold increase!

Meanwhile, in 2008, when developed nations were reeling under the global economic and financial crisis, India, had a problem of different kind. That July, an unprecedented number of counterfeits were detected at one of the RBI's currency chests in a small township of Dumariaganj, Uttar Pradesh. Clearly, bank officials were hand in glove with the economic offenders indicating the extent of penetration. Authorities were baffled, as spotting a fake from the real proved difficult.

Rattled officials beefed up vigilance and the crackdown spiked the number of detected counterfeits by 87 per cent in financial year 2008 alone. The following year saw impounded notes growing a staggering 103.3 per cent in volume and 183.1 per cent in value. It means, either there was a flush of fakes in the run-up to general elections or the increased scrutiny was effectively weeding out what was otherwise a usual activity. The former appears more likely, as counterfeits subsided in the later years, taking the average annual growth between financial year 2008 and financial year 2012 to 28 per cent. This confirms the worst fears about the invisible hand of political parties in propagating illegal currency and Prime Minister Narendra Modi's demonetisation move, ahead of the state assembly elections, takes the bull by the horns and rightly so.

The heightened vigilance also threw up another startling revelation. In August 2010, the UK-based De La Rue, whose association with India dates back to nearly a century, was allegedly supplying currency paper not confirming with the prescribed specifications and was blacklisted. "The deficiency in the paper was subsequently admitted by De La Rue after which the security clearance was denied to the British firm," Minister of State for Finance, Namo Narain Meena told the Rajya Sabha in December, 2011.

Developments like these strengthen fears that India is indeed dealing with global vendors with back door entry for offenders. There's no guarantee that the raw material like ink, water marks, security thread etc that our mints source, is not sealed and delivered to violators also. What's puzzling is, despite rising suspicions, the government seems to be turning a blind eye. De La Rue, which also figured in the sensational Panama Papers for kickbacks in India, is back in the business already. The world's largest bank note vendor, even supplied machinery for RBI's currency paper mill in Mysore that started production this April. According to news reports, the RBI is now engaging these vendors for material, for printing new currency notes.

India is the world's second largest currency consumer after China and it is only logical to have internal research and development and material for printing, as reliance on imports can jeopardise economic sovereignty. The moot question is why isn't the NDA government paying attention? While we seek answers, De La Rue is bracing up for action, having registered a new company early this year to re-enter under the 'Make in India' garb.