Why Finance Ministry Deserves Credit Despite The Economic Slowdown 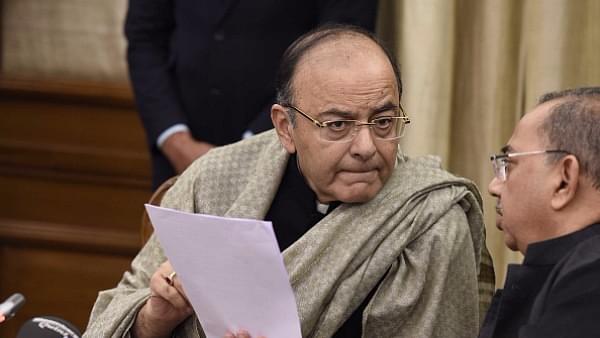 India’s real gross domestic product (GDP) growth has slowed for five consecutive quarters, slumping to 5.7 per cent in the first quarter of fiscal year 2018. There is a vigorous debate around the nature, cause and appropriate policy response to the slowdown. Some believe that the slowdown is transient, while others think it is secular. There is no consensus on the root causes, and arguments have spanned goods and services tax (GST), demonetisation, rules-based restructuring of economy, appropriate level of interest and exchange rates, twin balance-sheet crisis, (lack of) ease of doing business and decline in net exports. The debate on the policy response has varied from fiscal stimulus and monetary easing to keeping calm and carrying on with the structural reforms.

Many have taken the opportunity to attack the government, particularly Finance Minister Arun Jaitley, during this time. Here, this writer argues that India has instead been performing well, and that the Finance Ministry has done an outstanding job.

India has clocked 7.3 per cent year-on-year real GDP growth on average over the last 10 quarters. People take this fact for granted and consider 7-7.5 per cent growth as a par score, and judge the government accordingly. This assessment is incorrect. Growing, while deleveraging, is hard. Consider bank credit to industry, which accounts for about 40 per cent of all bank credit and has grown at -0.2 per cent per year over the last two years according to the Reserve Bank of India (RBI), against a nominal GDP growth of 10 per cent per year.

In other words, the industry-credit-to-GDP ratio has contracted or deleveraged by about 17 per cent over the past two years. The total bank credit over the last two years has grown at 6 per cent per year – well below the nominal GDP growth and in sharp contrast to 15-30 per cent annual growth rates during 2000-10.

The RBI further estimates that the subset of private sector capex that are funded through banks, external commercial borrowings and initial public offerings, has contracted at 16 per cent per year over the last five years (see exhibit 1 and 2). Given the slowdown in credit and consequently gross fixed capital formation (GFCF), a 7 per cent growth is a near-miracle.

The Economic Survey 2016-17 (Volume II) analysed 285 cross-country instances of countries with comparable level of credit, capex and export slowdown to India over a two-year period. Of the 285 cases, the number of such countries that also achieved 5+ per cent annual real growth was zero!

Credit to the Finance Ministry

This prompts some obvious questions. How is the GDP growing with such a big slowdown in GFCF? Why is the GFCF growing at all despite contraction in capex and the credit-to-GDP ratio? If this is all because of government spending, why has the fiscal deficit or inflation not blown up?

First, we benefited from the oil windfall. The GDP growth was boosted in a few quarters due to a sharp fall in the value of imports. While low, the oil price does not continue to fall and hence has ceased to be a driver of growth. Nevertheless, the low oil price environment has immensely helped the current account, strengthened rupee and allowed the government to raise revenue and implement counter-cyclical fiscal spending without blowing the fiscal deficit. As the exhibit 3 shows, India is very much in the fiscal stimulus territory.

The Finance Ministry deserves credit for its brave decision to not pass the benefit of lower oil price to consumers and use it for counter-cyclical capex and other spending despite serious opposition. Secondly, prudent macro-management by a stable and reform-minded government has led to a significant boost in foreign direct investment (exhibit 4), which has also counter-balanced the capex and credit slowdown.

Looking ahead, there are many headwinds. It’s not clear if we are at the bottom of the deleveraging cycle. The new institutional bankruptcy resolution process is not a quick fix. The combined centre and state fiscal spending is already stretched considering the farm loan waivers. Consumers seem to carry on, but that alone cannot deliver the desired 7-8 per cent growth. FDI is already at an all-time high. It is worth noting that FDI can be primary (money goes to a company for capex) or secondary (money goes to promoters or shareholders). The secondary FDI money in theory would be reinvested in the economy. However, in a deleveraging environment, even the FDI money may be used to pare down debts as Essar has done after its $13 billion mega deal.

Economic history around the world is full of examples of fiscal stimulus gone wrong. Even politically, while a fiscal stimulus can enable patronage and pampering of some vote banks, it often ends in tears when inflation rears its ugly head. Monetary easing and a careful and well-directed stimulus such as bank recapitalisation may help in the short term. But the reality is that India needs to brace for slow growth in the short term and continue to work single-mindedly on the plumbing fixes that improve exports, solve supply-side constraints and tenaciously implement GST, Insolvency and Bankruptcy Code, ‘Jan-dhan-Aadhaar-Mobile’ trinity, and all the reforms that have already been started.

Pranav Kumar is a private equity professional and a former World Bank staff. He can be found at @6pranavk on Twitter.