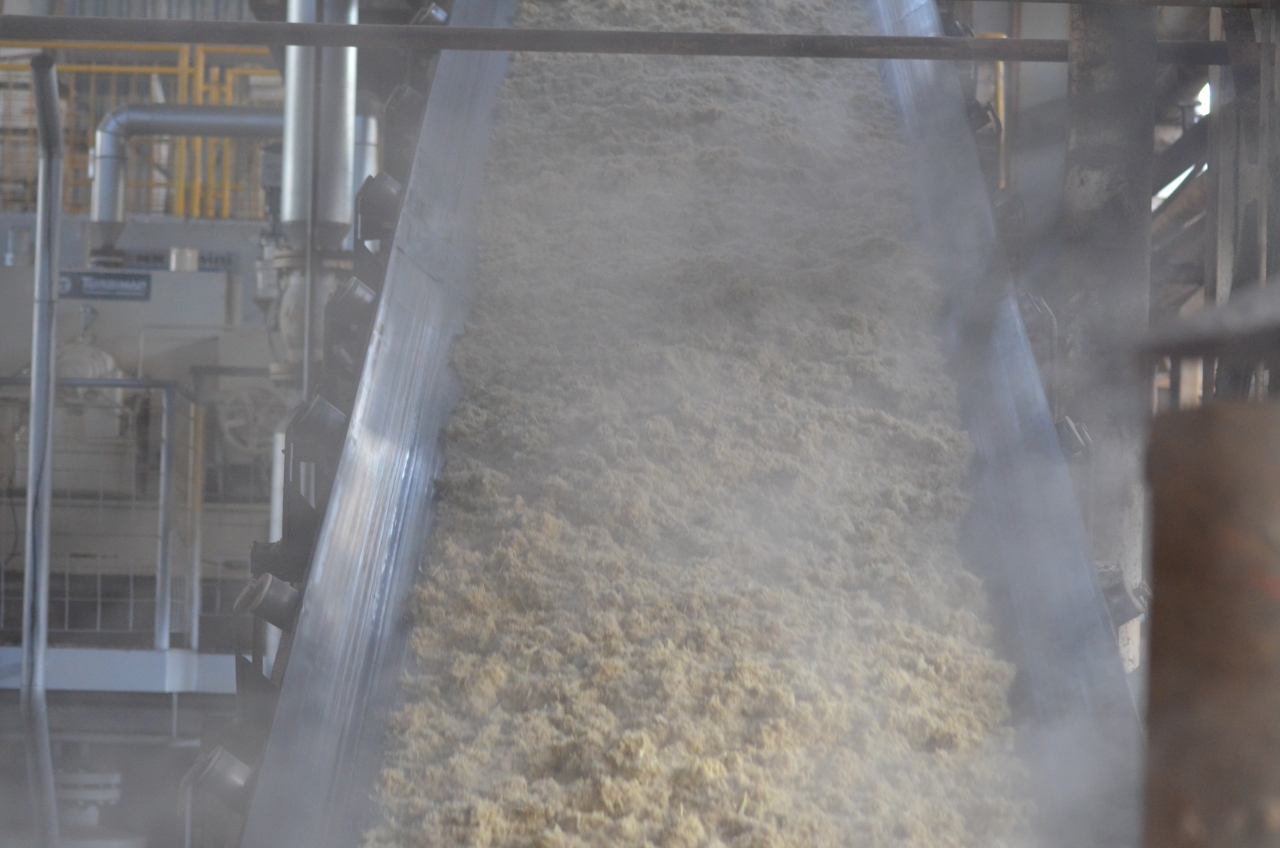 Raw sugar coming out of a cane crushing facility in a sugar factory.

For the second time in a year, Indonesia has reached out to India to import raw sugar. In December 2017, a delegation of Indonesian Sugar Association met Indian sugar industry representatives, but nothing much was heard then.

A couple of days ago, the Press Trust of India reported that Indonesia is again seeking raw sugar from India, but, in the bargain, wants New Delhi to cut the import duty on the palm group of oils. Indonesia didn’t give any indication on how much sugar it would buy.

The offer against lowering import duties on the palm group of oils seems to be more to serve its own interests. In 2017, Indonesia exported 7.6 million tonnes (mt) of palm group of oils to India. During 2017-18 season (November-October), India imported nearly 14.51 mt of cooking oil, and palm group of oils made up 60 per cent of the shipments into the country.

In its efforts to protect its oilseed farmers and also help the local solvent extraction industry, which crushes the oilseeds, the central government has raised the import duty on refined oils to 54 per cent, while shipments of crude vegetable oils attract a customs duty of 44 per cent.

Practically, cooking oils from Indonesia attract 50 per customs duty under the free trade agreement New Delhi signed with the Association of South East Asian Nations or ASEAN. Jakarta fears that when the Comprehensive Economic Cooperation Agreement signed between India and Malaysia comes into force from January 2019, it could be affected. Under the agreement, Malaysian palm group of oils will be levied a preferential treatment duty of 45 per cent.

Indonesia apprehends that a lower duty could give an edge to Malaysia, which is another major exporter of palm group of oils. It is, therefore, looking at various ways to counter the advantage. The offer to buy raw sugar should be seen in that context. Reports say Jakarta is even toying with the idea of barter trade, a possibility that was considered back in 1997-98 as well.

However, Indonesia’s proposal is unlikely to take off any time soon for two reasons. First is that Jakarta wants raw sugar of a specification more than 1200 ICUMSA (International Commission for Uniform Methods of Sugar Analysis). The lower the ICUMSA specification, the better is the quality. For example, the best quality refined white sugar, or what is known as “London White” in trade parlance, is of 45 ICUMSA rating. Indian refined sugar, better known as crystal sugar, is of 150 ICUMSA rating. The raw sugar that Indonesia seeks begins with a rating of 600 ICUMSA.

Indonesia’s demand for raw sugar of more than 1200 ICUMSA rating means it wants sugar of the lowest quality. This is something that India is not in a position to provide to Jakarta. Therefore, most likely, Indian industry will turn down the proposal unless and until the buyers are ready to accept a better quality produce.

Second, asking India to lower the customs duty on cooking oils is a political decision. The Narendra Modi government has been keen on improving farmers’ income and misses no opportunity to say it wants their income doubled by 2022. It is a moot point if the objective can be achieved by the set deadline, but the centre wouldn’t want to run any risk that would undermine its objective.

Vegetable oils, which were looked at as alternative sources of energy when crude oil prices hovered over $100 a barrel, have been ruling weak over the last few years. Lower prices impacted Indian growers more last year when they harvested a record crop. With a view to safeguard their interests, the central government raised the import duty to the current levels.

Crude oil prices are currently hovering around $60 a barrel. With palm group of oils prices ruling at a three-year low of $467 a tonne, any move to lower import duty will directly affect the growers. The Indian government cannot afford to see oilseed prices dropping when already farmers have been affected by a lower output because of drought. Also, will any government risk earning the wrath of the growers going into an election year?

Therefore, with both possibilities looking bleak, it’s anyone’s guess if such a proposal will take off the ground at all. Barter is something to consider, but it has its drawbacks.

Back in 1997-98, New Delhi considered bartering chemicals, drugs, and farm products in return for palm group of oils and timber from Jakarta. The proposal didn’t take off since the then Indonesian government lacked credibility. Also, both countries couldn’t agree on where to open an escrow account, though India thought Singapore would be the best place. So, it never took off.

India, at the most, can consider lowering the duty for Indonesia to 50 per cent, the same as for Malaysia, and then try to push its sugar. It would be worthwhile to make an effort since India’s sugar exports, which touched nine lakh tonnes this month since 1 October, are under pressure due to lower crude oil prices, falling global prices, and rising rupee.

In a couple of months, we will know if Indonesia was serious on its proposal or if that was mere posturing.

Get Swarajya in your inbox everyday. Subscribe here.
Tags:
39 Shares