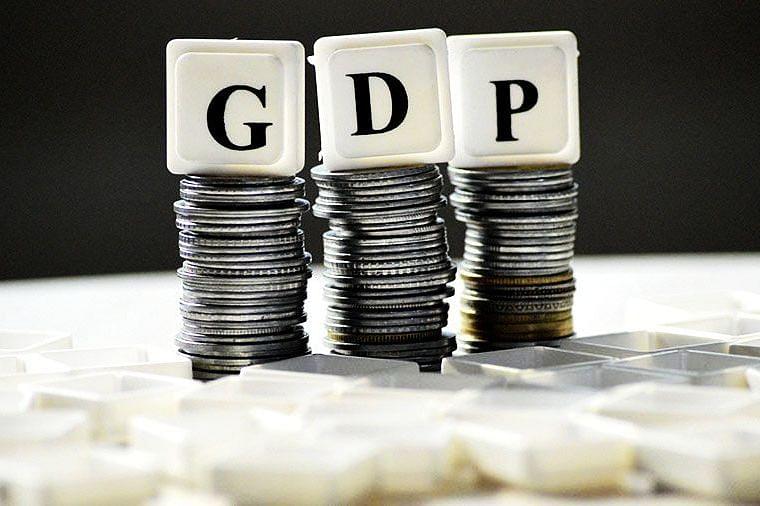 The focus is now on GDP measurement in digital economy.

Apparently, there is no dearth of commentary, often coloured by political opinions, on India’s growth or lack of it. This article, though will add to the commentaries, seeks to go beyond this. It aims to examine macroeconomic measurements in a world that is witnessing a structural economic transformation on the back of a digital revolution.

The face of production and consumption no longer resemble what we visualised over the last 300 years or so. The economic universe of 2019 is very different from 1937 when Simon Kuznets and team ‘invented’ the concept of gross domestic product (GDP).

Undoubtedly, the aftereffects manifest across domains. Those involved in constructing and deciphering national income aggregates face many challenges due to the exponential growth in information production.

GDP is defined as the market value of all finished goods and services produced in an economy in a given period of time. Thus it is an output measure and not welfare measure. GDP revolves around the quantity of the goods produced in a year under consideration and its price.

Prices can be current (nominal) or be calculated with reference to base year (real-factoring price changes). Increase in nominal GDP happens either if quantity produced increases or price increases, something which suited the brick and mortar economy.

Economic life functions around what Adam Smith first discovered: two divergent yet complementary forces viz self-interest and competition for producers and consumers alike. Opportunity to make things that are valuable and important is inhibited by availability of physical and financial capital, causing a rise in transaction costs, in turn the emergence of firms.

Consumers desire lower prices without compromising on quality. Notwithstanding a pursuit for higher quality, the premium that the consumers are willing to pay for the same keeps diminishing. Producer’s self interest in the face of competition and shrinking shelf space propels them inexorably towards a ‘zero price’. The inevitable outcome would either be opting for cost reduction or seeking to link marginal revenue to marginal utility rather than marginal cost as conventionally assumed.

Consumer utility is derived from the characteristics of the goods rather than the goods themselves. Therefore, there is an endeavour to generate increased efficiency through more or less costless improvements to product quality. This allows better products, satisfying same wants, to be purchased for same amount of money.

Generative smartphones offer far more utility to consumers at similar or possibly lower real prices than handsets a decade or so back. So, backed by technology, lower costs offer more utility per unit of expenditure leading to what economists term ‘utility technical progress’.

Incontestably, macroeconomic aggregates have to factor the changes. In 1987, Robert Solow famously remarked, “computer age can be observed everywhere except in the productivity statistics”. Professor Erik Brynjolfsson argues the continued and constant share of information industries in the US GDP is in effect due to disruptions caused by digital industries.

In India, the share of information technology (IT) sector in the GDP declined from 10 per cent to 8 per cent in recent years. Some pointers, perhaps, yet it merits a deeper engagement on the impact.

Encyclopedia might feature in GDP statistics but it is Wikipedia which dominates, and it’s free. Moreover, like other digital goods, it is infinitely expansible. Smartphones, even the rudimentary versions, come inbuilt with camera and radios, and potentially negate the desire for a radio or camera as a standalone device for an average consumer.

Media functioned as a hub and spoke facilitating information flow from the centre to periphery. Pervasive social media reversed the direction, denting the monopoly of media houses in setting narratives. No longer would the structure treat the receivers as passive but on the contrary expedite spread of multiple versions of bidirectional narratives.

Besides, the new information flows are often free. Very few media outlets can afford to charge for subscriptions etc, and survive.

Google search has effectively cut the information search costs to virtually zero. Obviously, Google search results, an output in itself, will not figure in the national income accounts. The amplification of the Internet economy saw businesses built on the net command higher value generation and capture relative to the platforms that supported them.

Furthermore, digital goods demonstrate instantiation property. What is implied here is the cost of producing the first unit is very high, yet the cost of reproduction is virtually zero. Since GDP is about current production, upgradation or reproduction might not reflect in national income accounts.

Digital advertising, facilitating large reach without compromising the richness of information being diffused, permits cost reduction. Furthermore, it also helps at lowering costs to identify consumers who express their interest and desire in consuming the goods in question. This is in contrast to media advertising on various platforms, where the objective was, perhaps, to create attention for the goods.

Cost of follow-up was even higher. User reviews on various platforms enable zero explicit cost feedback for the firms. GDP neither captures lost sales/lost output nor records the output produced. Apps enable several business models to improve productivity, and the resultant value addition despite being high, is difficult to capture in output statistics. The value addition might be high yet monetarily difficult to determine.

The complete effects of digital expansion on measurement of production and value addition, is yet to be realised. Professor Brynjolfsson has suggested an additional measure that he terms as GDP-B (B stands for benefits). The argument theorises, despite drops in revenues that consumer surplus continues to increase.

Value-added measurements need to capture increasing consumer surplus. Currently in experimental stage, the cost and methodology of capturing data seems arduous, at least for the present. Besides, the data mechanism should be able to capture at higher frequencies at lower costs. The learning curve is bound to be steep.

Transforming cost-price-utility equations unsurprisingly do create ‘macroeconomist myopia’. There exists a lag effect for the current method of national output and income measurement to acclimatise itself to new realities.

The new solution also has to mirror simplicity, something GDP is always efficacious at. The gross value added might be incomplete in its inability to measure the potentially substantial value created, maybe subconsciously, by the users themselves, for example, the social media.