Why Modinomics Will Cull The Weak And The Unviable, Leaving India Stronger 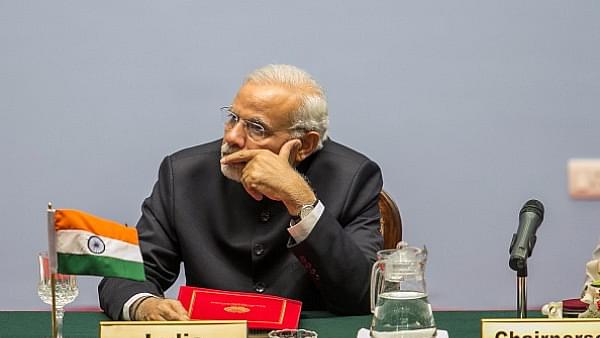 The world celebrates Charles Darwin’s theory of evolution, which postulates that the strong will proliferate and the weak will die through a process of natural selection. But most human societies hate Darwinomics and want the weak protected, the strong restrained. No politician advocates the idea of culling the weak, whether it is small businesses or unviable farms. The strong never get good press.

In the political brouhaha over demonetisation and the implementation of the goods and services tax (GST), the attack on the government has been postulated on this same premise – that the weak are in pain. The informal sector is in trouble, small businesses are going bust, small-scale farmers are committing suicide.

While there is no question that human beings must be protected from the vagaries of nature’s furies or governmental follies, society as a whole is not benefited by allowing weak and unprofitable entities and sub-optimal businesses to survive. A bleeding Air India makes the rest of the aviation industry unviable, as it is kept artificially afloat by government infusions. Keeping sick units alive is a disservice to the overall health of business. Providing more sops to small units encourages them to remain small rather than scale up. A small-scale farmer producing food only for self-consumption is not contributing much to productivity or farm sector growth.

The various policies of the Modi government, while outwardly focused on the small and the weak, are indirectly strengthening the economy by culling them.

The law of unintended consequences says that our actions may often have outcomes different from the ones we intended or imagined. This is broadly the case with the Modi government’s major economic initiatives, including the fight against black money (demonetisation), and the efforts to reform the tax system through the implementation of the GST. Both were motivated by different objectives, but have contributed to the current slowdown.

Worsening the slowdown is the government’s legislation of the bankruptcy code, and its decision to get the Reserve Bank of India to force a resolution of bank bad debts by referring the big defaults to the National Company Law Tribunal. This means banks have to face huge losses without adequate capital to cushion the blows.

But here’s where the law of unintended consequences kicks in. The government’s sins of economic commission and omission will – indirectly – ensure a leaner, meaner and fitter economy when all the bad news is digested and the economic cycle turns upwards. We cannot predict when exactly this will happen; the chances are a small upswing will begin from 2018 and gather steam by 2019. It may even be too late for the Modi government to benefit electorally from the turnaround, but the next government will surely be thanking its lucky stars.

The real consequence of putting the economy through all this pain is that the weaker players are being forced out of the system, leaving only the stronger players to continue once the economic cycle turns. Exactly what Charles Darwin would have postulated.

For example, by not recapitalising banks quickly, the Modi government has effectively forced many promoters to sell out their best assets. The Ruias have sold their oil refinery to Rosneft, and they could lose their steel company too. The Jaiprakash Group has been forced to sell its profitable cement unit to the Birlas, and GVK has had to exit the Bengaluru airport, and so on. The survivors will be stronger than those who were forced to exit their businesses in the last few years.

Then take the GST. As a direct consequence of its implementation, small and informal businesses will find it tough to survive, and large- and medium-sized companies will grab market share. So, businesses which survived only because they could evade taxes will be shown the door, leaving only legitimate businesses with higher staying power. With the GST, India has effectively abandoned its excessive concern for protecting very small and unviable companies by giving them concessions and keeping them small forever. Concessions are fine if they are merely intended to reduce compliance burdens, but not if they are intended to be sops. Thousands of companies that existed only to obtain small sector tax advantages will now slowly fade out, leaving the remnant India Inc stronger than ever.

While high spectrum prices have already forced smaller telcos to throw in the towel, the recent decision of the Telecom Regulatory Authority of India to cut interconnect charges (IUC) to 6 paise per call from October and to zero from 2020 will force faster consolidation in the industry. The entry of Reliance Jio has already forced Vodafone and Idea to seek merger, and Telenor to sell to Airtel. Tata Teleservices is also likely to exit. This will leave four companies (apart from the government-owned BSNL-MTNL combine) in the fray, but Reliance Communications is already tottering on the brink, and Anil Ambani, its owner, has been talking of an emerging monopoly in telecom. The chances are, in the next one or two years, there will be only three major players left - Jio, Airtel and Vodafone-Idea. Telecom will be stronger than ever, and that is good. Only a smaller and financially stronger industry can make the huge investments required to improve services and expand the market for data.

The only sector left out of this consolidation trend is agriculture, where small, uneconomic farms are the norm, and survival is possible only with the help of huge subsidies and frequent farm loan waivers, which actually end up making the situation worse. If farms are not viable even after receiving subsidies in power, diesel, food, fertiliser, seeds, insurance and credit, the logical conclusion should be to encourage greater consolidation of farm sizes so that they can invest more in technology and improved farming techniques and raise productivity.

Apart from making investments in irrigation, the government needs to open up the national market, guarantee free movement of farm produce, and also adopt a long-term policy of encouraging exports. Currently, export and import duties are knee-jerk responses intended to either protect the farmer from crashing prices, or the urban consumer from sudden spikes in food items when output falls due to bad weather or some other reason. The farmer bears the brunt of this kind of policy, where he cannot produce for the export market as a matter of strategy, especially in sensitive crops.

So, barring agriculture, where our policies are still primitive, the main consequence of the Modi initiatives, including its mistakes, will be a deeper consolidation of economic forces in stronger hands. It cannot be anybody’s case that the economy will be benefited by having weak players, who cannot be viable without subsidies, protection or tax evasion.

The unintended consequence of the Modi economy is that the weak are being culled, and the strong given space to grow to their true potential.

Modinomics is Darwinomics without knowing it.

(A part of this article was originally published in DB Post.)