Why The Liberalisation Reforms Should Be Celebrated 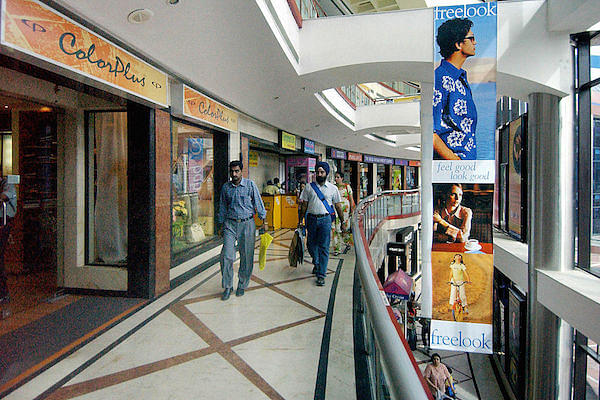 It is striking that nobody from the political class is celebrating the silver jubilee of economic reforms. Not the Narendra Modi government, which is otherwise so fond of jamborees; nor the principal Opposition party, the Congress, which was the author of liberalisation— a most seminal event in contemporary Indian history. The reason is simple: nobody wants to own liberalisation. It is like an illegitimate child, who has somehow made it big in life, thus, making himself useful for the extended family but everybody is still loath to call him their own.

A look at this “illegitimate child” would be interesting. But instead of focusing on the circumstances that led to economic reforms and the specific measures taken in 1991, I will discuss the story of liberalisation in the last quarter of a century.

Let’s start with the beginning. The 25 years of liberalisation can be broadly divided into three unequal time-spans: the beginning and efflorescence (1991-2004), reversals (2004-14) and incremental revival (2014-16). The first 13 years, which saw four governments, were characterised by not just the commencement but also consolidation of bold reforms. Almost all political parties— including the Communist Party of India as a constituent of the United Front (1996-98)— enjoyed power during this period and none of them majorly undid liberalisation at any point in time. Unsurprisingly, by the end of the first period, “reforms are irreversible” became conventional wisdom.

2004 witnessed Lutyen’s Delhi transform into Jurassic Park, with red and pink tyrannosauruses trampling economic reforms creating mechanisms to strangulate business, devising ways to augment public (read wasteful) expenditure, weakening the fight against Maoist and jihadist terrors and playing havoc with diplomacy. However, owing to the 13 years of reforms, the economy had acquired a certain resilience which not only withstood the depredations of the Communists (who supported the UPA regime from outside during 2004-08) and the National Advisory Council (NAC) but grew at a fast pace for the first four years. It needs to be mentioned that the NAC, headed by UPA chairperson Sonia Gandhi, comprised of an assortment of professional revolutionaries, green terrorists, bleeding hearts and downright Luddites. What made them dangerous was the fact that they were Sonia’s handpicked advisers to shape public policy, and she was the de facto ruler of India.

Most of the time during UPA-I, the communists and NAC fanatics planted landmines in the economy. Over the years, much has tripped on these mines. The proposed food security legislation is one such landmine; the NREGA is another monstrosity, making serfs out of free citizens who are perpetually looking askance at the gigantic landlord— the State.

A lot was expected from Prime Minister Narendra Modi. He had the image of a pro-development, even pro-business, politician. He made the right noises: “the business of government is not a business” and “maximum governance, minimum government.” Many expected him to be the first post- and anti-Nehru prime minister and comparisons were drawn with Margaret Thatcher and Ronald Reagan, who led the right-wing revolution in the Western world. Modi, however, has proved them wrong for he doesn’t believe in revolutionary or drastic change— he is wedded to the idea of gradual, incremental reform. Of course, he and his admirers claim that a paradigm shift has been accomplished. But that is in form rather than in substance. For instance, the Planning Commission— considered to be a symbol of the Nehruvian system— has been abolished but the more insidious features of the ancient regime— public sector undertakings (PSUs)— have remained untouched. It needs to be mentioned here that the Planning Commission was never an impediment to reforms in post-liberalisation India. In other words, Modi has not shown great zeal for liberalisation, notwithstanding various acts of symbolism like the abolition of the plan panel.

It is curious that a quarter of a century after liberalisation began, and went on transforming and improving the basic structure of the economy in a significant way, economic reforms have neither a political constituency nor a dedicated, large section of opinion makers. Liberalisation has been accepted as an instrumentality for nation-building rather than an economic philosophy that is wedded to the idea of liberty.

This reality was best expressed 20 years ago through the views of Bimal Jalan, former Governor of the Reserve Bank of India (1997-2003), former Rajya Sabha member (2003-09) and an eminent economist. In short, he was one of the authors of economic policy in post-liberalisation India. In his book, India’s Economic Policy (1996), he wrote:

Too often in India, a debate on economic policies becomes a debate on economic theory and ideology. Is liberalisation theoretically superior to government intervention or is it not? Is globalisation consistent with national sovereignty or is it not? Is reform of the public sector consistent with our socialist ideals or is it not? This is a sterile debate. The simple question that we should be focusing on is: what policies are needed to reduce inefficiency and waste in the allocation and use of our national resources? A more efficient and productive economy, which yields more output per unit of input, is good for the poor. It is good for national sovereignty and national security. It is, above all, consistent with a just and equitable society (emphasis added).

Notice that Jalan has no ideological or theoretical problems with socialism. Also, notice “our socialist ideals.” The attitude of Jalan is guided by the logic of efficiency—“a more efficient and productive economy… is good for the poor.” This is the philosophy of a manager rather than that of a reformer. For, unless a reformer takes the ancient regime head on ideologically, there is no hope for the success of reforms in the long run.

But what typically happens in our country is that the liberaliser obsequiously pleads with Leftists to seek their approval for, or at least condonation of, reforms. The liberaliser’s supplication is: “look, we don’t believe in your ideology, but we concede that its goals are laudable and, by the way, these are also our goals. Since the economic philosophy we believe in actually helps achieve your goals such as poverty eradication, please appreciate the efficacy of the market economy.” This is the sum and substance of their message to their “Leftist friends.” The latter, however, disdainfully rebuff such entreaties. The liberaliser proposes, the Leftist intellectual disposes.

It is not my intention to demean Jalan or liberalisers, in general. Indeed, they have played a very positive role in executing the unfashionable anti-Left ideas for a long time. In fact, even politicians, despite all their shortcomings, are not to be entirely blamed for not embracing liberalisation wholeheartedly. After all, politicians do not function in a vacuum; they are influenced by the climate of opinion which they can ill-afford to ignore.

Unfortunately, there has been little climate change in our country in the last 25 years despite considerable changes in the framework of economic policy. Public discourse is still carried out in an idiom that is still mostly fashioned by Leftist notions, if not by Leftists themselves. Liberalisers are still regarded as the stooges of the World Bank, the IMF, multinational corporations, etc.; any curtailment or rationalisation of populist schemes and subsidies is depicted as anti-poor. PSUs, including the white elephant called Air India, are dubbed as national assets, and their privatisation is seen as “selling the family silver to pay the grocer’s bill.” Labour reforms are slammed as anti-worker, revamp of reservations is practically unthinkable (indeed, there are demands for more caste-based quotas, this despite the influential RSS’ unease with reservations) and reforms in agriculture, healthcare and education are frowned upon. In short, a quarter of a century of liberalisation might have made the economy of India stronger and freer, and might have lifted over 130 million people out of poverty, but the country’s mind is yet to come out of the shackles of Nehruvian socialism.

The shackles of the mind, however, cannot be broken by the force of events; such a force can make us change— as it did in 1991— the ways in which we carry out our affairs, but it cannot alter the ways in which our mind functions. The Reagan presidency was preceded by decades of an intellectual revolution; various strands of the Right— from conservatives to libertarians, from public figures like William Buckley to authors like Ayn Rand— came together. Countless foundations, organisations, writers and public intellectuals created the grounds for a right-wing politician.

In our country, on the other hand, the process has not even begun. Worse, few are interested in preparing the grounds for a viable intellectual alternative to the Left. Those who matter are surely not exerting themselves for such esoteric quests. As for Modi, he couldn’t agree more with the quintessential Indian liberaliser. For, the Prime Minister is also convinced that efficiency can take care of the gaps in economic policy. And efficient he is, indeed.

What he doesn’t realise is the fact that efficiency has limitations; it can make improvements in given circumstances, but if the need of the hour is the changes of circumstances, it is useless. For example, if you get the world’s best managers to run a factory making typewriters or pagers, you are bound to fail.

The long and the short of the history of reforms, in the last 25 years, is that what began with a bang has come to, well, incrementalism. The consequences? A zillion potentials will not be actualised because our political masters refuse to own the child who has proved to be bountiful.

Ravi Shanker Kapoor is a Delhi-based journalist and author. He has worked with several publications. His articles have appeared in major publications like Business Standard, Wall Street Journal, The Times Of India, The Hindustan Times, The Indian Express, The Pioneer, and Tehelka.