Why WeWork Could Trigger Wall Street’s Next DotCom Crisis 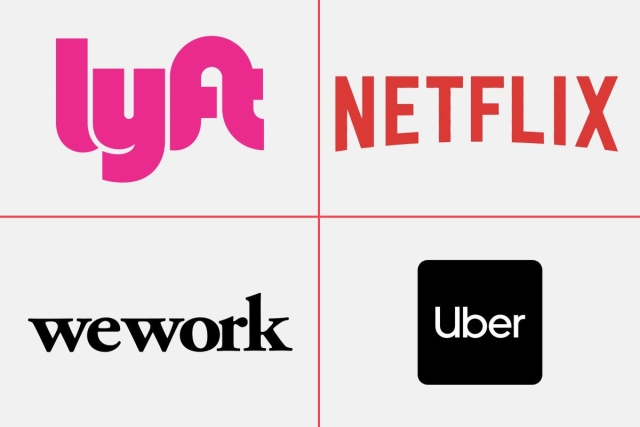 WeWork has been in freefall for some time now.

Mr Kroc, if you are not making money hand over fist, something’s terribly wrong

The above excerpt from a brief conversation between Ray Kroc, founder of McDonald’s, and Harry J. Sonneborn, who would later join Kroc as the first president and chief executive of the McDonald’s corporation, sums up the problem faced by some prominent ‘tech’ companies on Wall Street today.

Hailed as the next big thing after Uber, WeWork today finds itself in precarious circumstances.

The business model is fairly simple. WeWork leases buildings or parts of them, building artistic coworking spaces in those buildings and then renting out to micro, small, and large enterprises, and individual workers.

The whole idea is to enable communities and citizens to rent working spaces as and when they require. The lease is for 5, 10, or 15 years.

According to some estimates, the company has accumulated a total debt load of more than $23 billion in loans and lease payments.

We Company, the parent company of WeWork, was aiming to raise around $4 billion this year through an initial public offering (IPO).

However, facing sharp criticism from investors for its dubious policies and complex governance and corporate structuring, the IPO now stands delayed until 2020.

The problems with WeWork’s business model reflect the exuberance of venture capitalists on Wall Street, and the problems for the company are plentiful.

Firstly, the exaggerated valuation. Earlier this month, the We Company, deciding upon the price tag of its IPO, valued the WeWork venture at $20 billion.

This valuation was less than half of the $47 billion figure in January 2019, when SoftBank made an investment of $2 billion, taking its total investments in the company to over $10 billion.

Secondly, the faltering valuation of the company has had an impact on its bonds. The yield on WeWork bonds maturing in 2025 was soaring, given the uncertainty surrounding its IPO.

The steep fall in evaluation has added to the lack of investor sentiment for the bond, further adding to the company’s troubles.

Three, in case the IPO gets shelved, WeWork will not only lose access to roughly $4 billion they were looking forward to for their expansion but also another $6 billion in loans it was expecting from the likes of JPMorgan Chase and Goldman Sachs.

The loans were contingent on the IPO raising at least $3 billion. Thus, with the IPO in trouble, WeWork could face trouble sponsoring its ambitious expansion plans.

Four, the company is making no money and spending two dollars for every one dollar it makes. The debt load is increasing with new leases and spaces.

For the company operations to be sustainable (in a utopian future), the property prices must appreciate, thus resulting in an increase of rents for members and earnings for WeWork. However, with the world economy staring at a crisis, the appreciation looks difficult.

Five, there is no profitability model. Released earlier this month, WeWork’s investor prospectus sheds no clarity on the locations that have been running for over five years now, how the costs are calculated, or models that can predict future occupancy.

The excessive opaqueness in the prospectus has driven investors further away from the company.

Six, WeWork is yet to see a recession. An economic crisis is an inevitable part of the global economy.

Given that the company appeals to freelancers, individual workers, and small enterprises; the first ones to be hit in a recession, the next economic downturn predicted for 2020 could spell doom for the company’s ambitions.

For now, WeWork’s business model thrives on investments from venture capitalists, mainly SoftBank. The idea is to burn cash today, a lot of it, in the hope of turning profitable tomorrow.

However, this practice of burning cash isn’t unique to WeWork alone.

Uber reported its quarterly loss of $5.2 billion after a ‘strange’ debut at the stock exchange earlier this year in May.

The shares for Uber were sold at $45 each on its opening day. However, the price fell on the very first day of the trading, leading to a loss of more than $600 million for the investors, the biggest first-day IPO loss in 44 years. In 2018, Uber lost $1.8 billion.

IPOs for Lyft and Slack have also underperformed, with investors questioning the profitability prospects of these companies.

The cash-burning disease is not restricted to Uber, Lyft, Slack, and WeWork alone, for investors have now woken up to acknowledge similar problems with Netflix.

The streaming service has been losing subscribers in the previous two quarters and has to compete against the relatively low-priced services from Disney and Apple. Earlier today, Netflix’s stock was down by 3 per cent as Apple TV+ was formally announced.

The problems of WeWork, in similar ways, are the problems of these other tech companies. With no profitable model to work towards, and stiff competition from either local (Uber, Lyft, and WeWork) or bigger (Netflix, Slack) service providers, the final onus will lie with the likes of SoftBank that continue to fund and support some of these companies.

For SoftBank, there is a lot at stake in the rise and possible fall of WeWork. One, they wouldn’t want to be seen saving a startup that was the crown jewel of their first vision fund, especially when they are trying to raise another $100 billion for their second vision fund.

Two, the possible fall of WeWork could spread to other dotcom and tech companies as investors and stockholders finally wake up to the follies in these business models, for one cannot burn cash forever in the hopes of a profit someday.

Clearly, a lot is not working for WeWork and its dot-com counterparts.