Conflicting Narratives on the Right 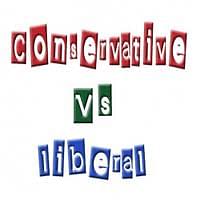 Harsh’s post as a response to Amit’s post on the MF Hussain controversy is worth reading. A quick response to it. I too, like Harsh, am going to generalize here with some loss of accuracy.

As B.Raman and others have earlier stated, he too points to the fact that Hindu nationalists are aggrieved about the inconsistent application of discretionary power (of censorship). They are however “not really complaining about the discretionary power itself”. I agree and it makes sense if you are looking at it not from the standpoint of a normative platform for governance – which is how he and other “liberal nationalists” look at it – but of protecting the interest of Hindu society which is what they are primarily interested in. That translates into a demand for censorship where Hindu beliefs, symbols and deities are mocked, challenged, or portrayed in offensive ways but no particular view when the same things of other religions are concerned – in such instances, judgments are mostly made on a case by case basis based on political exigencies of the moment depending on the status of the alliance of such forces vis-a-vis those representing the perceived Hindu interests. Seen this way, discretionary power is not the problem per se as he argues but its use in ways detrimental to Hindu society. Abolishing that power is not considered desirable because if that means permitting freedom for all groups, it would naturally follow that words and acts detrimental to Hindu interests would also have to be allowed. BJP governments, as far as I know, have not made any move to expand the domain of individual rights or abolish discretionary power of the state; the goal of the Hindu nationalist movement has been to obtain power so that the very same discretion may be used in favor of Hindus and not against it.

Yet, my political intuition also tells me that the BJP/RSS junta is never going to win enough votes, seats and media influence to (a) first preserve these anti-speech and other such illiberal laws and then (b) somehow apply them more “consistently” or “fairly”. Therefore, even from a non-principled but more “realistic” point of view, the only way to stop such offenses against the “Hindu community” is to create deterrence. That is, if you want a community to discourage those members amongst them who offend other communities, then those communities need to know that the state will not be able to selectively “protect” them from offensive speech committed by those in other communities either.

Neither the BJP/RSS nor for that matter any other political formation needs votes, seats or media influence to preserve “anti-speech and other such illiberal laws” – they need all those things to get rid of them if they so want to (which they do not as of now). As I explained in the second paragraph, the Hindu Right’s view is that the deterrence objective can be achieved by the appropriate use of prosecutorial discretion and appointment (of supporters and sympathizers) authority that come with state power.

Coming to the other aspects besides speech, he writes:

On major issues like Article 370 and Universal Civil Code, liberal nationalists and the Internet Hindu crowd are on the same page. The Ram Mandir issue has almost been resolved by the courts. There may be some difference on relatively minor issues like cow protection, forcing people to sing Vande Mataram etc – but by and large there are no major problems. The Hindu right does not care about gay rights (or lack of them), abortion is not a major issue here, the feminism/sexual revolutions in India are proceeding in India in a mature and low-key manner, the Pakistan issue is not half as important for our globalizing and growing economy as it may have been a decade ago. Honestly, where are the substantive differences?

If the SC judgment in the RJMB case goes against the temple protagonists and the court orders removal of the Ram idol, a strong backlash can be expected – in that sense, the issue has not been “almost resolved by the courts”. I doubt the Hindu Right sees cow protection and Vande Mataram as ‘relatively minor’ issues – they were debated in the constituent assembly, have been an important element of electoral campaigns and agitations and have been legislated upon by BJP state governments. It is true that its response to gay rights, abortion and the feminism/sexual revolution have been low key but I would not read it as an endorsement of any particular position. For the record, the VHP did come out in opposition to gay rights and commentators like S.Gurumurthy were lukewarm to it; many noteworthy feminists dislike the Sangh and I would not be surprised if the feeling is mutual. I have seen no indication that Pakistan does not occupy a prominent if not central role in the Hindu Right’s thinking. Of course, if one were to downplay or dismiss all these divergences, there may not be any ‘substantive differences’.

For all the reasons above, I do believe there are prominent differences of both principle and priority and these are likely to continue. They do need to join forces for any rightist alternative to be viable but difficulties remain. At present, the two lines of discourse are so distinct that they seldom see to eye. Folks like Sadanand Dhume are puzzled why the BJP does not act like a “normal” conservative party while the Sangh supporters do not follow how the GOP and the Tories are relevant to India.  How this is to be done will have to be the subject matter of another post.