Will the corporation ever become democratic? 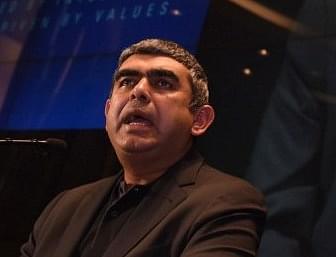 51 per cent of businesses die within five years. Clearly, the few-wise-men-take–all-decisions model of the corporation hasn’t exactly been a poster boy for success and long life. Can a dose of democracy improve its functioning?

We love democracy. Yet, the economic engine of  democracy—the corporation—is inherently undemocratic. For example, if an employee talks to the media and criticizes her employer, she is fired; much like a dissident of a totalitarian country (who, truth be told, is not just fired, but fired at).

Modern politics and modern business have both evolved from a common ancestor: the European feudal system. In this system, power was hereditary, it was centralized and the currency of power was property. The social contract was pretty simple: “you provide me with labour and I’ll provide you with protection.”

Over time, politics created the powerful democratic concepts of the vote, separation of powers, institutional checks and balances and individual rights. This placed the citizen at the centre of the political process, forced accountability on those in power, devolved capital into the hands of many and led to the creation of opportunity for the masses.

Organizations have evolved too, but to a far lesser degree. Hereditary transfer of power is still the norm. Power is still very much centralized. The contract is still heavily in favour of the employer. The employees still have no participation in decisions; they continue to provide labour. There have been changes—minimum wages, child labour act, equal opportunities employment—to name a few. But here’s the thing—almost all of them were brought about by social pressure and an intense struggle. The organization has fought hard to retain its essential feudal nature.

So, will forces of technology and society compel the corporations to go through further democratic reformation? Will the employee ever get a vote? The question may not be as absurd as it seems.

Let’s take a simple hypothetical situation. Imagine that a corporation decides to hold an election for the post of its CEO. What will it entail?

There will be a companywide discussion on the vision, strategy and priorities of the business as the candidates canvass for votes. There will be a lot more clarity on the issues, deeper employee engagement and far greater organizational alignment.

Over a period of time, age-based meritocracy will yield to merit-based meritocracy; you don’t have to have grey hair to reach the position of the CEO. An energetic, brilliant 35-year-old can enter the race much like a junior Senator from Chicago did. Track records of candidates will come under scrutiny. This will bypass the existing cliques and unleash the energy of youth within a corporation with far reaching consequences for speed and innovation.

Issues beyond the cold numbers of business will begin to surface in an election. Issues of executive renumeration, issues of responsibility towards society and environment, issues of telecommuting, issues of subordinates appraising their bosses, issues of grievance redressal systems will come up for discussions leading to a more responsive corporation.

Much of this may be wishful thinking. But the fact remains that democratically run countries fare better on almost all citizen-related indices than authoritarian ones. Why wouldn’t the same hold true for a democratic corporation?

The biggest argument for the undemocratic nature of the corporation is efficiency. Democracy, or granting of too many “rights” to the employees, is deemed to be too chaotic, too unreliable, too inefficient for the smooth functioning of an organization. However, the hard truth is that most corporations, big or small, fail and die. The average life expectancy of a multinational corporation—Fortune 500 or its equivalent—is between 40 and 50 years. Of the original Dow Jones index, only GE remains.

If you look at the companies interviewed for In Search of Excellence, you will find names like  Amdahl, Amoco, Data General, Digital Equipment, Kmart, Kodak, Raychem and Wang Labs—companies that don’t exist any more. For small businesses, Bureau of Labor Statistics (US) data show that 51 per cent of establishments die in five years; 66 per cent die in 10 years; and 74 per cent in 15 years.

The reasons for the high mortality rate of organizations are many and have been studied in depth, but the point here is that the feudal, few-wise-men-take–all-decisions model of the corporation hasn’t exactly been a poster boy for efficiency, success and long life span. Can a dose of democracy actually improve its functioning?

The second argument against democracy in corporations is that while the body politic needs to be democratic, it’s not necessary for all institutions within it to be democratic (for example, the army). Besides, an employee has the freedom to quit (unlike a citizen, who doesn’t have the same flexibility of seceding). The fact is that the corporation does extend the right to vote—to its shareholders. The question is: If “capital” can get a vote, why can’t the employee—brainpower that propels an organization—get the same?

The vote of the shareholders is usually ritualistic and mostly “managed”. There is not much debate on policy and strategy issues, or on execution and implementation. The shareholders are too far removed from the day-to-day issues of the corporation. The employees are in a much better position to vote.

With electronic trading, the average shareholding time in the US is – hold your breath – 22 seconds. Yes, 22 seconds. How much do you think the shareholder truly cares about the long-term performance of the business? The employee has far more skin in the game.

Today, corporations dominate the time and mindspace of the average citizen much more than the nation state does. Yet, it continues to run in a feudal way without giving a voice to its employees to determine how it should be run. Further, the business of business is no longer just business; it’s tentacles have spread into the far reaches of society, determining our energy consumption, our ecological balance and the mental health of our citizens. Yet, society—represented in the corporation by its employees—has very little influence on its conduct.

The conflict has begun. Employees are going to sites like Glassdoor and actually voting on their employers. Employees have been empowered by social media to be far more vocal against their employers. Employees want to have a say in the way their corporation is run, the strategies it should adopt, the way the leadership is functioning and the right to express their opinions freely, independent of the command-and-control communication that’s the norm in corporations. A large number of people are either dropping out or thinking of dropping out from the corporate life and becoming free agents.

Corporations need to recognize this conflict. Giving a vote to its employees will not mean that every decision of the corporation will be voted upon; just like a vote in a democracy doesn’t mean that every decision of the executive goes through a referendum. What it means is that the corporation must acknowledge and make itself accountable to its employees. Or, the employees will force the change in a painful way.