They Say Dolmades, We Say Dolma! 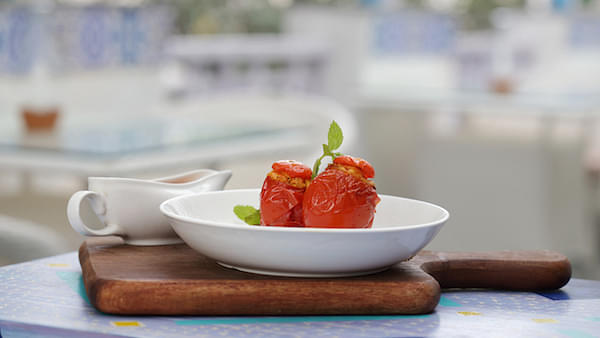 Seldom has a dish found such broad ownership as ‘dolma’, the Armenian national dish which is today more Indian than Greek, and more Greek than Iranian.

What biryani is to North India, dolma is to the rest of the world! Such is the fondness for this steeped-in-tradition-but-modern-in-presentation dish that every state- be it Bengal, Odisha or Assam- has its own version of dolma (often localised as tolma, as well). Not to mention its different cousin one bumps into- while trying out Greek, Mediterranean and Iranian cuisine.

Says Sabyasachi Gorai, Chef and owner of India’s first Armenian food-based café, Lavaash by Saby, “Dolma (or ‘dolmades’, as it is referred to in some parts of the world) ancestry is a true, blue blood Armenian prince, whose genesis was courtesy homemakers who developed it in an attempt to make dinner times, a community ritual, fun.” In fact, the first dolma was made in Sardarapat some 3,000 years ago and comprised primarily of grape leaves called ‘udul’. “Right since its inception, dolma became a treat since making those cylindrical shapes, that would hold well, took an entire day,” says Gorai, who calls it “one of the earlier iteration of deceptive food.” Since then, the humble dolma has had quite a few impressive iteration, including Gorai’s favourite: tomato stuffed with spicy prawns.

So what caused such a wide pollination of dolma? As it happens with all good dishes, dolma’s wide reach is courtesy of wars.

Armenia, throughout its history and thanks to its abundant natural resources, remained a part of a larger empire- Greek, then Turkish and Iranian till a genocide made the peace-loving community flee to different parts of the world, including India. India was where they created the now famous ‘begun dolma’ (stuffed eggplant) and ‘pooler dolma’ (stuffed pointed gourd).

This explains why dolma is found in Greek, Turkey and Iran. In fact, the Turks and Greeks believe that dolma was invented by them, though history narrates a different story.

It is said that in 335 BC when Alexander marched into the city of Thebes, to a grand welcome by his generals and soldiers, he was taken aback by the platters of stuffed vine leaves. For a kingdom that was suffering from acute shortage of food, the food intrigued him, and he walked into the kitchen. It was here that the Greek warrior discovered the secret to the constant supply: the cooks, with whatever little bits of meats they could find, were cleverly combining it with fresh produce and then wrapping in grape leaves. Impressed, Alexander made it a part of his military food. Many believe that this was how dolma travelled and was adopted by the countries that Alexander conquered.

While dolma in its pure form was adopted with ease, each culture not only renamed it to make the dish their own but localised it too. Like in Greece, where dolma became dolmades- the leaves are filled with minced lamb, a bit of rice and flavoured with ingredients such as crushed mint, fennel or parsley leaves, dill, garlic, pine nuts or currants, and is served with a chicken broth and lemon-based sauce called avgolemono. In Azerbaijan ( where many say dolma had a makeover), the dish was served with young cabbage leaves filled with mildly spiced minced meat with leek and rice. And, subsequently, vegetables like squash, tomato and peppers too were stuffed with rice and lamb or beef meat. The following years also saw the emergence of vegetarian dolmas, which the Turkish named yalanci meaning ‘fake’ and in Cyprus, it was called gemista.

Thanks to its flexible style of preparation, by the Middle Ages, dolma was present in as many countries as were known to humankind. It is said that the Sweden kaldolmens dag (Cabbage Roll Day), a variety of dolma, was created to celebrate the death anniversary of Charles XII of Sweden.

Fascinatingly, the modern transformation of the Armenian national dish happened in India, in West Bengal to be particular- one of the final homes of the first Christian community. But the change was not so sudden. For a long time, one could identify an Armenian home with the grape vine, which was grown not only for the fruit but also for the leaves to make dolmas (which, for at least half a decade or so, retained the traditional meat and rice wrapped in grape leaves).

But as time passed and the Armenians became familiar denizens and were accepted, the dolma too changed. Cabbage leaves replaced grape leaves, and hilsa and other traditional ingredients did so to the meat. Fond of community-eating, the Armenian community soon invited the food-loving Bengalis for their Christmas lunches. Just like that, the vine dolma gave birth to an Indianised version- with the famous ‘pooler dolma’ being an integral part of the Bengali meal today.

In fact, adds Gorai, “till recently, one could taste how the original dolma tasted at the Christmas Lunch at the Burra Club on Park Street, where the feast includes a mixed menu of cabbage dolma, fish kalia and cauliflower bhaji.”