From The Archives: Whither United Front? 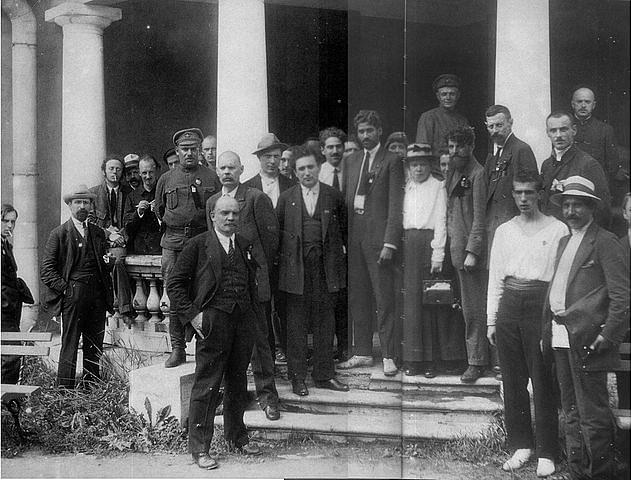 The Polemics among the CPI, CPI(M) and the CPI(M-L), popularly called the Naxalites, over supporting the recent policies of the Prime Minister as spear-heading the progressive elements within the Congress, need not have confounded anybody if he had cared to look up what Lenin wrote to guide the communists in liberation movements and anti-colonial struggles. A fresh look at those teachings may help the national parties towards a correct appraisal of how far the communist parties’ popular stance poses a threat to this country's democratic way of life.

The United Fronts in West Bengal and Kerala are not merely a beacon to other left forces seeking to capture power in the States and ultimately at the Centre; they are a queer amalgam of different political persuasions from an inspired pink to the scarlet red, with a parochial green or saffron thrown in. Here, that is in their motley character, the United Fronts pursue the pattern set about 50 years ago in Europe under the auspices of the Communist Party of the Soviet Union.

It all began with the great famine in Russia in 1921. The economic system instituted by Lenin failed to tick, and millions faced starvation. Russia sent out appeals to the capitalist world for help, and help poured in. Simultaneously, the Third Comintern Congress decided that Communists in Western Europe should be organized to collect help for the USSR. What was perhaps more important, the Comintern believed that appeals for aid to the Russian people could be used to enlist the support of non-communists to the "new and daring experiment'" in the USSR.

The political content of the front-principle was clearly stated by Zinoviev. According to him, the United Front tactics were to be the softening-up phase in preparation for revolution. He further explained the concept by pointing out that "the tactics of the United Front are to the Comintern nothing but a method for agitation and the mobilization of the masses." The lip-service paid by the communists in this country to parliamentary democracy, despite their repeated proclaimed loyalty to people's democracy, need not be wondered at if Lenin's remarks in The Proletarian Revolution and the Renegade Kautsky are recalled. Lenin boasted that the communists were adept at exploiting the parliamentary process in democratic nations and using it against democracy. One may refer to the recent utterances of E. M. S. Namboodiripad and A. K. GopaIan about 'wrecking the Constitution from within", as also their interesting disclaimer afterwards.

How is it, one might ask, that the communists have been forming fronts with some "rightists", not to speak of seeking alliance with the pro-Indira faction of the Congress, which is professedly left-of-centre? Lenin was prophetic:

But in Asia there is still a bourgeoisie capable of championing sincere, militant, consistent democracy.  . . . Everywhere in Asia a mighty democratic movement is growing, spreading and gaining in strength. The bourgeoisie there is as yet siding with the people against reaction . . . You will have to base yourselves on the bourgeois nationalism which is awakening.

Lenin was very hard on "extremists" like the present Naxalites whom both the CPI and the CPI(M) have rendered outcast as "misadventurists". Lenin warned the Comintern Congress:

The supreme danger, and perhaps the only danger, to the true revolutionary is to exaggerate the revolutionary situation, as well as to forget about the limits and conditions for the appropriate and successful application of revolutionary methods. True revolutionaries have frequently come to grief by writing the word revolution in large letters, and by making a fetish of revolution, thus losing their heads and the ability to weigh the circumstances calmly and soberly, and to discriminate between the moment when one has to act in a revolutionary manner and the moment in which one has to proceed in a reformist manner. .

The Communists are on the warpath to subvert the Constitution, the parliamentary process that is, in an insidious way. Whether following the Soviet or the Chinese line, they seem to have grasped much more surely than the people of the democratic way of thinking the fact that the traditional warfare is outdated. In its place is an undeclared war that masquerades as peace. And this war is essentially a war of spirit, of ideas and of the human will. The United Fronts make this spirit articulate and further to that extent the ramifications of non-traditional warfare. Can the democratic forces face up to the challenge?

This article was written by Tushar Ranjan Patranabis and appeared in the 18 OCtober, 1969 edition of Swarajya.