In And Around Udipi - The City Of Temples 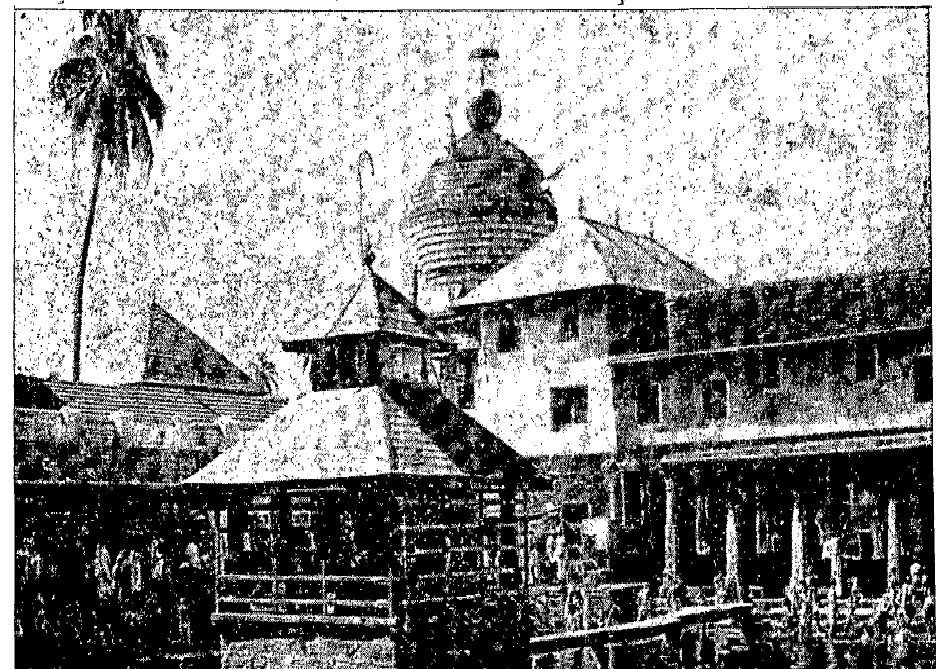 The Krishna Temple and the adjacent holy tank, “Madhva Sarovara”

Udipi, the beautiful city of temples, is 60 kms from Mangalore. The name 'Udipi' has been derived from 'Udupa' (the moon). Generally, places of pilgrimage are not kept clean. But this ancient and delightful city is clean and beautiful like the moon! The layout of this holy and historical city is fine. The eight maths are on the Car Street.

Travellers to this famous pilgrim centre can enjoy colourful customs and traditions as well as all the amenities of a modem city. They will find extensive paddy fields interspersed with mango grove and jack-fruit trees. Good transport and accommodation facilities are available to the tourists. Coconut and arecanut gardens will welcome them. Udipi is situated in South Kanara district of Kamataka. South Kanara is famous for beedis which constitute "a million-rupee collectivized cottage industry." People from Udipi are good hoteliers. Udipi dishes are very popular all over India.

The Legend Of The Ship

The population of Udipi number 29,7.53. The people of the area speak Kannada, Hindi and English. The great exponent of Dwaita Siddhantha, Madhvacharya, (13th century A.D.), who was credited with miraculous spiritual powers, had saved a ship which was caught in a storm. The saintly philosopher found an idol of Sri Krishna in the ship. It was believed to be the same idol of Lord Krishna, in which form Kanakadas wanted to worship the God and have darshan of Him. But the Brahmin gate-keeper of the temple did not allow him to enter the shrine because he was a low-born. Finally, Lord Krishna himself gave him darshan. This is how we got 'Kanakan Kindi' (Kanaka's window).

Madhvacharya wrote 37 works in Sanskrit including commentaries on the main Upanishads, the Bhagavadgita and the Vedanta Sutra. He established eight maths to control the affairs of the Krishna temple by rotation. This customary transfer has been known as Paryaya. This celebration takes place once in two years. The Paryaya celebration attracts all devotees of Madva from all over the country. The eight maths whose earliest Swamis were the disciples of the Acharya, are: the Sode Math, the Krishnapur Math, the Kanura Math, the Adamaru Math, the Puttige Math, the Sirur Math, the Phalbaru Math and the Pejavara Math.

The fair of Madhva Sarovara attracts a large crowd. There, one will have the glimpses of ancient India. At the time of the fair, tourists will enjoy colourful Yakshagana – folk dance-drama, In short, here they will have physical as well as spiritual satisfaction.

Manipal is only five kms. from Udipi. Manipal is the dream realised by Dr. T. M. A. Pai. It has been rightly described as "a magnificent plateau with a glorious green valley rolling down the Western Ghats." The Nehru Memorial Library, the Kasturba Medical College, with its unique Anatomy Museum, the head office of the Syndicate Bank with its emblem 'faithful dog' a leading Kannada daily the Udayavani, the famous health club – the only one of its kind in the whole of India all these and many more will compel one to feel as if passing through 'greenland' to 'dreamland'! Verily, Manipal is a paradise on a hill.

Another writer has described Manipal as a "treasure house of scenic beauty which combines modern amenities with rustic atmosphere ideal for a restful holiday."

Malpe is three km. from Udipi. It is a natural harbour. It is being developed into a fishing harbour. Malpe Beach, has been rightly compared to the Marina Beach of Madras. It is a major tourist attraction. It is here that one can hear the rhythm of the waves of the Arabian Sea. It is really a poet's dream in sand.

This article was authored by Rahman Azer and was originally published in the 1 May, 1976 issue of Swarajya.