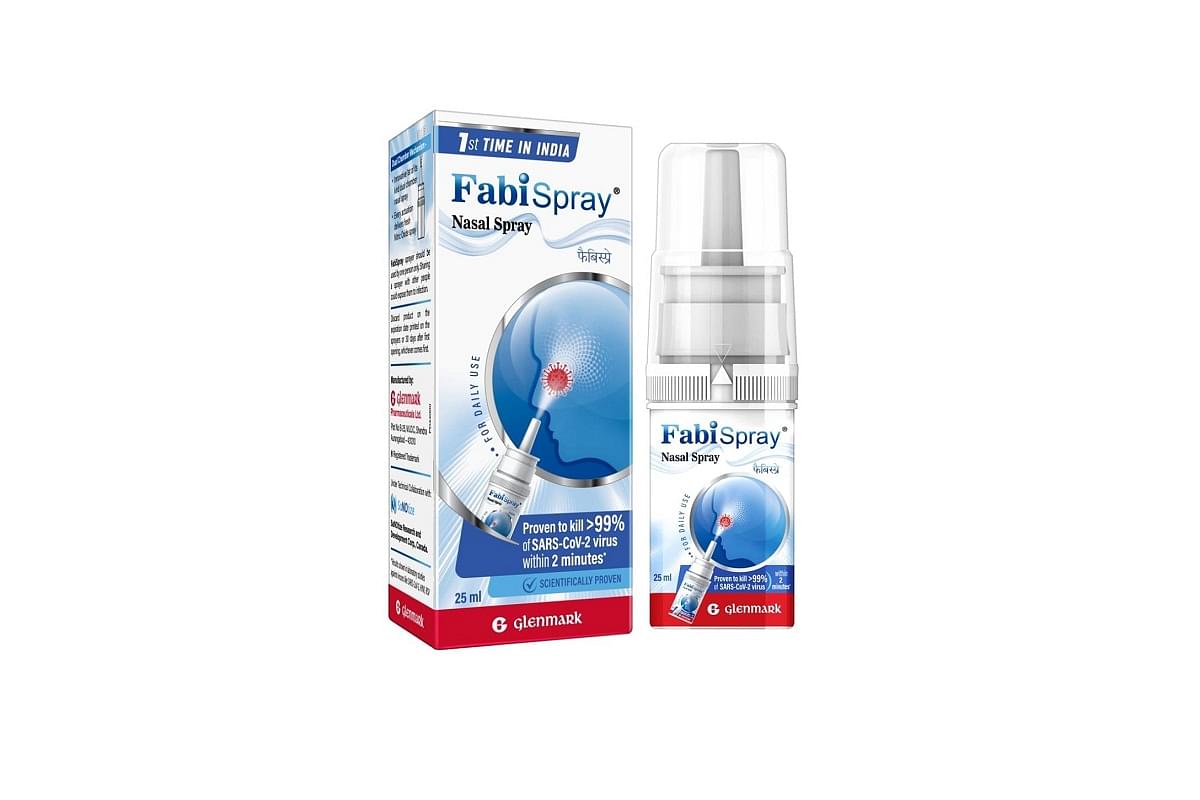 Glenmark Pharmaceuticals Limited (Glenmark) Canadian pharmaceutical company SaNOtize today (9 February) announced launch of its Nitric Oxide nasal spray (NONS) 'FabiSpray' in India for the treatment of adult patients with COVID-19 who have high risk of progression of the disease.

Glenmark earlier received manufacturing and marketing approval from the Drugs Controller General of India (DCGI) for NONS as part of the accelerated approval process.

According to a statement by Glenmark, Fabispray is designed to kill the COVID-19 virus in the upper airways.

"It has proven anti-microbial properties with a direct virucidal effect on SARS-CoV-2. NONS when sprayed over nasal mucosa acts as a physical and chemical barrier against the virus, preventing it from incubating and spreading to the lungs," the company said.

Commenting on the significance of this development, Robert Crockart, Chief Commercial Officer, Glenmark Pharmaceuticals Ltd. said, “We are happy to receive regulatory approval for Nitric Oxide Nasal Spray (FabiSpray) and launch it in partnership with SaNOtize.

Earlier, a Phase 3 clinical trial of the nasal spray was conducted in adult COVID-19 patients across 20 clinical sites in India.

All patients received standard supportive care in the study, the company said.

The company said that the "reduction in log viral load in the NONS group was statistically significant and superior to the control (placebo) group".

The median time to virological cure was 4 days in the NONS group and 8 days in the placebo group, it added.

Further, A significantly higher proportion of patients demonstrated a 2-point improvement on the WHO Progression Scale (a validated clinical endpoint) in the NONS group as compared to the placebo group, the company said.

In March 2021, clinical trials from the nasal spray's innovator, SaNOtize, showed NONS was a safe and effective antiviral treatment of SARS CoV-2. In the first 24 hours, NONS reduced the average viral load by around 95 per cent, and then by more than 99 per cent within 72 hours, the company said.

In the India Phase 3 trial, a reduction of viral load of 94 per cent in 24 hours and 99 per cent in 48 hours was similar to reduction seen in the UK NHS trial conducted by SaNOtize.

NONS has been tested in healthy volunteers and patients as part of Canada and UK clinical trials, the company added.