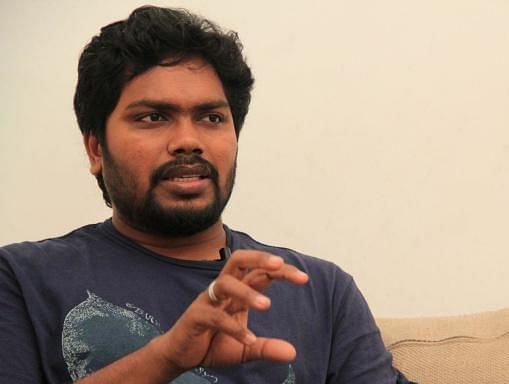 Pa. Ranjith, a well known Tamil film director and speaker on Dalit rights, kicked up a controversy yesterday when he said that Raja Raja Chola grabbed the land resources of Dalits to build the huge Thanjavur Temple.

Another vicious Hinduphobia from Tamil director PA.Ranjith where he says that government should grab the lands of Hindu mutts & give to dalits! He also lies that lands of Hindu mutts were grabbed from Dalits! Creating a Dalits vs Hindu Mutts narrative is a breaking India work! pic.twitter.com/HEZvYhmAyj

Land is a sensitive issue in Tamil Nadu just as it is in the rest of India.

The Kaveri delta region, where the Thanjavur Temple is located, is among the most fertile regions in India and therefore, land has always been a contentious issue especially between the Dalits and other castes.

In the popular understanding of Tamilians, the Chola empire, which lasted for about three centuries, contributed to the alienation of land resources from the Dalits. This understanding gained ground thanks to numerous fictional reports that were created based on so-called ‘Chola inscriptions’ recording donations of entire villages for Brahmin settlements and temples.

It would be useful to do a quick recap of what we know of the early Tamil society from early 4 to 5th century CE.

1. What is the earliest period from when records of land donations to the Brahmin community in Tamil country have been found?

It might surprise you to know that Pathitru Pathu, a Sangam (5th century BCE to 3rd century CE) classic speaks about brahmadeyam — land donated tax-free to Brahmin priests. Now the question is, did every member of the community enjoy this privilege? No, it was given to a few select members only.

It should be noted that this priestly class "received" these donations from the kings for a reason. And the reason can form the basis of a deeply researched thesis by itself. To cut the long story short, by the 4th century CE (or a little earlier) there were scholars from the Brahmin community who excelled in sasthras detailing administrative principles and governance. Every village, town or city was governed by councils that necessarily had one or more of these scholars to advise them in administrative matters. It was for this reason that the kings donated land to those select few Brahmin scholars, requesting them to relocate to different areas that required governance.

2. Is there any substance to the popular belief that it was under the Cholas that a vast majority of land resources were donated for Brahmin settlements and to construct temples, and that such skewed distribution of land was to the disadvantage of the Dalit communities?

No. This is a misconception. Donating land to Brahmin scholars started much before the Chola empire got itself well rooted. There is absolutely no record in any form to say that the Dalit community was disadvantaged because of this.

3. How did these donations work? Were previous tillers alienated from their lands for a donation to happen?

First of all, it would be good to note that the land distribution scheme was not limited to the Brahmins alone. There are more than 15-20 different classes of people, from various strata of the society and from different communities, who enjoyed these benefits for the various services they provided. For example, members of the army at various levels were given agricultural land to build their homes and also farm. There are numerous inscriptions across Tamil Nadu that inform us about the committees and the special status that they enjoyed. So the act of land donation was not restricted to the Brahmins; it was given to various communities for their services.

Moreover, there was no “sudden” land-grabbing activity by the kings from the Dalits. Acquiring land under their kingship had started much earlier. Documenting and surveying them and allocating them based on their quality, produce, presence of water table etc., had started from the 4th century CE itself. By around the 10th century CE, a very well-established system was in place. Therefore, blaming the Cholas for this activity is utter ignorance.

4. Were communities that are today identified as Dalits, owning land resources during any period of Tamil history?

Of course, yes. But were they considered Dalits then, is the question to ponder. It is interesting to note that the Thirukkural (aka the Tamil Veda) was authored by a member of the Parayar community, that comes under the schedule caste category today.

5. What do we know from records about how castes operated in the Tamil country from the earliest times?

It was very very different from how it is today. Vast and crazy changes have happened during various times for various reasons. It has been constantly changing, so much so that a few communities that existed in the Brahmana varna (the Brahmin caste) then are identified as scheduled castes today.

6. When did rigid caste divisions first appear — there seems to be a popular belief that it was under the Cholas that things became rigid?

Caste identities did not become rigid overnight. Documented proof shows that it started around the 4th century CE and reached its peak around 13th century CE. So it took a good 1000 years to get to its inflexible variant, whose remnants can be seen in some parts even today.