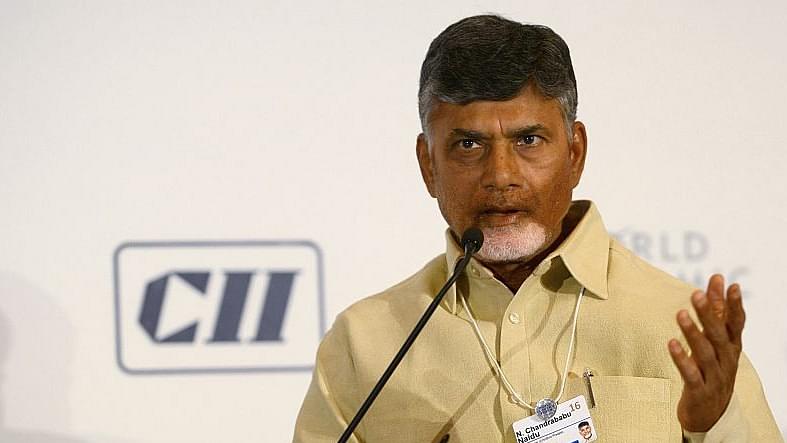 A Nobel Prize is the most serious and solemn distinction that can be bestowed upon a working scientist. It is always given to a scientist who is alive. In the 100 odd years of its existence, there might have been many cases of deserving scientists who did not get this prize, but one would be hard put to identify an undeserving scientist who got it. The venerable Swedish professors who constitute the Nobel committees certainly seem to know their job well and this award is one which stands above all others in the world of science.

So, when Chandrababu Naidu, the Chief Minister of Andhra Pradesh, declares that he will award Rs 100 crore to any scientist from his state who wins this prize, I can only conclude that he knows very little about science, even less about the Nobel Prize, and almost nothing about science in Andhra Pradesh.

Winning a Nobel Prize is like securing an Olympic gold medal or winning the Wimbledon title. There has to be a general scientific temper in the environment, there must be a ruthless system in place where only merit is rewarded, and where the members of the scientific community are only loyal to maintaining the highest possible quality in their subjects. For various historical and cultural reasons, India has a lot of catching up to do in all these respects. Rightly or wrongly, international science is carried out, evaluated and rewarded according to a value system that is based on a reductionist approach which began during the Renaissance. This model was perfected in Europe in the 19th and early 20th century. It then migrated to the US and finally to Japan. It is no wonder then that most science Nobel prizes go to scientists in one of these countries.

A critically large ecosystem to nurture a very high level of scientific activity at the topmost international levels simply does not exist in our country. The degree of brutal honesty and objectivity that is required to sustain very high level science also does not exist in India. Nobel prizes are not obtained by going for the latest fashionable areas of research in the West and trying to do more of it in India by purchasing fancy equipment at exorbitant prices. Nobel prizes are given for real breakthroughs, for introducing new ways of thinking, and for absolutely new and unexpected discoveries. There is very little correlation between the amount of money put into a research project and the likelihood of this work securing a Nobel Prize for the scientist involved.

There is too much hoopla surrounding Nobel prizes in India. Shipping Nobel laureates to the country and parading them here and there in the name of making people aware of the importance of science is probably a waste of money. Perhaps, this makes for good press and provides immediate titillation to a few but it cannot result in any long term impact. Asking questions to Nobel laureates about how to go about getting a Nobel Prize is equally silly. All of them will tell you that they do not know how and they are correct because nobody enters the scientific theatre with an idea of securing a Nobel Prize.

The sad part of Naidu’s statement is that he was probably convinced that he was saying the right thing. This can only mean that he does not appreciate the real benefits that good science can deliver to his state or to the country. He seems to feel that if a scientist working in Andhra Pradesh were to magically get a Nobel Prize, this would be some sort of endorsement for himself and his policies. He also does not understand the dynamics with which quality science operates and the fact that you would need at least 25 scientists at a Nobel level in a country if any one of them is to have a sporting chance of getting one.

Finally, even at the local level, he does not know the inadequate state of scientific activity in Andhra Pradesh. Only yesterday, a colleague told me that of the 1,100 fellows of the Indian Academy of Sciences, not one works in the state post-bifurcation. Naidu has to do a lot of homework, and his advisers have to advise him a lot better before he makes these rash statements about science. Otherwise, he is in danger of becoming a laughing stock at least in competitive scientific circles.

India is a huge country with immense potential for excelling in science. Our large under-30 population is our biggest asset. The story of Indian science since 1947 has been a sad one because so much more could have been achieved with a talent pool that is this highly gifted and motivated. It seems sad to think that the likes of J C Bose, M N Saha, S N Bose and G N Ramachandran did all their glorious work in this country. With this kind of potential, it is the duty of responsible politicians to harness our talents and set up a system that is based on honesty, accountability and fair play in science. Only they can do it because only they have the authority to do so.

Naidu would be better off if he were to address these serious and important issues rather than announce such cash awards. Considering what the Nobel Prize is, I can say with reasonable certainty that no Nobel laureate who is awarded a cash prize of 100 crore would accept it, whether he were from Andhra Pradesh or anywhere else in the world.