30 Years Since Collapse Of Soviet Union: What Was The Contemporary Hindutva View Of This Historic Event? 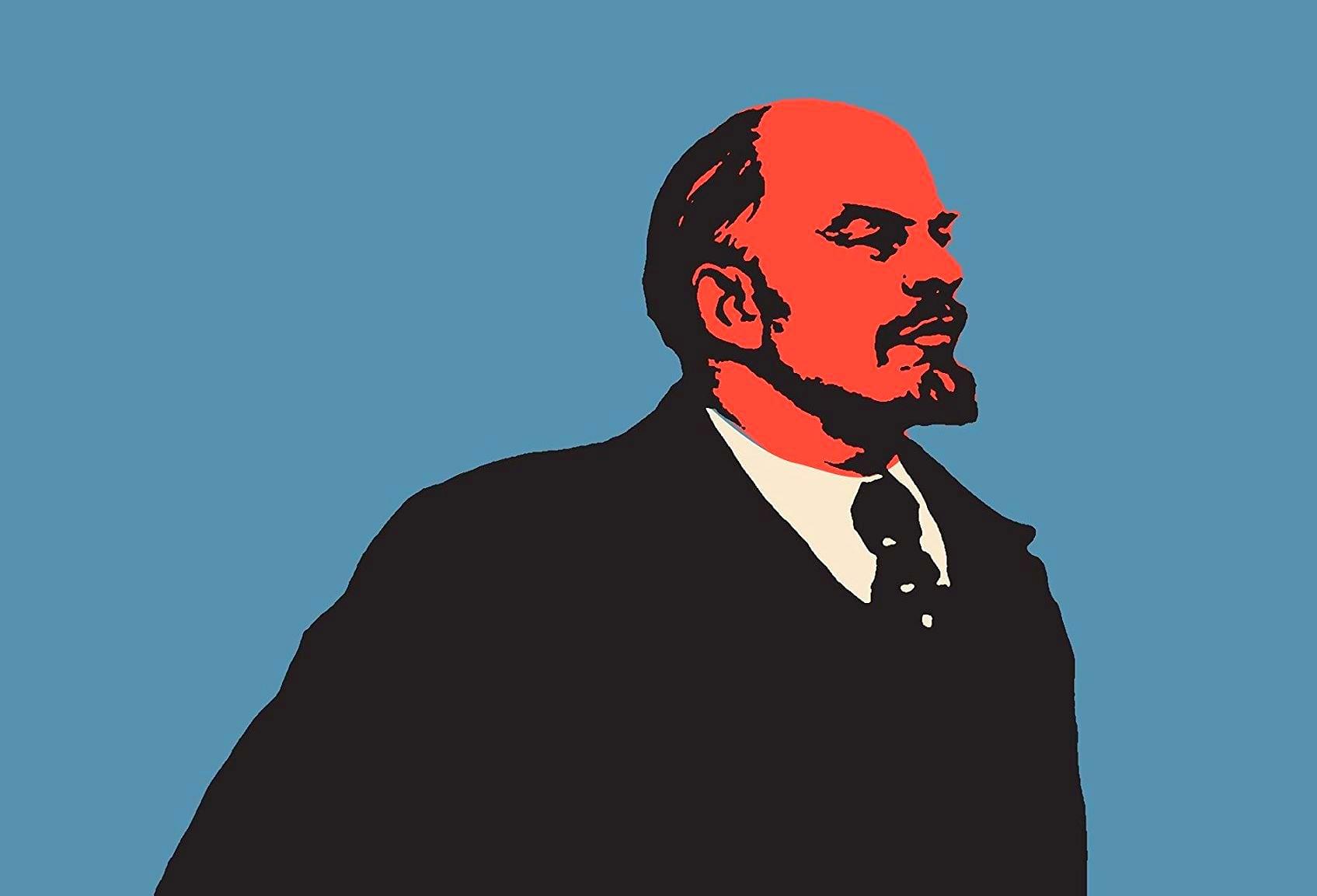 The year was 1988 — seven decades and a year after 1917 — the year the Soviet Union dawned as a new hope on humanity.

Starting March that year, the Deendayal Research Institute (DRI), an institution belonging to Rashtriya Swayamsevak Sangh (RSS), brought out three issues dedicated to ‘October Revolution and its impact on World Civilization.’ It was also the report of the proceedings of a two-day seminar DRI had conducted on the same topic, in February that year.

The seminar was happening amidst a churning that had started in the erstwhile Union of Soviet Socialist Republics (USSR), which would soon become a mighty storm, uprooting and disintegrating the Soviet Union.

The DRI had assembled the best of Indian Marxist minds of the time, diplomats who had worked in the USSR and thought leaders of the Hindutva organisations to the panel. The discussions are to this day an intellectual feast. They are a veritable milestone in the history of honest debate of political philosophy and international affairs, particularly regarding the Soviet Union.

Even before the fall of the USSR, many genuine admirers of Marxism were greatly disturbed by the atrocities of the Marxist state under Stalin. J B S Haldane, who championed Marxism in the circles of biologists and philosophers, moved over to India and became more sympathetic to the Hindu worldview. Gordon Childe, whose contribution to anthropology to this day provides an axiomatic Marxist bias to the discipline, committed suicide. Physicist David Bohm underwent a psychological breakdown.

The Hindutva movement in India has been studying the Marxist state and also ‘the theory’ quite closely and at times even sympathetically.

The DRI seminar shows the interest the Hindutva movement had on Soviet Union.

At that time, Sailendra Nath Ghosh, one of the pioneering ecological thinkers of India, was with the DRI as research director. He was also an ex-Marxist. He made a detailed analysis of the systemic problems of the Marxist-Leninist state.

His essay "October Revolution's Lost Horizon: Roles of Marx's Ambiguities, Lenin's Errors, and Stalin's Distortions" should be made a must read for every student of Hindu thought. In this in-depth essay, Ghosh goes into the fundamental fallacies as well as humanist intentions of Marx and how they lead to the errors of Lenin and then the inhuman brutality of Stalin.

He points out that Marx's basic concern was humanism — "to see self-creative, self-directing man," who "makes his life activity an object of his will and consciousness".

So what held back the Soviet Union from realising the vision of this man? Ghosh wrote:

First: there was nothing in Marx's voluminous writings to indicate what constituted the essence of socialism. ...Secondly, even though Marxism gave a sound analysis of the functioning of the capitalist society, it provides no clear theoretical concept of the future ordering of the socialist society. Acharya Vinoba Bhave was correct when he said that Marxist is merely a reactive ideology, not an active ideology. .... Thirdly, Marx's doctrine suffered from many inadequacies, ambiguities and omissions which gave rise to serious errors of direction.

Then as fourth and fifth points he added the contributions of Lenin and Stalin. In the case of Stalin, the usual Marxist apologist’s line is that the inhumanity of Stalin was his personal failing and paranoia. Marxism could not be made responsible for the personal perversion and power lust of Stalin. But Ghosh points out that the problem was deeper:

Ghosh points out that Stalin’s cruelty on the farmers could be traced ideologically to Marx himself:

Stalin possibly inherited Marx's prejudice against peasants. (Marx had made an exception in the case of Indian ancient peasant community) Marx used to regard peasants as contemptibly backward, individualistic, self-centred and ignorant because of their isolation. ... Dr. B.N. Ganguli correctly stated that the dichotomy between 'civilised nations' and the 'barbarian nations' in the Communist Manifesto reflected the Westerner's pride and prejudice against non-Western civilization. … If Stalin's extortion of tribute from the peasants for industry-building and his 'forced collectivization' programme were murderous, he could always utilise Marx's observations against peasantry to justify his actions.

The beauty of the paper by Ghosh is that it points out how Marx and Engels also strove for a vision of a complete human renaissance but could not present it correctly. He quotes a letter written by Engels after the death of Marx, answering the criticism that they placed economic factor as the primary determinant:

According to the material conception of history, the ultimately determining factor in history is the production and reproduction in real life. Neither Marx nor I have ever asserted more than this. ... Marx and I are ourselves partly to blame for the fact that the younger people lay more stress on the economic side than is due to it. We had to emphasise the main principle vis-a-vis adversaries, who denied it, and we had not always had the time, the place or the opportunity to give the other factors involved in this interaction their due.

Further, the Marxist concept of base and superstructure makes Marxists desist from accepting new ideas. This is a keen observation on Marxist psychology:

Marx's influential followers devalued the role of ideas. Hence Marxists in general have been reluctant to explore ideas beyond the written text of Marxism. They have no use for new ideas which could aid the fulfilment of Marx's humanistic objectives. ... Marx's interpreters often read a kind of economic determinism into his statement, supposing him to have said that other elements in the historical process were determined uniquely by the economic one. ...Since socialism was 'scientifically proved' to be inevitable, the Marxists could afford to be both dogmatic and arrogant and to lower the need for introspection.

The importance of this paper cannot be over-emphasised. The hallmark of Hindu thinking, not to fall into binaries, exists throughout the paper like a non-interfering background drone. Ghosh gives a hint of an important possibility in the context of Marx’s observation about the agrarian Hindu communities:

If India now takes this pattern as the basis to build upon, and seeks to meet its present-day requirements by skipping both capitalism and industrialism, will it be impossible to build a civilised, highly satisfying, durable communitarian system? This would, of course, depend on a clearer concept of a satisfying lifestyle and also of an ecological union of agriculture and manufacture.

In third issue dealing with the USSR, Dr Murali Manohar Joshi, a physicist, made the following observation in his long comment:

Now the question is: How is it that while in the rest of the world, science and technology have attained tremendous progress and attained phenomenal heights, it has stagnated in Soviet Russia, specially in the case of pure sciences? ... I trace the roots of the exploitative system to (Cartesian) dichotomy where the 'mind' was allowed to manipulate, exploit and degrade 'matter'. What Marx has done, or what socialists have done, is that they have reversed the role of matter and mind. They have made matter superior to mind. But the problem of exploitation of mind by matter or of matter by mind has not been resolved. ... Therefore, in my opinion the contribution of October Revolution to world economy is the same as that of Keynes, Adam Smith or of anybody else, because you have not deviated from Cartesian, Newtonian and Calvinist concepts of science and technology.

And then in three years, the Soviet Union ceased to be and India started with liberalisation and globalisation. Abdul Kalam’s PURA in its own way reflects the ‘ecological union of agriculture and manufacture’ while aiming to decrease societal inequalities.

In the aftermath of the collapse of the USSR, Manthan brought twin issues addressing this historical event.

In a detailed analysis spread over 10 pages, he made the following important points:

The first and foremost point of criticism against Marxism is that it could not concretize itself as an alternative civilizational paradigm - alternate to capitalist paradigm of civilization. … The second most important point of criticism is that Marx failed in the very laboratory where he fashioned his profound thesis. … The third main point of criticism is that an idealist philosophy cannot be really translated into action in the world of real politik. …. And finally just as the French revolution had petered out - dividing Europe vertically into contending nations - the Marxian internationalism also proved illusory. … Because as Sri Aurobindo has upheld, there is something objective, there is something psychological and spiritual in the growth and development of nations.

The Manthan issues dealing with the decline and fall of the USSR do not indulge in gloating over the fall of what might perhaps be the most vicious of their enemies, who constantly labelled them as communalists, fascists, counter-revolutionary and the worse. They did not rejoice over the fall of the 'evil empire'.

The perception of Hindutva movement was quite different from the way the Western right-wing viewed the fall.

For the 'Hindutvaites' of the late 1980s and early 1990s, the Soviet Union was a great idealistic dream of the Western civilisation, which got experimented on a Eurasian people and turned into a nightmare of continuous human misery and tragedy.

Another experimental lab was China — completely an Asiatic civilisation. The Marxist state collapsed in Soviet Union despite its impressive technological successes. In China, the Mao-Marxist state through famines and Han dominance, had learnt Machiavellian lessons from the collapse of its northern neighbour. It did path-correction with respect to retaining and safeguarding power.

The Hindu observation and narrative of the fall of the Soviet Union is deeper and looks at the core of the problem — preserving the fundamental worth of human life and realising its full potential in a way that also benefits the humanity — nay, all existence.

It is a tough and a hard path. It requires selfless sacrifice of the best of human minds. It is neither through consumerist hedonism nor through state-controlled power pyramids suppressing human liberty that it can be achieved. It needs Dharma — not in the shallow text-based sense but in its widest and deepest meaning — through the lived reality of Hindu civilisation which is also implicitly there in every human culture in its own way.

This path has to be discovered constantly through self-awareness and sacrifice and relentless pursuit of truth. The collapse of Soviet Union and the ecological crisis of modern Western civilisation make us listen to that voice of old India told through the words of Swami Vivekananda: "The flash of lightning is intensely bright but only for a moment; look out, boys it is dazzling your eyes. Beware".