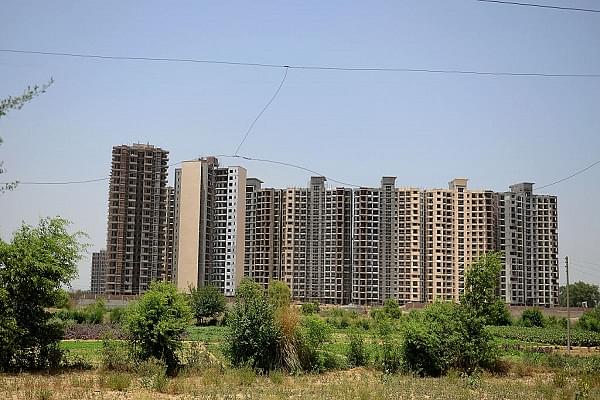 As the Union government undertakes a series of reforms on the wish-list of every reformer for two decades, it is important to revisit another area that requires attention of both the executive and the legislative.

That is, the fundamental right to property which was abolished in 1978. The provision itself was one of the most contentious provisions in the drafting of the Constitution. The pretext for dilution and subsequent abolishing of the fundamental rights has more to do with the issues of procuring land for public goods. There is a need to revisit some of the laws with regards to protecting private property in India, especially given our experience with overzealous institutions.

The difference, however, between the two is that people could appeal to the Supreme Court to protect their fundamental rights under Article 32. Frankly, these provisions mean little for the average Indian household. However, they do display an attempt to assault private property in the name of social equity during the early decades post India’s Independence.

There has been a definite shift in the outlook of the government since then, as it no longer views the process of wealth creation with suspicion — and it is swiftly moving towards creating a robust environment that promotes wealth creation.

These rights serve as an important incentive, which is vital for risk-taking which precludes the act of wealth creation. Therefore, the government must look at ways to strengthen the property rights across the country.

That these rights need to be strengthened, and there should be a more nuanced discussion on whether it must be a fundamental right and if so, then how should this right be protected along with circumstances under which the state shall strive to protect it.

But more than this, what is needed is to recognise that the bulk of the problem is to do with enforcement of these rights — or rather in protecting these rights.

This would be imperative as mere legal provisions without a speedy judicial process would be insufficient for the desired outcome of assuaging investors about the protection of their property rights in India.

Government has tried to use tribunals as an attempt to strengthen the judicial system — and in some instances it has even merged the judicial with executive functions making some of these tribunals extremely powerful institutions.

However, despite this experiment, enforcement of contracts continues to be a nightmare.

Moreover, it is well known that property cases in India are often fought across generations. This has severe implications in terms of the economic value that gets trapped — and the excessive costs of litigation for enforcing such rights.

It is worth highlighting that the present context has witnessed several global conglomerates express concerns regarding the theft of their IPR by several Chinese companies.

This has also become a bone of contention between the US and Chinese administrations while several other countries have also expressed concerns regarding theft of IPR.

The ongoing pandemic, US-China trade tensions and other supply chain diversification concerns make this an era where global supply chains will reorient themselves significantly.

It is, thus, prudent for us to look at some of the reforms on the legislative and judicial fronts that can improve our record on protection of private property.

It is worthwhile to observe that we have already slashed our corporate tax rates to one of the lowest levels, there has been substantial improvement in our Ease of Doing Business due to regulatory overhauls and that all this has happened along with several deep structural reforms that are aimed at unshackling our productive capacity.

All of these factors would invariably influence some companies to view India as the natural substitute to China — or perhaps, even a better alternative to China given that India is a democratic country with far more inclusive institutions.

Attracting foreign capital is not the sole reason why we need to undertake a rethink on our right to property and the judicial reforms needed to strengthen it. There are ethical and economic justifications for the same, but more importantly, there is a political reason for the same.

That political reason is that such reforms are critical for the new policy environment that the government is attempting to build for India’s private sector that truly respects our wealth creators.

Doing so would be compatible with having a taxpayer’s charter and for truly limiting the powers that overzealous officials can wield from time to time.

Judicial reforms are indeed pending on the reforms agenda, and while a complete reform is needed it might be politically tough. An alternative could be an attempt at increasing the judicial capacity and engaging with the judiciary on ways to reduce the pendency of cases would serve us well.