A New Frontier: How GSLV Will Transform India’s Space Programme 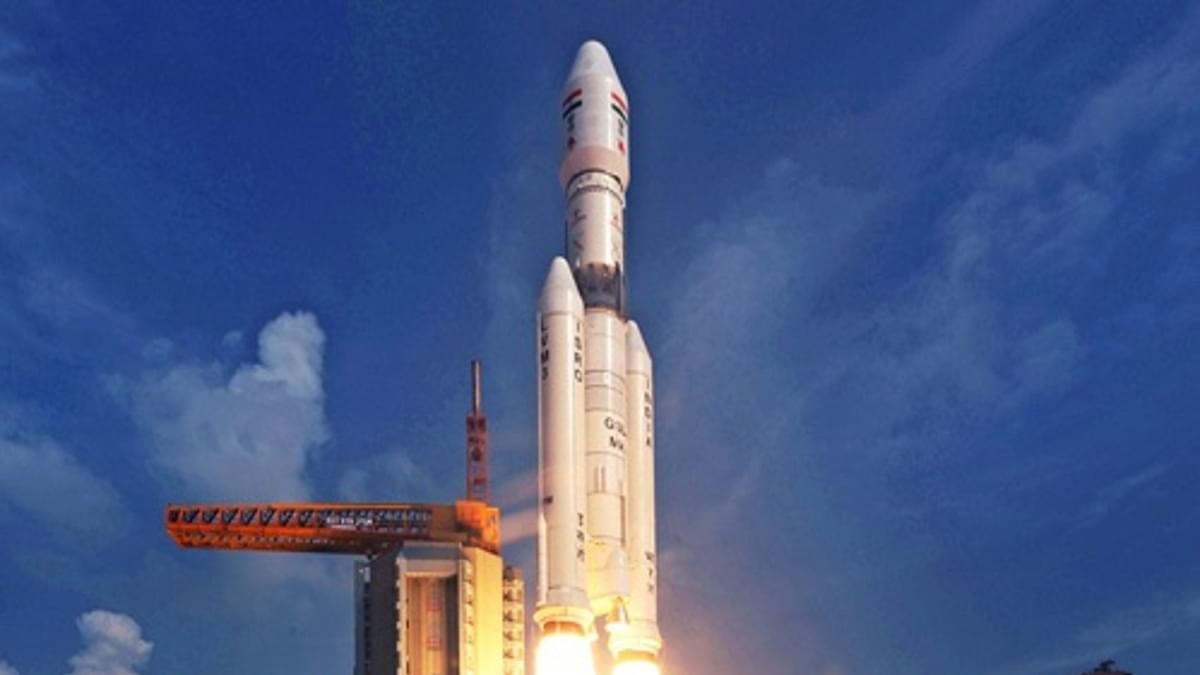 In January 2017, India will operationalise the Geosynchronous Satellite Launch Vehicle, the GSLV. It will propel the Indian space programme into an entirely different league, ushering in a new era in the country's space journey.

Firstly, GSLV will make India's launch programme entirely self-sufficient for the first time in history. The independence from foreign rockets means that Indian communication satellites will no longer be riding the Ariane rockets from French Guiana. These will be launched on the GSLV from Sriharikota.

Secondly, GSLV opens the floodgates for space missions of an entirely different variety, complexity and sizes. India can undertake heavy payload missions like the manned mission to space, Chandrayaan-2, Mangalyaan-2 or the missions to Venus, Jupiter, asteroids and more.

To fully appreciate the GSLV, we need to understand the limitations of India's current workhorse, the Polar Satellite Launch Vehicle (PSLV). Although highly successful, having launched the Chandrayaan, the Mangalyaan and almost all the Indian remote sensing satellites, this rocket has reached a plateau. It cannot take the space programme to newer heights.

PSLV is a solid fuel rocket, which is easier to make and operate. But solid fuel rockets have one disadvantage - their engines generate less thrust. Less thrust translates into a less payload. PSLV is typically suited to launch a three-tonne satellite to a low earth orbit of maximum 2,000 km. The direct handicap of this performance is that the PSLV cannot launch communication satellites.

Communication satellites normally weigh over four tonnes. Also, these satellites must be deployed at a special orbit of 36,000 km from earth. This 36,000-km orbit is unique, because it’s geosynchronous. Satellites in this orbit complete one circle around earth in 24 hours, same as one rotation of earth on its axis. Thus in this orbit, a satellite circling at the same speed as earth will be stationary over a fixed point on earth.

Being stationary makes the satellite perfect for reflecting television and radio communications to and from earth. All the world’s television communication satellites, with transponders are positioned here. India’s solid fuel PSLV simply does not have the power to propel a four-tonne plus payload to that distant an orbit.

PSLV is good for launching maximum 3.8-tonne satellites in low earth orbits ranging between 300 km and 1,000 km, higher the weight lower the orbit. A satellite at these low heights, circles the earth several times a day. Constantly moving, these satellites are unsuitable for communication.

These low satellites become useful when placed in a polar orbit, where they circle the earth from north to south. In this orbit, earth rotates under the satellite, thus exposing all parts to the satellite almost daily. Such satellites can photograph almost any part of earth at least once a day. Closeness and access to all parts of the earth makes such satellites perfect for remote sensing.

Remote sensing satellites excel in applications like monitoring weather, crops, fisheries, forests, flooding, reservoirs, snow cover, tsunami, soil erosion, assessment of urbanisation, ocean studies and last, but not the least, espionage by regularly photographing enemy facilities. Thanks to the reliable, cheap and fully indigenous PSLV, India today has one of the largest constellations of remote sensing satellites in the world.

As PSLV capability is limited to low earth orbits only, it’s natural to wonder how India could launch missions to Moon and Mars. The answer lies in rocket science combined with Indian jugaad, albeit a technically advanced one.

To start with, Indian Space Research Organisation (ISRO) designed these satellites very light. Both Chandrayaan-1 and Mangalyaan-1 weighed around 1.3 tonne. Even with light weight, a direct route to Moon or Mars was impossible. PSLV could put these satellites into low earth orbits only.

For comparison, the concurrently launched MAVEN mission to Mars by NASA weighed 2.4 tonne, heavier by the size of a big passenger car. Launched on Atlas rockets, the heavier MAVEN reached escape velocity to Mars by the power of launching rocket itself in one stroke.

ISRO improvisation had trade-offs. Lower payload meant restricting the amount of the scientific payload that these missions could carry. However, for first missions, these trade-offs were acceptable because the objective broadly was limited to proving the technology. That ISRO completed the missions and also discovered water on Moon is icing on the cake.

Counter intuitively though, the trade-offs and improvisations actually represent a high level of sophistication in mission planning. Deft mission planning allowed ISRO to go far beyond what was technically possible, key hallmark of all great space programmes. Beyond any doubt, these missions demonstrate two capabilities, India’s sophistication and confidence in satellite building and mission planning. The limiting factor, however, is constraint in designing heavier satellites.

Future missions to Mars and Moon will be heavier though. Objectives will be larger than demonstrating technology. Chandrayaan-2 and Mangalyaan-2 are planning Moon and Mars landers, and will certainly be loaded with greater number of scientific instruments.

Such heavier missions will be impossible on a PSLV, an even heavier manned mission is simply inconceivable. While PSLV will remain the remote sensing workhorse, it has no runway left for newer types of missions. The next chapter of Indian space programme cannot begin without a more powerful rocket.

This is where GSLV comes in. It is based on cryogenic technology, essentially using liquefied gases as fuels. Chief advantage of cryogenic technology is higher thrust, which means breaking out of low earth orbits and higher orbits with greater payloads. But this comes with newer challenges.

Cryogenic technology is a closely guarded secret internationally, and it's difficult. Everything is exponentially more complex with gases, liquefied at low temperatures of up to -250 centigrade and under high pressures. Pumping, mixing, controlling temperature, pressure, igniting these fuels, ensuring hardware and electronic operations at these low temperatures, safely using highly explosive gases, all this while the rocket is propelling at several kilometers per second, are a major challenge of technology. These are the frontiers of rocket science.

By operationalising GSLV, India will have crossed the last major technology threshold. ISRO can launch communication satellites into geostationary orbits and can launch heavier missions to Moon and Mars, but the benefits go far beyond.

Cryogenic rockets will be further improved over the next few decades, with newer designs leading to progressively more powerful launch vehicles. This opens a several decade long runway for newer satellites that are heavier and bigger. Bigger satellites mean more ambitious and daring missions like Venus, asteroids, Jupiter and even beyond. Not to mention India's manned mission.

Closing on five decades after ISRO was formed, we are witnessing the coming together of three critical components of a great space programme: satellite building, mission planning and heavy launch rockets. Together, these capabilities mark the beginning of a new era, where sky or perhaps space is the limit. India can dare to dream.

Siddhartha Srivastava is a strategy consultant based in Cleveland, USA. He has been part of aviation industry for long. He has Masters in Mechanical Engineer, with an MBA from INSEAD, France.