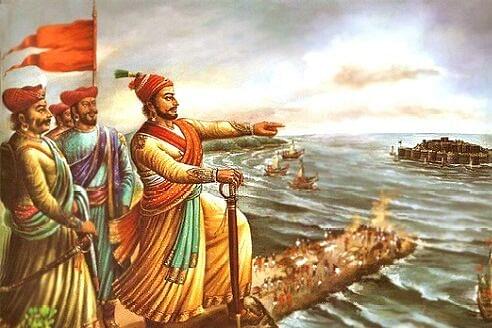 A tiny town on the coast of Karnataka is gearing up to celebrate legendary Maratha ruler Chhatrapati Shivaji Maharaj’s first and only naval expedition.

The celebrations coincide with Tanhaji, the reel replay of Shivaji’s most eventful ‘mohim’ that seized the fort of Kondhana from the Mughals, and which is continuing to rule theatres inching close to the Rs 300 crore mark.

Basrur is a tiny port town today in Kundapur taluk of Udupi district in Karnataka. It finds mention in works of various historical scholars and chroniclers as Barcelor, Barcalor, Basnur, Bares, Abu-Sarur and Barsellor.

A historically important harbour and trade centre, it has today lost most of its ancient glory and all that remains are tales of the past. But less than four centuries ago it was a bustling town that was a centre of trade, commerce and art. For those who revere the ‘Hindu Hriday Samrat’, this town is the one to which their ‘raze’ led his first naval expedition.

Shortly after establishing the fort of Sindhudurg, which was to serve as the base of his naval forces, Shivaji took to the sea with a fleet of 88 ships. It included three mammoth ones with 4,000 infantry, and demonstrated the strength of his forces on the waters too.

In a bid to ensure this town and its tales are not relegated to the pages of history, followers of Shivaji in this town along with those who trace their origin to the city, backed by the Karnataka Itihasa Sankalana Samiti have been celebrating 13 February as Basruru History Day for the past four years.

“The expedition checked the exploits of the enemies in the region and marked the beginning of the battle against the Portuguese,” say the organisers, who are celebrating this day as the Basruru Swatantrya Diwas this year.

“When local rulers informed Shivaji Maharaj of the oppression by the foreign traders who had settled down in Basrur, he led his forces and helped our town gain freedom and hence we would like to celebrate it as Basrur's Swatantrya (Independence) Diwas," says a Samiti member.

On this day (13 February), 355 years ago Shivaji, who can be undisputedly credited for the revival of India’s maritime power, led his men to the river port of Basrur and raided the port town as it was geo-strategically an important one for both the Dutch and the Portuguese.

The raid, which the Maratha monarch secretly planned and executed, was said to have broken the monopoly of the foreign traders, and the loot from the raid has been described being ‘beyond count’ by Sabhasad Bakhar, a work chronicling the life and times of the great warrior.

The raid was aimed at breaking the trade control of the Portuguese and the Dutch who were competing for monopoly over the flourishing town. Shivaji, The Great Maratha by A H Sardesai, looks at how local rulers neither resisted the raid nor was there any change in the political and economic scenario of the town after the raid, and how the town continued to be a major trade centre even after Shivaji left.

All these tales though are nowhere visible now in what remains of this once crucial port town.

Strolling through the lanes, one cannot but wonder the numerous tales that lay buried under the sands of time here. As I stood on the banks of river Varahi, the images of the remains of the Tuluveshwara Temple that I had just visited began to haunt me.

A banyan tree has grown around the Shiva Linga in the Garbagriha walls which, though dilapidated, have been held strong by the roots of the huge tree that has turned into its natural shikara.

Numerous temples dot this town yet not much of its history is known to visitors most of whom are pilgrims to temples of their respective communities. But this was not so in the past.

This was called a town of keris (lanes) and keres (lakes) with each keri being named after a guild, and with each having a temple of its own, and a bustling market. But what remains today are just the names of the keris — the artisan’s street called the Gudikara Keri, the Ravutha Keri or the soldier’s street, Mandi Keri, Mudlu Keri, Basadi Keri and Vilasa Keri.

A few years ago, a group of youngsters had led a bike expedition from Pune in Maharashtra to this town to highlight the importance of coastal security, following a breach which led to terror attacks in Mumbai.

The present celebrations in the town too are aimed at creating an awareness among people about its past as well as attempt to revive its lost glory.

Efforts to reclaim its golden past are being made by initiating the renovation of the temples, identification of the key historic spots, encouraging research and documentation of the ancient inscriptions that have been found here, as well as publishing a book that documents the tale of Basrur.

“It is a far-fetched dream but may be we can also set up a maritime study centre here to generate opportunities for locals, along with a Shivaji memorial that signifies the importance of the town in the life of the great ruler,”explains Sudhir Pai of the Samiti.

The town will see a procession in which students of various schools will participate. The procession will highlight ‘the arrival of Shivaji Maharaj by a boat’, traverse through the town and visit all the key temples. It will culminate at the venue where an event will be held to enlighten the people about the greatness of the town.

Such efforts have to be lauded and emulated to reclaim the glory of the past from the dusty racks of libraries.