Aadhaar-Like Tags For Cows Will Create A New Jobs Eco-System Based On Protection, Not Slaughter 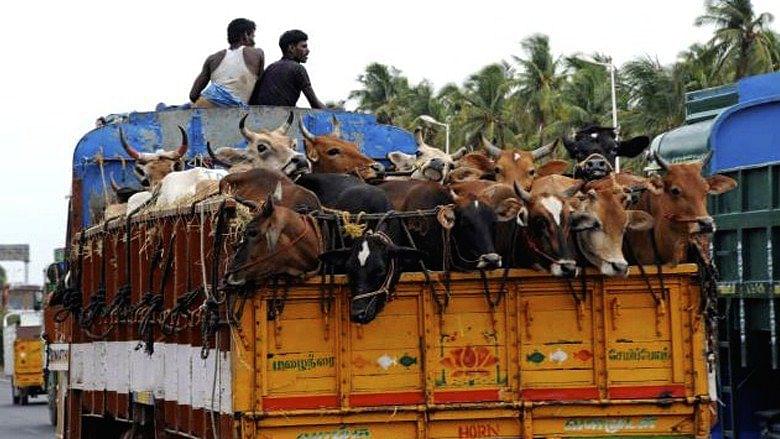 Every problem probably has solution offered by technology. India has a unique law wherein most states ban cow slaughter. But thanks to their inability to enforce the law, assorted bands of gau rakshaks, some driven by genuine motives of gau seva and others by the lucre embedded in collecting protection money, provide opportunities for violence and corruption as aged cows head for slaughter.

Logically, those gau rakshaks motivated only by the need to prevent slaughter and willing to report on cattle smuggling to the police, should be seen as ‘whistle blowers’, but in the current climate of rubbishing anything to do with Hindu sentiment, critics are willing to lump both whistle-blowers and rogue protection racketeers in the same bucket as ‘vigilante groups’.

It is a travesty, and yesterday (24 April), Solicitor General Ranjit Kumar told a Supreme Court bench headed by Chief Justice J S Khehar that the solution may lie in giving each cow a unique ID like Aadhaar. This was not something Kumar fished out of his hat on the spur of the moment, but comes from a committee recommendation submitted to the government last year. The court is hearing a public interest litigation seeking action to prevent cow smuggling filed by the Akhil Bharatiya Krishi Goseva Sangh.

The committee has suggested that cattle should be tagged with polyurethane IDs carrying details of their age, breed, sex, body colour, horn type and milk yielding status, reports Mint. Once registered and given an ID, every change in the ownership of the cow (or its progeny) will have a paper trail. The committee has also suggested that the state be involved in the transport of cattle so that there is no incentive for private smugglers to enter the picture.

What is particularly interesting is the committee’s suggestion to offer solutions for cattle that are past their milk-yielding years. A Times of India report quotes the committee as saying that “to prevent smuggling of non-milking/retired cattle, measures may be taken to create sustainable housing models (and) dry dairies in every block, which could be self-sustaining by linking its operations to production of manure and bio-gas, which may be sold at a minimum support price to the government. This will reduce use of chemical fertilisers in agriculture.”

The secular-liberal outrage brigade (SLOBs for short) may be tempted to poke fun at all this fuss over a cow, but what we are seeing in the committee’s report is the first real attempt to build a viable eco-system that attempts an economic and social solution for something that was seen as a purely religious or sentimental issue for traditional Hindus. The only thing that may need adding is a tannery attached to gau shalas, for using the hides of cattle that die a natural death.

For those intending to smirk, they should note that the idea of tagging cattle is not something invented only to meet Hindu demands. Tags are already used by the National Dairy Development Board for cattle farms and for insuring animals. So providing a universal tagging system is thus logical for the enforcement of the ban on cow slaughter.

The truth is most religious sentiments have economic underpinnings, and the problem so far in India is that we have not thought through the cow economy from birth to death. Once you have, you have a new eco-system capable of providing its own economic benefits and livelihoods to millions of people.

The left will probably try to make this a Hindu-Muslim issue, and how cow protection will hurt Muslims who make a living out of slaughtering cows and selling beef, but even Muslims can find jobs in the new eco-system. A news report from Gujarat, filed by Hindustan Times, says that after the Gujarat government raised penalties for cow slaughter, the Muslims of Juhapura, which is home to half a million people, has planned to cope with this economic shift by proposing to set up a modern bovine shelter.

It is simple economics. Laws can change, but around every law a new economic order can be created. If you ban butter, demand will shift to margarine or jam. When liquor is banned, the money saved from not consuming liquor emerges as demand for other products. The same will be the case with the enforcement of the ban on cow slaughter. It will create a new economy around protecting cows. The rogue elements among gau rakshaks will have to find new means of earning protection money.

That will be a huge gain.