Antrix Scores Moral Victory Over Devas In Supreme Court, But Battle Isn't Over And There Are Lessons To Learn 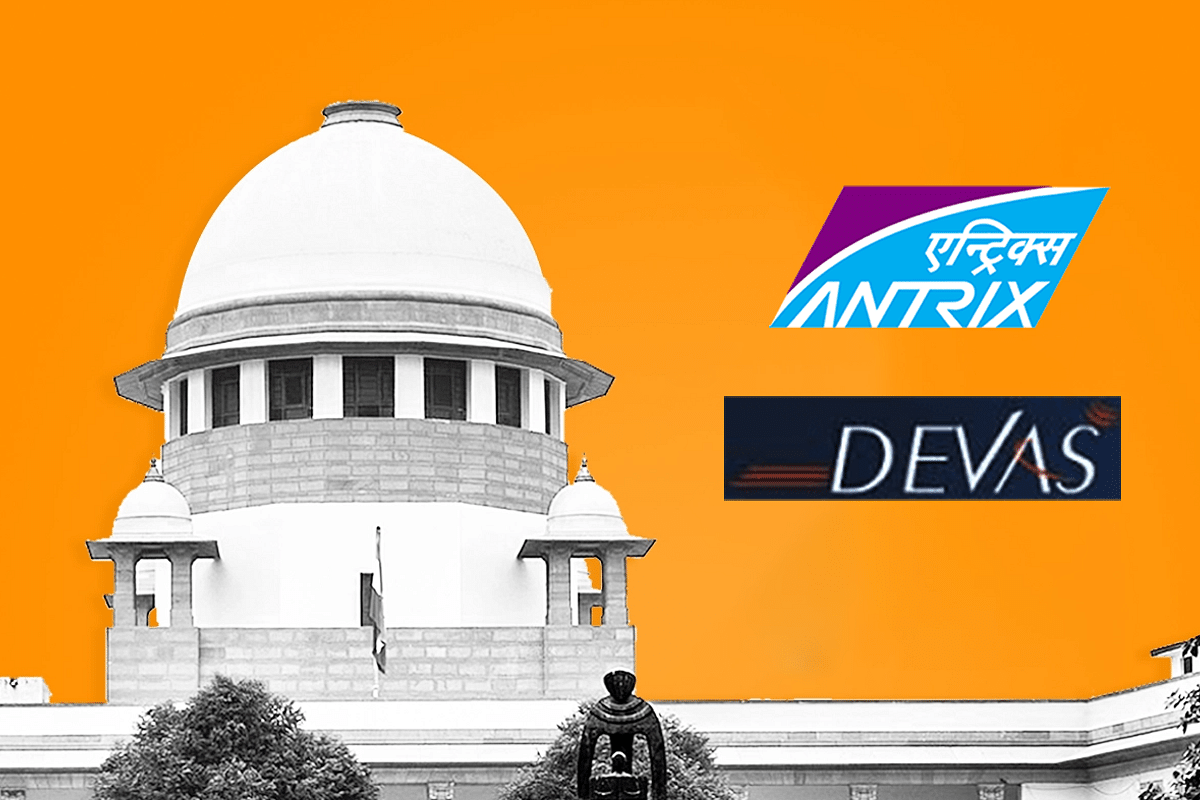 The Supreme Court’s verdict upholding the decision of the National Company Law Tribunal (NCLT) and its appellate body (NCLAT) to order the liquidation of Devas Multimedia will create a new situation where domestic law will be pitted against international arbitration awards. A two-judge bench comprising justices V Ramasubramanian and Hemant Gupta, came to a strong conclusion against Devas. “We find all the grounds of attack to the concurrent orders of the NCLT and NCLAT to be unsustainable. Therefore, the appeals by Devas Multimedia are dismissed." The verdict upheld the claim that there was “fraud” involved.

There is little doubt that the verdict will strengthen the hands of ISRO’s subsidiary Antrix, which entered into a deal with Devas Multimedia in 2005 to launch two satellites and make available 70 Mhz of S-band spectrum for commercial use. The deal was cancelled in 2011 after allegations of fraud and non-compliance with the law were alleged, and in 2015 the Central Bureau of Investigation (CBI) filed cases against Devas and those involved.

In October 2020, however, Antrix lost an international arbitration award filed under the International Chamber of Commerce’s rules. Since then, investors in Devas have been moving courts in Canada and France seeking the takeover of assets belonging to the Indian government even though it is Antrix that is the other party (read more about the details of the dispute here).

While it is doubtful whether international courts can or should uphold any order that penalises a non-party to the dispute merely because its parent — in this case the government of India — owns the party which lost the arbitration (Antrix), the real issue is different: will allegations of fraud in a deal, now accepted as a given by the highest court in India, trump arbitration awards made under international investment protection treaties?

The answer should be yes, but a lot will now depend on how the government deals with the consequences of the verdict in internal forums. How will it, for example, deal with later investors in Devas, like, say Deutsche Telekom, which invested in the company long after the deal had already been signed with Antrix by Devas Multimedia? How will the government deal with the global reputational fallout of the Supreme Court’s verdict?

In a way, the Supreme Court answered this question indirectly when it dismissed all the grounds offered by Devas to prevent liquidation. The judgement said: “We do not know if the action of Antrix in seeking the winding up of Devas may send a wrong message to the community of investors, but allowing Devas and its shareholders to reap the benefits of their fraudulent actions, may nevertheless send another wrong message, namely that by adopting fraudulent means and by bringing into India an investment of ₹579 crore, the 133 investors can hope to get tens of thousands of crore of rupees, even after siphoning off ₹488 crore," it added.

Put simply, the verdict raises a question about whether the international award can itself be sustained in the context of established fraud in India.

This case raises the same questions that came up in the 2G spectrum and coal block allocation scams. In both cases, the Supreme Court held that the allocations were in contravention of rules and arbitrary in nature, and thus all licences could be cancelled.

The larger question — who is liable for how much of the fraud — remains: while the primary perpetrators of the scam can be prosecuted, what happens if investors who came in later were unaware of the fraud and invested in the company in good faith? In the 2G scam, international investors, including Norway’s Telenor, burnt their fingers by investing in the domestic telecom companies that won spectrum and licences using dubious means. It is interesting that none of the international parties affected by a domestic scam has obtained any kind of international compensation under any investment treaty. Clearly, they accept that indirect victims of fraud cannot expect to benefit if the primary fraud is proved in court.

Now that Antrix, ISRO and the government have won the battle at home, they would do well to assure indirect victims of the judgment — who may not have been party to the fraud or misrepresentation — that this does not mean their future investments will be at similar risk. On the other hand, the government and Antrix cannot assume that the shareholders of Devas will not continue to sue abroad. They need to continue the fight even while reassuring investors that their money is safe, as long as they understand who they are getting into bed with.

The lesson for international investors is actually basic: do your due diligence before putting your money into Indian joint ventures. If the business is telecom, and your partner is a realtor with no understanding of telecom, what is the logic of investing large sums at a premium in the latter’s company?