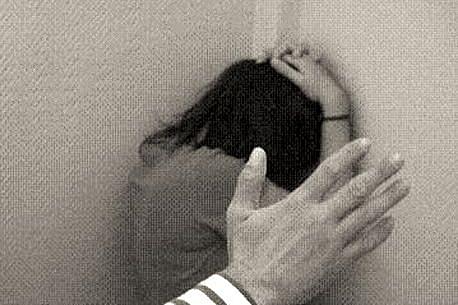 In the wake of the Covid-19 pandemic and the subsequent lockdown, there is concern for possible disproportionate impact of the pandemic on women including the escalation of violence against them.

Social media is abuzz with anecdotal evidence from India of women facing the burden of care while also enduring violence arising from men concerned with job loss and frustration at being confined at home due to the lockdown.

Also gaining currency is the global feminist discourse, overarching as it is on its human rights and intersectionality approach based on “well proven facts that any crisis will exacerbate inequalities and as such, will affect people differently including their ability to recover”.

For disadvantaged and poor women in India facing an unprecedented distress, it would be worthwhile to examine these two angles with some restraint.

The National Commission for Women (NCW), which receives complaints from across the country, has reported a gradual rise in the complaints of domestic violence. According to the data shared by NCW, from 23 March until 10 April this year, the panel received a total of 370 complaints associated with women’s issues of which 123 were related to domestic violence.

These complaints have been received via emails so it is likely they came from women who knew NCW and also how to send complaints via email to them. So, actual number of complaints could have been higher if email access had been more widespread especially in rural areas.

But the problem for the gender discourse in the wake of the pandemic is not of number of complaints alone as much as it is of the limited acknowledgement of the critical setting. While domestic abuse may be evident because men are at home, there is an overall hopelessness and helplessness that even men face due to loss of income and jobs that may be triggering violence.

Even those not living in dire poverty are impacted by the stress of uncertainty. Sunanda Desai, a working woman from an upper-middle-class family in Mumbai, acknowledges that post lockdown, due to stress, “there are fights and violence in the house that I have never experienced before in my ten years of marriage.”

Even when it is a new phenomenon in certain households because of the current situation, the subject of domestic violence faces bundled treatment in the media, devoid of perspective. It is based simply on the widely-acceptedreality of gender-based violence.

One headline calls men “monsters”, an unwarranted vilification of males, who have faced severe job losses and are unable even to guarantee food for themselves or for the family.

This selectivity and anecdotal evidence when the public health crisis remains indeterminate, changing and dire, diverts from the integrated treatment of distress and response for families as a unit and neighbourhoods as stakeholders. This is critical not just to contain the pandemic but also to foster gender-supporting relationships to benefit women.

The situation with male labour migrants and their families would be illustrative in this regard. Roughly about 70 to 80 million workers, ie, 15 to 20 per cent of India's total workforce are seasonal migrants. Most of these are migrants from rural areas and are called distress migrants (as opposed to aspirational migrants) moving to cities to eke out a livelihood.

These cities are far and migrants were away from home for months. They turn the wheel of the Indian economy, contributing approximately 10 per cent to the gross domestic product (GDP). But they are at the very base of the informal sector, without contracts, wage security and social protection.

As this author has witnessed, they live packed together in congested, shared rooms in degraded slum areas or in the suffocating confines of their workplaces — construction sites, factories and restaurants.

The photos and videos in the media of lakhs of migrant workers already living in such conditions and trying to make their way on foot back to their home towns, post the lockdown, is stark. Workers are stuck in informal settlements, hungry and jobless, as restaurants, roadside eateries and businesses have closed down.

A huge number have not been paid their wages and have no money to buy food even if they could find it. While home is where their heart is, the money they used to send home is not available and future availability is uncertain.

To add to their misery, there is fear in their families and neighbourhoods that they will be carriers of the disease.

Their school-going children were used to getting their free mid-day meal, often their only nutritious meal of the day. Parents depended on it for their children’s sustenance.

This has now been disrupted because the schools have closed due to the pandemic.

Different states are addressing this disruption differently depending on their resources and logistics, and which can change very quickly.

While some states have provided rations to the families to feed the children at home, others have chosen to transfer funds into their bank accounts.

The strategies of what, how much and when are continually being assessed and changed given the complexity and scale of what needs to be done.

Women in migrant families were also engaged in microenterprises, agricultural labour or other work at or close to home and these too have declined making their family lives precarious.

Quite a bit of what women earned went into children’s welfare.

Men, women and children have been affected and it underlines the need to research and address, in the first instance, the economic and mental health impact of the pandemic on the family as a unit.

“We need to be mindful of how we kill the pandemic, without making women’s equality and mental health collateral damage,” writes Ashwini Deshpande; definitely, but rather by emphasising family-inclusive strategies to address mental health issues.

The pandemic has created a ‘shared distress’ among family members with confusion as to outcomes.

Indeed, even before the pandemic, the situation with the migrant families was already one of shared distress, hence, the development interventions for migrant labour, spearheaded by the NGO, Aajeevika Bureau, were family-inclusive, ie, for male migrants in their destinations and for their families in the source areas.

In India, we are still at the stage when basic health and food security needs for the whole family has to be the immediate response to the pandemic. Jobs and livelihood strategies are definitely a few weeks if not a few months away.

Many male migrants are not clear whether they will even return to the cities. When the families have basic food security is when we will have an opportunity to sensitively engage in dialogue and intervention that involves not just women but men and other adults. This helps understand and respond to the disruption and differential impact on family members (including any disparity in apportioning of food relief among members).

This would be the most appropriate gender lens to adopt for the short term and for women strategically.

The global feminist discourse on the [assumed] impact of the pandemic remains on vulnerability of “women and girls that endure a disproportionate impact due to their sex, gender and sexual orientation”.

In India, certainly, evidence to corroborate this on any scale is yet to emerge.

The feminist policy on Covid-19 conveyed to the United Nations outlines nine focus areas including violence against women. It outlines their customary positioning on gender, ie, that these “represent some of the ways in which social and gender inequalities continue to manifest themselves especially within the framework of patriarchal systems which control all forms of power and means of production including women’s bodies and agency.”

UN Women executive director Phumzile Mlambo-Ngcuka said in a statement calling the violence against women and girls "a shadow pandemic" as “confinement is fostering the tension and strain created by security, health, and money worries”.

In the rural areas, where most of India lives, these are more the impacts of the pandemic on every member of the family and not just on the women.

The feminist framework has focused on ‘structural’ gender inequality that has unequal division of power and resources between men and women as its central tenet along with institutions and their strategies that the framework believes reinforces these divisions.

It has prioritised women-centric approaches to address a variety of issues by promoting women’s collectives and empowerment as well as strengthening gender justice approaches and institutions.

While these have helped, the jury is still out on sustainable impact, especially if the UN Women director has to still flag a ‘shadow pandemic’ 25 years after the Beijing Declaration and Platform for Action.

The feminist discourse requires serious contextualising for the local, consistent with the pandemic’s differential impact in countries and cultures even while it sweeps almost the entire globalised world.

Data gathering, analysis and response have to be more carefully calibrated for cultural and gender inclusiveness (men and women, boys and girls), the binding force of which is mutuality and relationships that are negotiated in disaster situations.

A reassessment of family and community atomising approaches that feminism has so far advocated by keeping men as the target is timely in the wake of evidence of what is clearly a health and economic crisis affecting families and their local networks and not just women.

Such a reassessment may, indeed, lead to needed shifts towards more cultural appropriateness in feminist theorising for the future.