Atul Kochhar Episode Brings Dangers Of Cyberbullying To The Fore 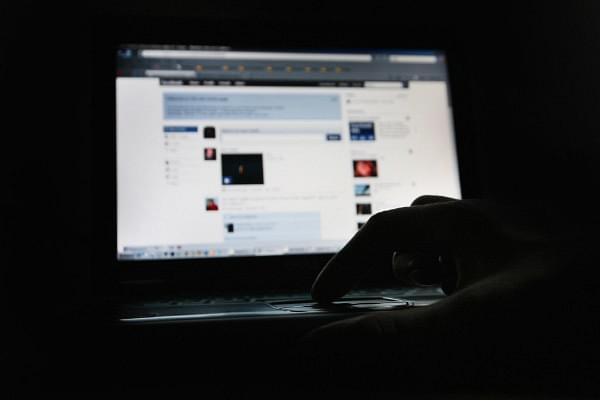 The ugly reality of cyberbullying has hit us once again. This time it has been highlighted by the case of Michelin-starred chef Atul Kochhar, who lost his business and more, due to cyberbullying.

It started with Kochhar’s response to actor Priyanka Chopra for her role in an American TV series. He tweeted: “It's sad to see that you have not respected the sentiments of Hindus who have been terrorised by Islam over 2,000 years. Shame on You (sic).” While the reader is free to agree or disagree with his views, the focus of this article is on the events that followed.

Kochhar’s tweet was picked up by a woman named Rupa Subramanya, who denounced his views by tagging his business partners JW Marriot Dubai and the United Arab Emirates authorities. That escalated the matter and caused an uproar. Kochhar later apologised profusely through various tweets and messages.

However, the matter didn’t end there. Given the strict rules in West Asia against speaking about Islam, JW Marriot terminated his services. It has been reported that the chef may now be prosecuted and “face imprisonment of up to 5 years and a fine of between 500,000 dirhams and one million dirhams”. He is currently bombarded by online abuses and death threats. This is now a case of cyberbullying that has progressed to real-life harassment.

Many people conflate the term cyberbullying with the legitimate and civil countering of opinions, or responses that expose half-truths and lies. That is incorrect. Cyberbullying implies repeated behaviour and/or a power imbalance. It refers to the systematic harassment of individuals with the help of electronic devices. “They include e-mail, cell phone and pager text messages, instant messaging, defamatory personal web sites… to support deliberate, repeated, and hostile behavior by an individual or group that is intended to harm others” (Belsey, 2004).

There is no inclusive definition of cyberbullying in India, but there are scattered sections of law that address the growing menace.

Section 507 of the Indian Penal Code provides for punishment up to two years for criminal intimidation by an anonymous communication.

Section 66E in the Information Technology (IT) Act deals with intentional violation of privacy by transmitting, capturing, or publishing private pictures. A person can be jailed for three years or face a fine of Rs 2 lakh.

Section 67 of the IT Act provides for punishment of up to five years, with a fine, which may extend to Rs 10 lakh, for publishing or transmitting obscene material in electronic form.

Cyberbullies use various methods to target their victims. These include overt and covert cyber threats, sending abusive or vulgar messages, harassment, online stalking, humiliation, or character assassination by posting false or harmful information, endangering someone by posting damaging material, outing someone by sharing private information that is sensitive or embarrassing and so on.

Let me illustrate these methods with a few examples:

Here, media professional and commentator Rahul Roushan was warned that he was being watched. The bully knew of his newborn baby, his address, and the people he met. It was a chilling overt threat.

Women, across ideologies, often deal with anonymous bullies who use vulgar messages repeatedly to shame and intimidate. Here is just one example:

In the tweet series below, a stranger harassed editor Nupur Sharma (@unsubteledesi) by misusing private information of her pregnancy. The attempt was to instill fear by targeting the unborn child and preying on her vulnerability.

Here, two people ganged up to bully, using a combination of abusive language and false information. Nupur has never worked with Smriti Irani. The objective was to humiliate and undermine her credibility.

Below is an example where an elected representative cyberbullied a private citizen by using a fake, photo-shopped image. The objective was character assassination.

Some bullies out a person by tagging their employers, in order to damage livelihood. This is often done systematically. In the case of Kochhar, it was especially effective, given the Islamic laws in operation, which can endanger a man’s life.

Cyberbullies come in many forms. They may be people you know or anonymous strangers online. They may even be cyberbullies by proxy. This is when bullies rope in other people, often unwittingly, to do their dirty work.

The objective of cyberbullies is to make others feel inadequate, angry, hurt, dejected, or fearful in order to “usurp power and impose intimidation” (Trolley et al, 2009). Their behaviour may be driven by many reasons. These include peer acceptance, jealousy, or revenge. Some bullies may seek attention, suffer from low self-esteem, and/or have trouble empathising with their victims. In a few instances, they may be unaware of the harm they are causing.

Successful bullies can effectively shut down people by causing emotional damage, impacting careers and relationships, or even endangering lives. Therefore, everyone who chooses to engage with people online must take precautions.

1) Share limited personal information online. It is easy to get carried away in the virtual world. Remember, the more details you share, the more vulnerable you are likely to be. Avoid posting photos of family members, your location, phone numbers, and employer details on open platforms.

2) If you are working in a sensitive organisation, protect your identity online before sharing strong opinions on any issue. Don’t get swayed by other people who may egg you on to be brave and reveal your identity. You will be the one facing consequences, not them. There are no prizes for being brave but foolish.

3) Think before you post anything online. Ask yourself the following questions: Will I be willing to say the same to a person’s face? Can I defend my views before people who matter to me? If the answer is no, then you should probably not be posting it.

4) Do not engage with people who make you feel bad. You do not have to respond to everyone. You do not owe explanations to anyone. If someone harasses you systematically, block that person.

5) Keep a record of disturbing messages, posts, or interactions. Take screenshots or share details with people you trust. Collecting evidence is important for taking legal action if things get out of hand.

6) Finally, be civil. If you engage with dignity online, it will be hard for others to harass you without coming across as obnoxious boors.

Cyberbullying is a worldwide phenomenon and happens daily. Victims cut across the board. Prominent cases like Kochhar’s serve as a reminder of the dangers that lurk online. You need to be aware of the kind of people that exist, the types of methods they use to cause harm, and exercise diligence to protect yourself and your loved ones.