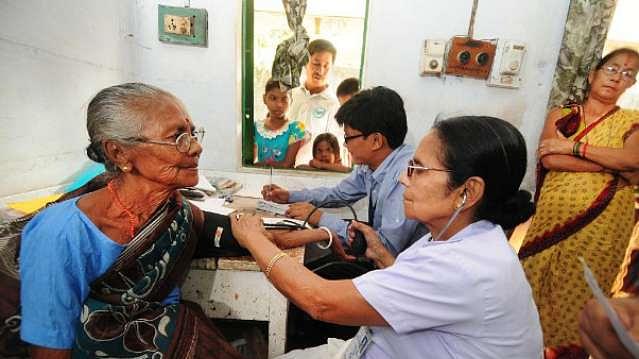 Before the Finance Minister Arun Jaitley announced the Union Budget for 2018-19, few would have thought that the biggest discussion points would be related to the health sector. Two major initiatives were launched under Ayushman Bharat in this year’s budget speech – health and wellness centres for providing comprehensive primary health care and the National Health Protection Scheme (NHPS). Although they were less intensely discussed and debated, two additional important announcements pertaining to health were made – the setting up of 24 new medical colleges by upgrading district hospitals and provision of Rs 500 per month for every TB patient.

The first pillar of Ayushman Bharat and perhaps the more important one involves establishing 150,000 health and wellness centres that will provide a broader package of services. Currently, one sub-centre is expected to cater to the health requirements of approximately 5,000 people. However, the services delivered at the sub-centre are focused primarily on maternal and child health as well as treatment of some common illnesses like diarrhoea and respiratory tract infections.

Given that India is facing a double burden of disease including non-communicable diseases like cancer, stroke and diabetes, it is crucial that a more comprehensive gamut of services is delivered at the patients’ first point of contact with the health system. It is therefore proposed that the upgraded sub-centres will provide a comprehensive range of diagnostic, curative, rehabilitative and palliative care as well as preventive and promotive services to address the determinants of ill health like malnutrition and lack of access to sanitation.

In countries like Australia, UK, Canada and Netherlands, around 80 per cent to 90 per cent of the federal budget for health is spent on primary care. In fact, countries like Kyrgyzstan that achieved a significant turnaround in health outcomes did so predominantly by strengthening their primary care system. At independence, Kyrgyzstan had a hospital-based system with few trained health professionals and limited access to medical supplies. Between 2000 and 2003, 42 per cent of the hospitals were shut down. All primary care doctors were trained again as family practitioners with adequate support from nurses and midwives. Mid-level cadres of health workers were also reinforced.

While the focus is on NHPS for reducing out-of-pocket expenditure, well-functioning health and wellness centres can also make a significant contribution by providing drugs and diagnostics free of cost. Moreover, travel cost and wage loss can be averted because people will not need to travel long distances to access healthcare.

The proposed health and wellness centres will be run by a team comprising of a mid-level provider along with front-line health workers like the auxiliary nurse midwives and accredited social health activists. The mid-level providers will be nurses or ayush practitioners who will be trained further in public and primary health. The Ministry of Health and Family Welfare in collaboration with the Indira Gandhi National Open University has already rolled out a six-month course for nurses and ayush practitioners in order to create a pool of mid-level providers for leading the health and wellness centres.

In order to sustain the motivation levels of the team running these centres, a move towards performance-linked payments is envisaged. A major source of inefficiency in government health facilities arises from poor incentives for providers. As the salary paid to health professionals is independent of the number of patient visits or attainment of population health outcomes, this mode of payment provides no economic incentive for providers to service their client. The situation is worsened because there is little or no risk of being punished for laxity. Moreover, an organised “voice” for raising concerns on behalf of patients and ensuring that action is taken, is absent.

In this context, one of the options is to shift to a blended capitation mode of payment to public providers (part salary and part incentive-based on achieving pre-agreed outcomes) depending on the total number of families/individuals registered with the facility. A baseline allocation to the centres could be made based on the number of outpatients in addition to incentives linked to the achievement of outcomes. Countries like Thailand and Turkey have successfully introduced the capitation model of paying primary care providers.

It is important to emphasise that there will be no “one size fits all” model as far as these health and wellness centres is concerned. Lessons will need to be drawn from different primary care models that are being piloted and implemented in various states. For instance, in Kerala, a pilot project to strengthen primary health care facilities increased the focus on preventive interventions over curative services. Additionally, project staff was trained on non-clinical skills in addition to clinical ones, for improving the service quality. One of the important takeaways from the project was the need to assess the health requirements of the population on a regular basis and to re-engineer the programme accordingly. The need for a stronger gate-keeping mechanism was also emphasised, as part of which referrals to secondary and tertiary level facilities would be based on an initial screening at the primary healthcare level.

The second pillar of Ayushman Bharat is the NHPS which aims to provide an annual cover of Rs 5 lakh each for 10 crore families who will be identified on the basis of the socio-economic caste census data. At higher than 60 per cent, India has one of the highest levels of out-of-pocket spending on health, pushing an estimated 6-7 crore people into poverty every year. The scheme will be funded by the central and state governments in a 60:40 ratio. Any member of these 10 crore families will be able to avail of the benefits under the scheme and there is no cap on the family size.

Between now and the launch of the scheme, a number of steps will be required. These include refining rates for the package of services covered, building a robust IT backbone, establishing institutions at the national and state levels, criteria for empanelling public and private health providers as well as preparing the necessary guidelines.

Critics of the scheme fear that it will serve little purpose other than boosting the private health sector, however, it can in fact galvanise public hospitals by incentivising them to improve quality, reserving certain procedures exclusively for them as well as ensuring a uniform rate for the same procedure across private and public hospitals.

The scheme will leverage the lessons learned from the implementation of the Rashtriya Swasthya Bima Yojana (RSBY) and various state government sponsored insurance schemes. Moreover, by consolidating the multiple health insurance schemes under NHPS, a giant stride will be taken towards “One Nation One Scheme” and ensuring that all citizens can access a common package of secondary and tertiary care services regardless of the state in which they reside. To improve utilisation rates, NHPS proposes to cover a much larger package that will include most of the secondary and tertiary health interventions. Moreover, greater emphasis will be given to ensuring that people are aware of the scheme as well as the benefits they are entitled to.

Given that the launch of the scheme is expected later this year, the allocation in the 2018-19 budget, which also includes the additional 1 per cent health cess yielding Rs 11,000 crore, should be adequate. It is unlikely that funding will be biggest challenge for the rollout of the scheme especially since it has been announced as a flagship initiative of the government. The key will be to implement it in a systematic manner and make the requisite course corrections.

Additionally, the health and wellness centres will play a crucial role in ensuring that a large proportion of the health requirements of the population are met at the primary care level itself thereby reducing the burden on the secondary and tertiary care facilities as well as minimising the need for services under NHPS. In countries like the UK, patients have to go through their general practitioner for accessing a higher level of care.

There is no doubt that implementing both the pillars of Ayushman Bharat will be challenging – not so much on account of shortage of funds but more so because of the complexities of achieving such ambitious goals in a country as large and diverse as India. However, we must remember that it has taken countries like Thailand decades of experimentation and systematic reform before they could accomplish universal health coverage. It is therefore imperative that we give these much-needed programmes a chance at success before deciding whether or not they were worth the big budget announcement.