Private Sector Participation Critical For Ayushman Bharat: Here’s What Is Holding It Back 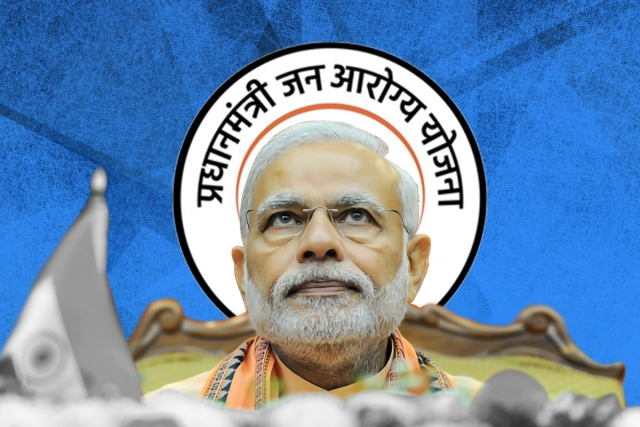 "I am pleased to know that more than 39 lakh people have availed cashless treatment worth over Rs 6,100 crore for serious illnesses since the launch of AB-PMJAY. This has resulted in savings of Rs 12,000 crore to the beneficiary families,” he told the media.

The Narendra Modi government had launched AB-PMJAY in September last year with an aim to give insurance cover of Rs 5 lakh per year to 50 crore people.

Last month, minister Harsh Vardhan had informed Parliament that over 16,000 hospitals have become a part of the scheme and more than 10.74 crore families have been enrolled as beneficiaries.

Figures suggest that PMJAY has met with considerable success in its first year of operation. The government is planning a series of events next month to highlight achievements of the programme and to raise awareness through campaigns in various parts of the country. While this is okay, everything is not hunky dory with PMJAY.

A joint study conducted by Federation of Indian Chambers of Commerce and Industry (FICCI) and consultancy firm Ernst and Young (EY) shows that already poor financial health of private health sector will be negatively impacted by PMJAY.

Out of 16,000 hospitals which are part of the scheme, half are private. The government has set package rates for 1,393 procedures.

For instance, if a patient who is a beneficiary of PMJAY undergoes hysterectomy at a private hospital empaneled under the scheme, then he doesn’t have to pay anything. The government will reimburse the private hospital Rs 20,000 (rate for hysterectomy fixed under PMJAY) on behalf of the patient.

From the beginning, private hospitals have criticised the government for fixing rates way below than what they charge for these procedures. This is one of the main reasons why only 8,000-odd hospitals in the country have joined the scheme.

In an interview to Swarajya in April, Ayushman Bharat chief executive officer Indu Bhushan had said that rates aren’t that low according to him. “We are going to provide large volumes (of patients). This scheme is about moving the whole system from low volume-high margin to high volume-low margin,” he said.

But as the FICCI-EY report shows, reality on the ground in not panning out as per the expectations. The study compares select procedure costs with the reimbursement tariffs offered under PMJAY and finds that not more than 40-80 per cent of the total costs are covered by the tariffs.

And if hospitals allot even 25 per cent of their capacity to serve Ayushman Bharat patients, then their average revenue per occupied bed day (ARPOBs) will decline by 15-25 per cent, earnings before interest, taxes, depreciation and amortisation (EBITDA) will witness a 25-50 per cent fall and return on capital employed (ROCE) a reduction of 35-60 per cent.

To overcome these losses and achieve healthy profit margins, private hospitals will have to improve efficiency across major cost heads by 30-35 per cent.

If hospitals allocate more than 25 per cent of their capacity to PMJAY patients, then efficiency improvements beyond a point mean compromising on safety and quality. Or the hospitals might go for cross subsidising — increasing costs on non-Ayushman Bharat patients — thereby hurting access and affordability which is in any case at abysmal levels in the country.

The way things are going, the PMJAY project risks going the RTE way. The Right to Education Act was passed in 2009 which forced all private schools (except those run by minorities) to reserve 25 per cent seats for economically backward and disadvantaged groups.

Now, if the government’s behaviour doesn’t change, PMJAY would also slowly transform from a benevolent healthcare programme into a nightmare for private sector.

Given the fact that private sector caters to more than 70 per cent of capacity and around 60 per cent of inpatient care in India, it will be a catastrophe of highest proportions.

But there is a silver lining. Unlike RTE, AB-PMJAY is not mandatory for private hospitals. They can opt in and opt out according to their choice. But such magnanimity on the government’s part can end any time.

Given the terrible property rights regime in India, it would be futile to expect the judiciary to step up against the state’s encroachment as private school owners learnt the hard way with RTE experience.

The government must rationalise rates as soon as possible and make them more palatable to the private players. Incentive of increased volume of patients is clearly not working.

At the very least, the government can mandate attractive rates for tier-2 and tier-3 cities in addition to providing tax incentives and viability gap funding (as suggested by the FICCI-EY report as well) if private players invest in small towns and cities and create capacity there.

Do not let Ayushman Bharat go the RTE way.