By 2024, Modi Will Have Modified Both Lutyens Power Structure, And Its Looks 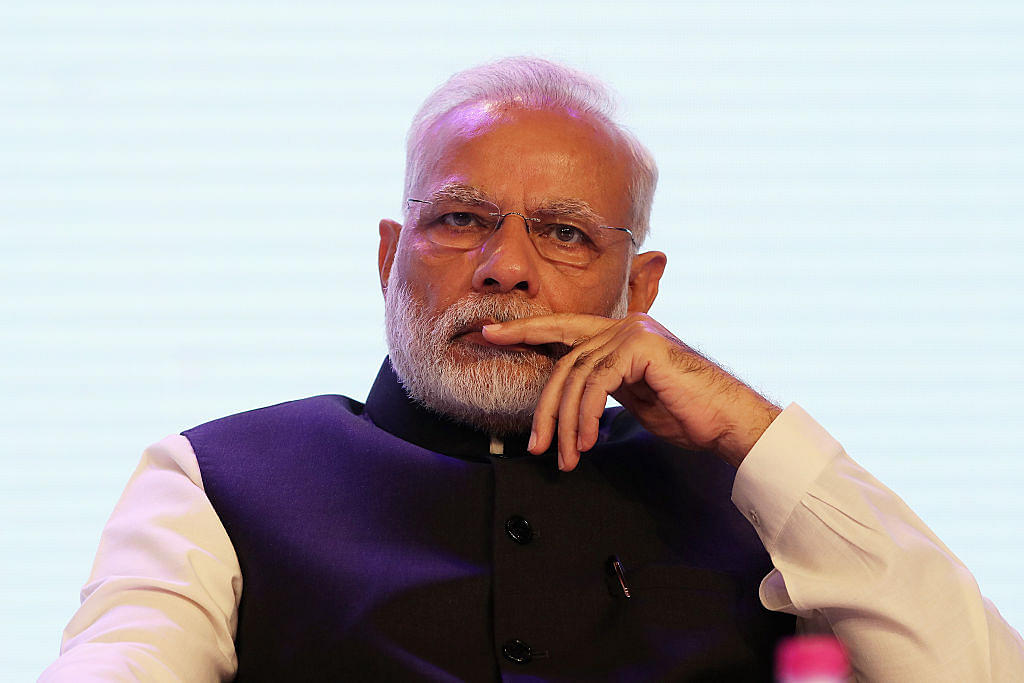 By the time he ends his term, Narendra Modi will not only have changed the face of India, but possibly the physical face of Lutyens Delhi, India’s ultimate power zone.

Under a new plan to redevelop the Central Vista of Lutyens Delhi, which runs from Rashtrapati Bhavan to India Gate and includes several iconic structures like Parliament House and buildings housing the central secretariat, a four-square-kilometre part of the Lutyens Zone may be up for radical redevelopment, reports The Times of India.

The Central Public Works Department (CPWD) has invited bids to create a new master plan for the area with a very short deadline: 2024. No surprise, it coincides with the end of Modi’s second term. Bids have been sought from consulting and other firms to present a new master plan which “represents the values and aspirations of a New India – good governance, efficiency, transparency, accountability and equity, and is rooted in Indian culture and social milieu.”

While many old buildings may be demolished, Parliament itself may get a new building even as the old iconic structure is modified in its exteriors without changing its basic structure. The idea is to replace old iconic buildings with “new iconic structures” that will stand the test of time – at least another century or two.

This is a great idea, and if combined with other changes in the Lutyens Bungalow Zone (LBZ), will signal a shift in Delhi’s power structure. LBZ is actually a feudal set-up, where the super-rich and power elite – from businessmen to ministers to bureaucrats to pure power parasites – live in luxurious bungalows while the rest of the city lives in other kinds of functional and smaller dwellings.

The idea of redeveloping the Central Vista is not something that has come up all of a sudden. Nitin Gadkari had voiced similar ideas in 2017, when he said that “there is a thought in the government to put all central government offices at one place. Similarly, why can't we have flats of 6,000 or 8,000 sq ft size for ministers? Maintenance of bungalows is a big issue.”

In the LBZ, large multi-acre bungalows change hands for prices upwards of Rs 500-Rs 700 crore. A few years ago, Assam Company wanted to sell its Lutyens bungalow for a price upwards of Rs 1,000 crore. If all government-owned bungalows for ministers and senior MPs were to be sold to rich Indians or foreigners, the redevelopment of the Central Vista by 2024 may, in fact, be substantially, if not fully, financed by these sales. The Indian economy may be slowing down, but there is no slowdown in our creation of millionaires and billionaires who can afford such luxuries.

First, putting all central offices in close proximity can improve coordination between them for projects that need such coordination. If each ministry is housed in a separate bhavan far from one another, it develops insular thinking.

Second, the cost of maintaining the homes and offices of key ministers and officials will come down substantially, especially in terms of security expenses. It is easier to secure a high-rise building than an entire area dotted with bungalows with hedges and places to hide.

Third, at some point, India may need to create sitting spaces in Parliament for more MPs. If constituencies get smaller after delimitation, or if Parliament’s numbers are expanded by one-third to offer reservations for women, India may have over 700 MPs – and that many requirements of seats. The current Lok Sabha cannot seat that many, and the sitting space is cramped when attendance is 100 per cent.

The average Indian MP represents more than 2.3 million people, when there are more than 90 countries with a lower total population than that. Quite clearly, we need a more modern and spacious Parliament building. The old one can be used for ceremonial occasions, the new one for conducting business.

Fourth, let us not forget the powerful message sent to citizens. If ministers and babus can shift from bungalows to flats, even if they are larger than the ones ordinary citizens get to live in, it sends out a message of equality that bungalow living does not. India gets to become closer to the kind of republic it was always meant to be.