The Key To 10 Per Cent GDP Growth Is Land; India Has Too Much Underused Land, Not Too Little 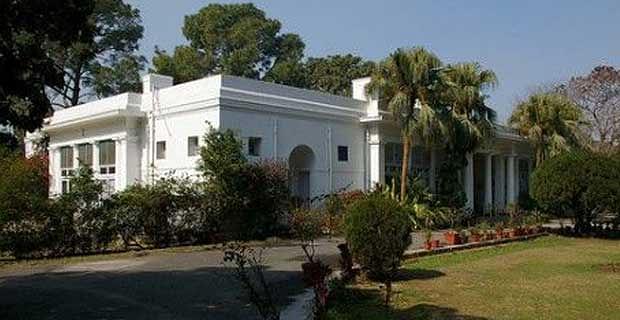 India’s job creation engine can be restarted through simple tweaks of policies on one resource we have in plenty: land.

Yes, you heard that right. We have land in plenty, but we pretend it is in short supply. Or rather we have bought so much into the shortage mentality that we have made land scarcity a self-fulfilling prophecy. Once you believe this untruth, you will naturally hoard land, never sell it except for the more atrocious price, and thus accentuate the “shortage”.

Consider just two recent stories that show what can be done.

The Times of India has a story today (1 May) telling us that state-owned industrial estates have land equal to nearly “three Delhis” or “nine times the size of Greater Mumbai”. The government is mapping “industrial estates, parks and coastal and special economic zones (SEZs)” and the exercise has “revealed 1,850 such projects owned by the Centre and states… spread over four lakh hectares, or 4,000 square kilometres – which is 2.7 times the area of Delhi or over nine times the size of Greater Mumbai.”

Read that again. Governments own land equivalent to three times Delhi or nine times Greater Mumbai and we think there is an urban land shortage.

Or take Delhi itself. The other day, Road Transport Minister Nitin Gadkari was thinking aloud about housing MPs and ministers in large flats so as to free the Lutyens Bungalow Zone (LBZ) for sale or redevelopment. He said: “There is a thought in the government to put all central government offices at one place. Similarly, why can't we have flats of 6,000 or 8,000 sq ft size for ministers? Maintenance of bungalows is a big issue.”

And what goes for Delhi applies in a smaller measure in almost every state capital. There are simply too many politicians and high officials squatting on costly land for no apparent purpose beyond vanity.

However, beyond the symbolism and cost savings involved in shifting ministers and members of parliament and officials to flats, there is a huge benefit to the exchequer: higher revenues from the sale of bungalows.

In Delhi’s Lutyens Bungalow Zone, ministers, MPs, judges, senior army officers and government babus area sitting on large, costly real estate that is more a marker of prestige than sensible. Last year, Assam Company, a tea company that owns a bungalow in LBZ, was said to be ready to sell its bungalow for nearly Rs 1,100 crore. While it is unlikely anyone would pay that kind of price in a weak real estate market, half that price is not an unreasonable amount to aim for – that is Rs 600 crore for a bungalow spread over 3.4 acres in LBZ.

Wealthy individuals and foreign companies will be willing to pay that kind of money to stay in LBZ, which has beautiful roads and lots of tree cover, not to speak of the status value that comes with living there. Even smaller properties in LBZ sell for around Rs 200-300 crore, with Rajiv Rattan, co-founder of Indiabulls Group, believed to have paid Rs 220 crore for a property less than a quarter the size of the one reportedly offered by Assam Company.

If, as Gadkari hinted, all ministers and MPs were moved to high-rise luxury apartments, and only a handful of senior politicians or constitutional functionaries (the Prime Minister the Chief Justice, the army chief, for example) are allowed to retain their sprawling bungalows, there is potential for huge revenue gains. A hundred bungalows sold at an average price of Rs 300-500 crore could fetch anywhere from Rs 30,000-50,000 crore, not to speak of annual rents on a 99-year lease.

But one should actually take the principle further. If all excess land and properties owned by government, public sector organisations, or the railways were to be developed commercially or sold to the highest bidder, India will have enough resources to not only invest in health and education, but practically everything else, including providing a universal basic income for the poor.

The re-mapping of industrial estates means this land can be redeveloped to the extent possible, possibly with worker housing in vertical buildings close to factories. A lot of the land may also be occupied by dormant businesses, which, if allowed to encash, would be able to invest in new businesses again, creating growth and jobs. The bankruptcy code has a role to play here.

But even industrial estates and LBZ are only the tips of the iceberg. Consider how much land the railways owns. Apart from prime land in several cities, it owns the land in the entire track network of thousands of kilometres. It is easily possible to build high rises in important city suburbs above the tracks by building stilts. Land in the wide open spaces can be used to house solar power systems, which only require land above the tracks and Sun.

Building vertical seems to mean only skyscrapers. But there are two ways to go vertical – up and down. You can head for the sky, and dig deeper into the earth to build usable office, recreational and residential spaces. We already do so to create basement car parks, and godowns. If given excellent ventilation and air-conditioning, we could build hotels and other residential areas at prime locations. Some people may object to living underground without natural sunlight, but hotels and temporary accommodation and offices and storage space can easily go underground – thus vacating the overground spaces such amenities currently occupy.

This would need changes in building laws, but that is the least of the problems we have to confront to unleash an era of plentiful land supplies.

A major short-term adverse consequence of dramatically increasing the supply of land through these routes would be a fall in existing property prices, and banks will need shoring up with additional capital and regulatory indulgences. But the gains will outweigh this losses for a simple reason: the availability of cheap land will boost the real estate sector and demand for cheap housing, thus impacting growth – including demand for credit - enormously. It will create thousands of jobs that would otherwise not happen. Right now, property is in demand only from the top 0.1 per cent of population, which includes only the rich, and the upper and middle classes, with the poor living in slums. It is time to drive demand lower down. India will boom only when it blooms for the poor.

If India frees land supplies through policies to redevelop and rebuild and reuse existing land spaces, we will open up a decade or more of 10 per cent plus growth and jobs.

(Note: A part of this article was first written for DB Post)