Calm Down, There Is No New ‘Snooping Law’ 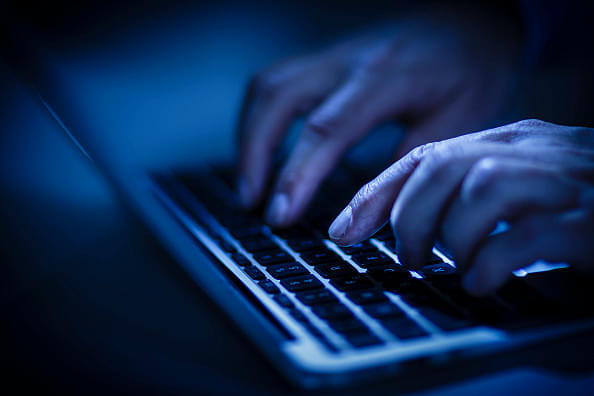 The Ministry of Home Affairs order on surveillance of information stored and transmitted via computer systems triggered a major controversy on Friday. Predictably, the Indian National Congress and its president Rahul Gandhi were at the forefront of this controversy, accusing the National Democratic Alliance (NDA) government at the Centre of playing the Big Brother.

The spectre of George Orwell's 1984, which is about to meet its demise by overuse, was raised repeatedly. Even though Union Finance Minister Arun Jaitley and Law Minister Ravi Shankar Prasad gave satisfactory rebuttals, a quick summary of facts might still be helpful.

To begin with, government agencies monitoring private conversations or transmissions of messages is neither new nor unique to India. The law that this surveillance order derives power from, the Indian IT Act, has been in effect for close to two decades now. But the history of government snooping is even older than this. The Indian Telegraphy Act passed in 1885 by the British was the first to provide for interception of communication by competent authority under section 5 (2).

The updated methods of communication necessitated the requisite updates in the Indian IT Act that provided power to government agencies in the interest of national security, integrity among other reasons.

As clarified by Jaitley and Prasad, the authorisation order that was repeated yesterday had been in existence since 2009. Ironically, former finance minister P Chidambaram, who referred to the Indian state as Orwellian state based on yesterday’s order, had, during a parliamentary debate, defended giving this power to the tax authorities. Nor was the Congress frugal in their usage of this law as a RTI query revealed that on an average 7,500-9,000 orders of interception were sanctioned by government per month during 2011.

As Jaitley claimed on his twitter thread yesterday, the notification required authorised agencies to be notified, as in absence of such notification any police officer could take it upon himself/herself to start using this power. Also the constitutional safeguards against abuse of such power include approval from the home secretary.

While the opposition is twisting facts and sometimes playing fast and loose with truth is nothing new to those who follow the politics. I think a larger debate about the powers given to the state, primarily as an anti-terrorism and organised crime measure and its effect on personal liberties of individual, is a necessary one.

This issue is especially complex as most of us would neither like to live in a society, where terrorism may strike at will, nor surrender our personal liberties. This conflict alone ensures that every government trying to keep the bad guys under watch is likely to be viewed as Orwellian and authoritarian by their political agenda. This, however, doesn’t mean no further discussion is required on this topic.

As one person noted on twitter, India has a bureaucrat sanctioned, instead of judicial sanctioned model of surveillance in India, which means the appeal on civil liberties grounds might be subject to the good sense of a civil servant rather than a judge, who is obliged to follow a more literal interpretation of the Constitution.

Unfortunately, blindly following the judicial sanctioned model of other countries may not be practical in India, considering the staggering backlog of cases carried by judiciary, as well as the recent turf wars between the judiciary and executive. What is the exact model to be arrived at is a job involving multiple stakeholders including cyber and security experts and political mudslinging matches are hardly the conducive ground for such systemic change.

Benjamin Franklin once said, “those who give up essential liberty to purchase a little temporary safety, deserve neither”. This statement is often brandied about by opponents of state surveillance powers as a cautionary principle.

However, if you step away from rhetoric, you will see that the trade-off between liberty and safety is one of the foundational principles of a modern civilised society. A red signal on the road demands that I give up my liberty of movement, but I have to accept it in order to purchase my safety as a traveller on a busy road. I think what many of us seem to ignore is like safety, even the curtailment of liberty can be temporary in nature.

The inertia of all government machinery, however, means, every time the danger seems to have passed, we the aware citizens must ensure that the restrictions are rolled back too. It is a never ending battle but one that can only be avoided at the cost of disastrous consequences on either side. Eternal vigilance is the price we pay for our safety, now we need to remember vigilance is needed for our liberties too.