Caste-Based Reservation Will Hit Indian Cricket For A Six, And Leave Talent Stumped 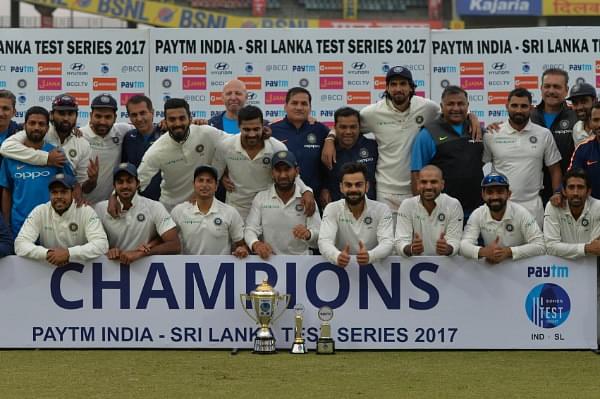 If criteria other than talent are used in sport, it will hit the morale of the team.

The recent debate over diversity in the FIFA World Cup-winning French team has sparked a discussion on the composition of the Indian cricket team. The idea of conducting, perhaps, a caste assessment of players was floated in certain sections of the media.

Before we delve into the reasons why we should not have affirmative action in Indian sport, let us imagine the oddity of someone making a caste-based analysis in a cricket match. Somebody could say, “Hey, X or Y caste did not perform well, and therefore we lost.”

So, if a member from a particular caste were to perform badly, they would very likely draw the wrath of the nation for the loss. That is an aspect that is unfair which we would be better off doing away with, especially in sports.

An article in The Wire called for reservations in cricket teams at domestic and international levels. Authors of the article cited the example of South Africa, where native Africans were given reservations in cricket teams. However, the African scenario of the time was vastly different. India has a history of affirmative action in politics, jobs, and education ever since its independence. However, South Africa was a country that had racial discrimination as a state policy until 1990. South Africa was ostracised from international cricket for 21 years (from 1970 until it was reinstated as a test-playing nation in 1991). During this period, many white players were forced to play English county cricket. In contrast, the Indian social scenario is very different for a case to be made for reservations in a national sporting team.

Additionally, those who cite the South African example ignore the dissatisfaction in South African cricket circles because of this policy. Many cricket observers trace the discontentment of AB de Villiers with South African cricket to a time when he had to pick a coloured player instead of the player of his choice, who happened to be white, during the world cup semi-final in New Zealand.

Kevin Pietersen, one of the most flamboyant English batsmen to have ever played, was a South African player who left his country because of his dissatisfaction with the quota system there. “I was dropped because the quota system was brought into South African cricket to positively discriminate in favour of ‘players of colour’ and to fast-track the racial integration of cricket in the country,” Pietersen was quoted as saying by ESPN Cricinfo. He added that every player, regardless of colour, should be treated equally.

After seeing the downside of South Africa’s cricket quota policy, India needs to ask itself if it would like to lose top-quality players because of their caste background.

Also, let’s not forget that getting into the national cricket team is no mean task. A player will have to sacrifice the prospect of a relatively safe and secure job in order to pursue a career in cricket. Considerable support from the player’s family is also required. When the task is this hard and fraught with so much risk, it is natural to expect that those with adequate resources will be able to compete better.

The location of the player also has a role in their success. For example, Prithwi Shaw might not have tasted success if he was a resident of a remote town like Sholapur instead of the city he hails from – Mumbai. This calls for an examination of why affirmative action in jobs, politics, and education has not paved the way for excellence in sports, and provides a clue as to what to expect if reservation were to be introduced in sports.

Larger social challenges, which are still poorly understood, cannot be addressed through reservation alone. Instead, the reach of cricket training academies and sports schools need to be widened so that more people can aspire to be sportspersons. Sports scholarships for those who are economically backward will perhaps help in catering to those who have inadequate resources to pursue their ambitions.

At the same time, however, we must note that many Indian sporting icons in athletics come from the North Eastern states, which largely have a tribal population. This experience reinforces the idea that an enabling environment to all aspiring sportspersons is the right path towards inclusion of disadvantaged groups.

Lastly, bonding between players in a team who are selected on the basis of caste is likely to take a hit. Just like the army, a national team can be thought of as a fighting force. How can a team, then, be selected on the grounds of personal background rather than on the basis of sporting abilities? In my view, such a team would find it harder to sail through tough times.

Sporting icons in India are respected for their achievements, irrespective of their social identity. India would happily cherish and celebrate a sporting hero from a Dalit background, but such a person would be an inspiration to all Indians, not Dalits alone. Everyone respects the rise of a person from amidst difficult, often disadvantaged circumstances. Let us choose to wait for that story and not try to manufacture one just to satisfy our “inner social justice warrior”.