Chhattisgarh – The Harbinger Of A ‘New India’ 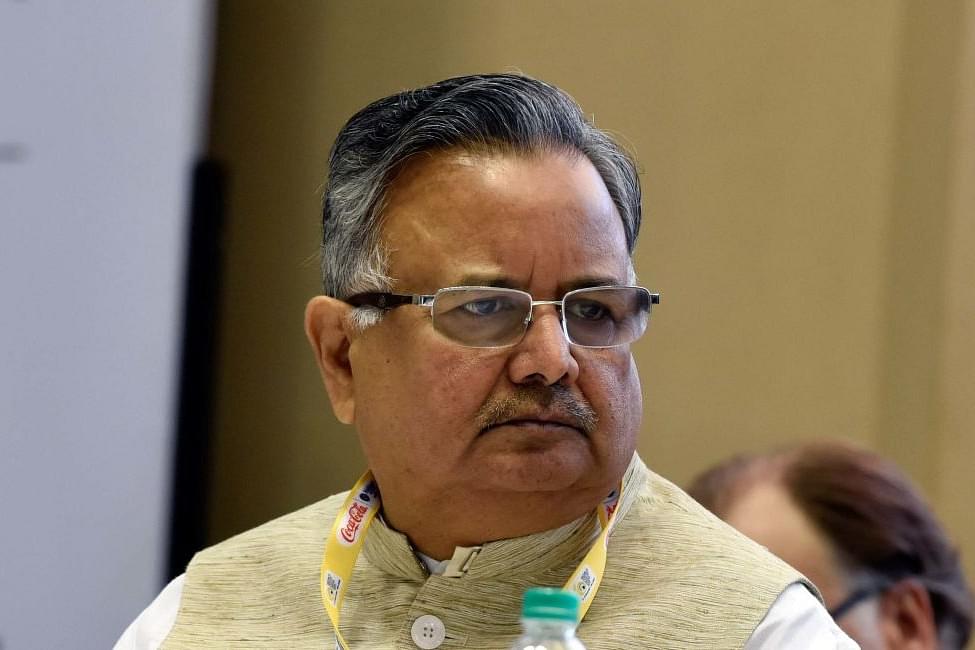 It was on this historic day – 1 November 2000 – Chhattisgarh took its first breath as the twentieth-sixth state of the Union of India. Being one of the youngest states, it is now on the verge of stepping into adulthood. In this short span of 18 years, this young state has made India proud on both the national and international levels. While it’s well known for Bastar art and iron ore deposits, the state has much more to offer. Here are 18 amazing facts about the 18-year-old Chhattisgarh.

With the goal of ensuring not only food security but nutritional security for all, Chhattisgarh passed the first food security legislation of the country in 2012, even before the National Food Security Bill.

The antyodaya and priority households have a monthly public distribution system (PDS) entitlement of 7 kg rice per person along with wheat flour, pulses, gram and iodised salt at subsidised prices. The Food Security Act covers 90 per cent of the state population. It is also interesting that a ration card is issued in the name of the eldest woman in the family to empower women in households.

The development and prosperity of any state start with accessibility to basic necessities of life. The fair and equitable distribution of food to the needy was always a challenge since the inception of the public distribution system in India. The situation was no different in the newly-born state of Chhattisgarh. The Raman Singh-led government came with innovative inputs along with technological support to transform the system.

To revive the paralysed PDS system, the government abolished privately-run fair-price shops which had become dens of corruption. The move was made to transfer the system from clutches of corrupt middlemen to mahila mandals (women's groups) and self-help groups. The switchover was done within just six months. Considered one of the most corruption-hit schemes across the nation, PDS sees a leakage of about 40 per cent in general. Chhattisgarh has successfully brought down the leakage to 4 per cent. The whole process is computerised, facilitating SMS alerts and “doorstep delivery” with GPS-enabled transport vehicles to streamline the system through constant tracking. The Meri Marzi Scheme entitles the ration card holder to purchase goods from any shop across the state irrespective of his place of residence.

This scheme became an excellent model not only for states in India but at international level also.

Chhattisgarh’s new capital Naya Raipur, recently named as Atal Nagar as a tribute to former prime minister Atal Bihari Vajpayee, is not only India’s first smart greenfield city but is also regarded as world’s first integrated township. The city of the future has unprecedented design equipped with the best technologies and environment-friendly measures. It has well-planned housing and residential amenities, a world-class state-of-the-art sports village, strategically planned and rapid public transport system. Already it has become hub of premier educational institutes, upcoming centres for the latest medical care and services along with distinguished infrastructure for special industry development exclusively allowing non-polluting industries only. Being a model city of the twentieth-first century, Naya Raipur Development Authority recently hosted an Afghan delegation to train them for constructing a smart city in Afghanistan.

The green belts and cycling tracks in the middle of open fields to colossal structures with wide smooth roads leaves every person who visits Naya Raipur for the first time awestruck.

Along with the contemporary developments, Chhattisgarh carries a legacy of history. Known as Dakshin Koushal in epics, this land was home to Lord Ram’s mother Kaushlya Devi. For ages, people considered Lord Ram as the nephew of this land and that is why the ritual of not allowing nephews to touch their maternal uncle’s feet originated. It is also believed that Shri Ram spent around 10 out of 14 years of his exile in this region only. The temple of Kaushalya Mata in Arang, Ashram of Maharishi Valmiki in Turturiya and Shivrinarayan temple are a living history.

Chhattisgarh has become the first state in India and second worldwide to guarantee ‘right to skill’ to its youth. Every person between the age of 14 and 45 years has the right to develop his or her skills from the list of notified skills. District skill development authorities set up under district collectors are bound to provide skill development training within 90 days of receiving any request in this regard.

Conscious of the importance of skill development in India and the need for residential training institutes, the Chhattisgarh government came up with its first-of-its-own-kind Livelihood College in Dantewada district of Bastar to provide skill training to youth in the region mainly belonging to tribal communities. This model was replicated in all other districts. In the year 2017-18 only, more than 1 lakh youth were trained across the state. The state has an ambitious target of providing skill training to 12.5 million youngsters by 2022.

The skill development plan of the state became the blueprint of National Skill Development Mission of the central government.

Indira Kala Sangeet Vishwavidyalaya situated in Khairagarh township of Rajnandgaon district is Asia’s first university dedicated solely to various forms of music, dance, fine arts and theatre. In 1956, King Birendra Bahadur Singh and Queen Padmavati Devi, the then king and queen of the princely state of Khairagarh, donated their palace to open a university of music, dance and visual arts in memory of their deceased daughter Indira Devi, who died young and was fond of music. It runs various courses for Indian as well as foreign students.

The foundations of Bhilai Steel Plant were laid by an agreement between the Government of India and the then USSR for the establishment of an integrated iron and steel works. The plant was commissioned in 1959. Now an entity of Steel Authority of India Limited, Bhilai Steel Plant is the sole supplier of rails to Indian Railways and has laid tracks for the world’s fourth largest railway network that serves 8 billion passengers every year. It is said that if all the rails produced by BSP are placed one after another it would measure 10.36 times the earth's circumference.

World’s oldest theatre is located in the Sita Bengra Cave at Ramgarh in Surguja district of Chhattisgarh. Around 2,300 years old, Sita Bengra is a natural cave with a rock-cut small hall resembling a stage and has around 50 seats. It is speculated that the famous poet Kalidasa spent some time here.

Chhattisgarh is the first state in India to enact a law against acid attacks in 2013. The state legislative assembly passed the enactment for regulation, prohibition, sale and usage of acid in the state. It had provisions for punitive action against those who trade acids without licence. These measures were taken to prevent hate crimes against innocent victims.

In 2016, the first Commercial Dispute Resolution Centre and Commercial Court of India was established in Chhattisgarh. It was established for early disposal of commercial cases along with the latest mechanisms of video-conferencing, e-court, e-library, e-filing and e-summons in Indian judicial system. Justice Madan Lokur, Judge, Supreme Court of India, applauded the state for being the front runner not only in 'ease of doing business' but in 'ease of litigation' as well.

First State To Extend Health Insurance Cover To All Citizens

Chhattisgarh is the first state in the country, which provides free medical treatment facility worth up to Rs 50,000 to all the families of the state under the Chief Minister Health Insurance Scheme. From poor to the rich, everyone living in Chhattisgarh gets a medical cover under the scheme initiated in 2013.

Chhattisgarh inherited the problem of Left-wing extremism in 18 out of 27 present district regions. Education was a far-fetched dream with news reports routinely covering the capture and destruction of school buildings by naxalites. Also, most teachers were unwilling to serve in such tense areas. The administration came up with an out-of-the-box plan in 2011 and started installing portable classrooms in the interior areas keeping in mind the accessibility to the remotest households. These portable cabins were made of pre-fabricated materials and could be easily shifted, rebuilt or replaced on being destroyed by the Maoists.

The number of enrolments has seen a remarkable increase. Sixty such porta cabins are operational in forest areas with a capacity of 250 students per unit. Their services are not limited to only conducting classes. They also provide healthy and nutritious food to the students to ensure their all-round development.

Chhattisgarh hosts the country’s first-ever oxyreading zone. From open gazebos, canopies and rooftop seating arenas to well-equipped virtual library and canteens, the place is state of the art. Opened in June this year, the world-class library stocks over 50,000 books collected through donation drives, and can accommodate 1,500 students at a time. Also known as the youth tower, this 24x7 green education hub has reading materials for various competitive examinations with outdoor and fully air-conditioned indoor reading spaces.

First State To Equip All Poor Women And Youngsters With Smartphones

The Sanchar Kranti Yojana (SKY) is launched recently to extend the access of the digital world to poor households, women and youth. Fifty-five lakh smartphones are being distributed to women of poor households and college students across the state to ensure that no one is left disadvantaged in any corner due to non-affordability of smartphones and internet.

Villages in the midst of forests is common occurence, but have you ever heard of jungle habituating tigers and deers in the midst of pre-planned township. Nandanvan in Chhattisgarh’s capital city Atal Nagar, is Asia’s largest manmade jungle safari which is home to several animals including tigers in the 800 acres micro forest. Here the visitors are caged and animals roam freely giving real time experience of wildlife.

Inaugurated by the former president late A P J Abdul Kalam in 2006, this 8,571 sq/feet gallery at the heart of the state capital has hundreds of mural paintings and lifelike figures depicting the stories of India and tribes of Chhattisgarh. Purkhauti Muktangan has been declared as the world’s longest open Mural Art Gallery by the Golden Book of World Records in 2013.

Popularly known as the ‘rice bowl of India’, the state is home to over 20,000 varieties of rice. Apart from rice, the state also exports high quality millets, maize, pulses and oilseeds to other states.

The Swacchh Bharat Abhiyan has seen various awareness programmes but Chhattisgarhi people took forward this drive in their own style by celebrating India’s first garbage festival. This was organised by the Raipur Municipal Corporation to inform citizens about issues which go beyond swacchhta, like waste management, waste disposal, reuse and recycling. People witnessed here various innovative techniques, huge sculptures made of waste materials, and also shopped for articles from the Kachra Bazaar.

The list of contributions and achievements is long. At the time of its inception, many people questioned the decision of the formation of Chhattisgarh but it is said that “Doubt can only be removed by actions” and Chhattisgarh in no time proved its mettle. With every passing day, the state took a step forward and not only progressed but contributed to India’s development. As locals say – ‘Chhattisgarhiya, sable badhiya!’