Church Of South India Caught In A Web Of Irregularities 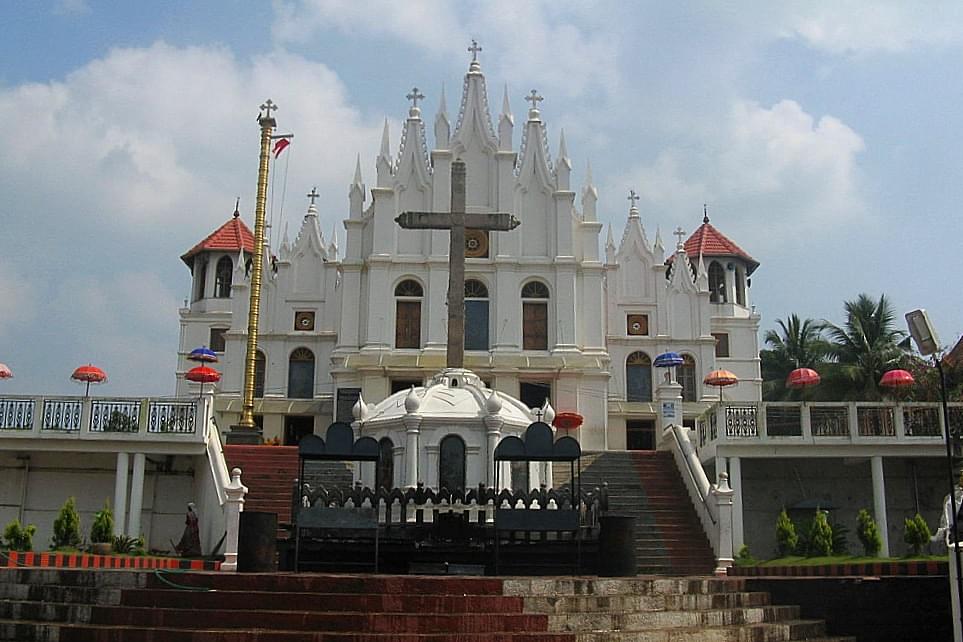 A church in Kottayam. (Johnchacks via Wikimedia Commons)

India’s second-largest Christian church – Church of South India (CSI) – is in the eye of a storm. Its administrators have been charged with committing irregularities to the tune of thousands of crores. CSI’s cash and properties have been unlawfully stashed away that has led to the arrest of its former official.

The CSI is the largest Protestant denomination in the country. It is a union of churches of Anglican Methodist, Congregational, Presbyterian and Reformed. It was formed in 1947 after long negotiations between churches and has 24 dioceses, each supervised by a bishop.

The church is governed by a synod that is headed by a moderator or presiding bishop, elected from among those heading the dioceses, every two years. Thanks to the generousness of its members, the CSI has huge amount of money and properties. Besides, it manages and runs over 5,000 educational institutions across southern India.

CSI assets across South India are in the region of Rs 1 lakh crore. It reportedly receives at least Rs 1,000 crore annually in the form of donations and various other offerings.

The CSI has formed a trust called CSI Trust Association (CSITA) under Article 25 of the Companies Act as a non-profit organisation. The functioning of the trust is now proving to be its nemesis as church members are now utilising the provisions of the Companies Act to question the various irregularities within the CSI.

A tug of war has been going on between the church administrators and its members for over a decade now. Efforts of the members bore fruit on 18 November 2016 when the National Company Law Tribunal removed all its directors and managing committee when Dr G Dyvasirvadam, who has retired as bishop of Vijayawada diocese, headed the organisation as its moderator.

The tribunal asked the management committee to hand over all the documents and books of accounts besides other records to its registry. It also appointed retired Madras High Court judge K Sampath as chairman of CSITA.

The tribunal gave Sampath the freedom to make his recommendations on directors and office-bearers. It, however, made it clear that the nominees should neither be the respondents nor petitioners in the case.

Petitioners, mainly Coimbatore-based E Prem Kumar, pointed out to the Madras High Court that it could not entertain the CSI management petition seeking stay as the latter should have approached the law tribunal appellate board.

The tribunal’s actions were in line with the findings by the Registrar of Companies (RoC) that submitted a report to the Ministry of Corporate Affairs on 12 January 2016. The RoC pointed out to quite a few irregularities in the functioning of CSITA.

The RoC filed its report based on complaints from 34 CSI members, including Prem Kumar. The report was presented after the CSI offered its responses to various explanations sought by RoC.

While the association said it could not provide details since a dispute was pending in the economic offences court, Egmore, Chennai. The RoC, citing various provisions of Companies Act, said CSITA should have obtained the Centre’s permission and then amended both MoA and AoA. The registrar said the association had violated the Companies Act that invited revocation of licences granted by the Centre.

The RoC reported that the complainants pointed out that despite various cases pending against a section of the association officials, they continued to remain in key positions of the management. It also found irregularities in elections to various dioceses, including the bishop of Coimbatore diocese.

Another complaint was that bishops and people close to them incurred huge expenditure on rent-free accommodation, cars and world tours. The RoC said a verification of the record books was necessary to find out the truth.

The complaints, in particular, pointed out that CSITA was getting about Rs 2,000 crore as income tax exemption annually. In such circumstances, strangers were operating the association’s bank accounts.

Lack of proper accounts for foreign contributions received, failure to present a consolidated balance sheet, unclear transactions in three accounts of the associations in banks were other problems in CSITA and non-filing of statutory returns for 2013-14 and 2014-15.

The RoC, in its report, objected to involvement of bishops of various dioceses in financial administration when constitutionally they only had powers of general oversight. The objection was mainly the view of 21 CSITA officials of Coimbatore and Kanyakumari dioceses, including their bishops, facing criminal cases. The cases against the 21 were that they allegedly misappropriated of funds and illegally sold CSI properties.

The RoC said the bishop of any diocese should obtain the permission of CSITA for sale, transfer or purchase of any property. But this has not been done, particularly in the case of a sale by the Coimbatore diocese. In view of these shortcomings, the RoC recommended investigation by the Serious Fraud Investigation Office (SFIO).

In short, the RoC found the CSITA violating provisions of Companies Act, Income Tax Act and Foreign Contribution (Regulations) Act. From July last year, the SFIO has begun probing various discrepancies in CSITA accounts since 2010 as a follow-up to the RoC report.

The complaints were filed against 10 officials of CSITA in 2015, including Dyvasirvadam. Incidentally, the Andhra Pradesh crime branch police arrested Dyvasirvadam on 22 December for alleged irregularities in a sale of church property.

Apart from the case of irregularities in the property sale, Dyvasirvadam has been charged with 10 other cases of alleged fraud, theft and sexual assault. The former bishop’s nephew G S Sudhir and five others also figure in the complaints of irregularities.

The CSI Coimbatore diocese, which has come under scrutiny for various allegations made against its officials besides the complaints filed with the RoC, has also been in the news recently.

In April last year, the Madras High Court allowed the Coimbatore judicial magistrate to go ahead with the proceedings against the Coimbatore diocese officials, including its then bishop M Durai, based on a complaint filed by Prem Kumar in 2008. The complainant had alleged that CSI funds were misappropriated during 2005-06 and the Coimbatore police had found evidence against seven persons in the case.

The CSI Bishop in Coimbatore was in the news again after police in Tirupur filed a case against the current incumbent and 11 others for alleged misappropriation of funds from St Paul’s church in the hosiery town. The irregularities are said to be around Rs 15 crore.

There are similar cases of irregularities in other dioceses like Kochi. In Kochi, a land deal has courted controversy and the Serious Fraud Investigation Office (SFIO) is probing it.

As and when the SFIO completes is probe, it will help culminate the efforts of the church members that began in 2007 when they moved the Coimbatore police alleging irregularities in CSI.

CSI members say that it is time for the central government to step in on this issue and ensure that the chairman appointed by the tribunal gets CSITA rid of all its illness and cleanses the system.