Decoding ‘Pink’: Is It Preachy For A Man To Talk About Women’s Rights? 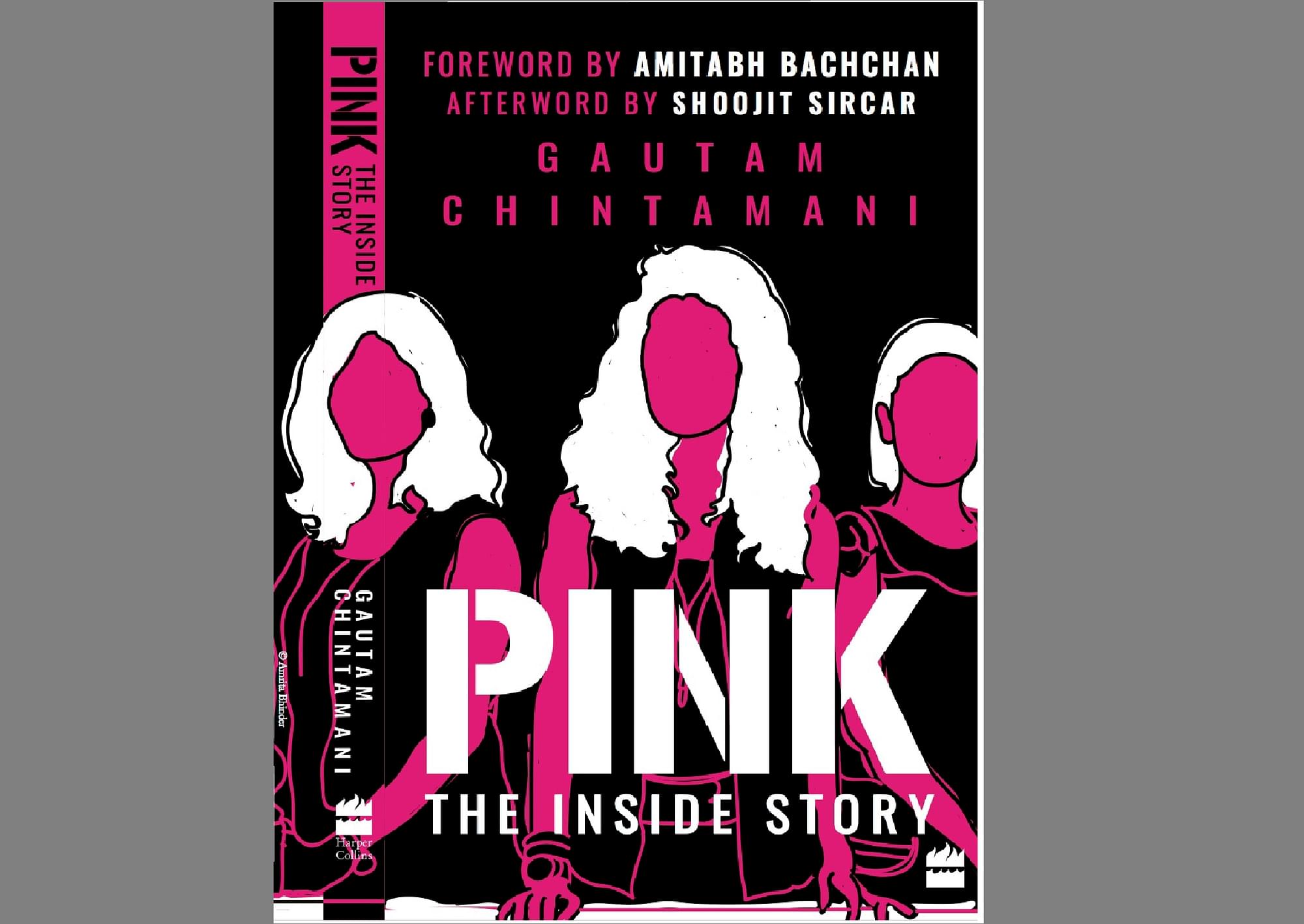 Cover of Gautam Chintamani’s book Pink: The Inside Story

These lines in the film ‘Pink’ had nearly every cinema hall in the country break into resounding applause. For once, the entire nation echoed the sentiment of a film that dared to challenge not just Bollywood's misogynistic stereotypes but also popular justifications for crimes against “modern” women.

In his book ‘Pink: The Inside Story’, author Gautam Chintamani deconstructs the film to see why it worked so well.

Questioning the casting of Amitabh Bachchan in the role of Deepak Sehgal, critics argued that the presence of the superstar was tantamount to sermonizing, which appears to be the opposite of what the creators of Pink hoped to achieve. [Shoojit] Sircar categorically states that he was not making a film on women’s empowerment and, therefore, it never occurred to him or [Aniruddha] Roy Chowdhury that there ought to have been a lady lawyer instead of Bachchan. ‘It’s not lecturing,’ responds Sircar to the question ‘Why was a man giving a lecture?’, adding, ‘A man is arguing a case in a film that was about three girls who were helped by two or three people.’

‘I wanted to make this film for men,’ asserts Roy Chowdhury and goes on to say that as an artist it is his responsibility to make the viewer feel responsible. [Ritesh] Shah’s response to the presence of Amitabh Bachchan in the film is: ‘People read too much into people involved with films. People feel that it’s because we have Mr Bachchan in the film we have such and such dialogue but it was always there. It was there from day one.’ He goes one step further when he articulates that it never occurred to them that only women should fight women’s battles just like no one insists on getting children to make children’s films. ‘The thing about eventually a man winning’ was actually ‘a person’ delivering and it could very well have been an old woman, a younger woman or, in the case of Pink, a washed- out bipolar and troubled older man. Deepak Sehgal was not written with Amitabh Bachchan in mind, and despite casting an acting giant like Bachchan in the role, the character ended up retaining most of its original traits.

Before Bachchan was cast, Deepak Sehgal was far more extreme and his unpredictable demeanour due to his bipolarity came across in his reactions and the manner in which he spoke. In one version, he is first seen standing on the railing of the balcony of his house, ready to jump but, ultimately lacking the courage, choosing to watch a comedy show on television instead, alternating between a poker face and laughter. His first verbal scene displays the extent of his volatility where the refined-looking old man scares the daylights out of a pimp as he tries to pick up a woman in the dead of the night.

Deepak Sehgal is driving around the streets, checking out the odd woman. Some foreigners and girls are wandering the by-lanes of Paharganj. A pimp catches Deepak’s eye. Deepak beckons him to the window. The pimp makes a gesture of touching his nose.

The pimp is scared.

An angry Deepak peeps out and starts shouting at him.

The woman sits inside his car and puts a hand on his crotch.

Deepak looks at her with a wry smile on his face.

In the version that was shot, Sehgal is first seen stepping out of his house and putting on a mask that accentuates his heavy breathing. The mask was not originally a part of the script. Sircar saw one lying next to Bachchan and asked him to try it on for effect. In both versions, Sehgal’s near lecherous gaze at Minal, when she stops to catch her breath while jogging in the park where he is perched on a bench, remained unchanged. That singular shot conveyed almost everything about the mindset that the women would later fight through the course of the narrative. It was also what stood out most to the viewers and critics when it came to Pink having grasped the concept that most Indian men seem unable to understand .

Sehgal’s character was an amalgamation of several real people from Shah’s growing-up years in Sarvapriya Vihar, a Delhi suburb, which features prominently in the film. The name came from a person Shah once knew, the bipolarity from someone’s mother he had met, and the physical gradation from a neighbour. The neighbour was a high court lawyer whom Shah used to view from his balcony and hence his insistence to the production team to find a lane with houses like the one from his childhood from where Sehgal could observe Minal, Falak and Andrea. The one significant change Shah made once Bachchan was cast was in the tone of the character’s language, which in the initial drafts was much coarser. The writer says, ‘I thought it did not go well with him and would not be acceptable so I fine-tuned it a bit.’ Even though Shah decided to make the first half extremely thin when it came to the dialogues for Deepak Sehgal, he maintains, ‘I did not play to his (Amitabh Bachchan’s) strengths and I don’t think he has any weaknesses.’

Excerpted from ‘Pink: The Inside Story’ by Gautam Chintamani, HarperCollins India, 2017, with the permission of the publisher.