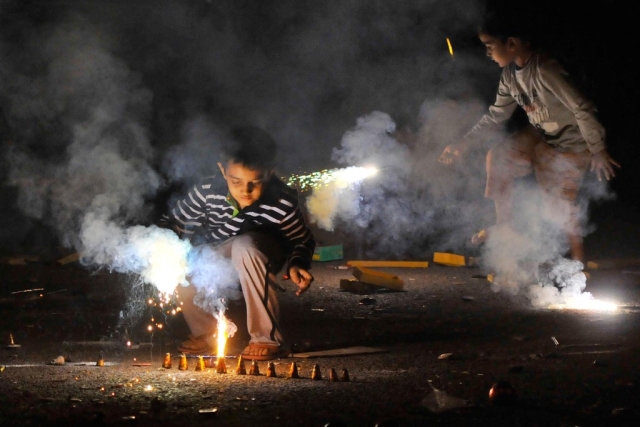 A two-judge bench of the Supreme Court, with Justices A K Sikri and Ashok Bhushan on it, has come to a sensible judgment on the Diwali cracker ban. The blanket ban is gone, and replaced with restrictions.

In a judgment handed down today (23 October), the bench has allowed the sale and use of “green” firecrackers between 8-10 pm on Diwali day and other days, with the timelines for Christmas and New Year being 11:45 pm to 12:15 am. Sales of crackers by online sites and unauthorised dealers have been banned to ensure that there is no indiscriminate sale.

This judgment, though tough to police, at least tries to be even-handed between communities, even though there is some unnecessary monkey-balancing between a Hindu festival, where crackers are traditional, and Christmas, where it is not. While Diwali is a festival of light (and, increasingly, sound), Christmas has no such requirement that crackers must be lit. But the court obviously felt the need to bring in Christmas to justify the lifting of the ban on Diwali.

That said, one must admit that the bench has been careful to avoid any criticism that it goes only after Hindu practices, and this is to be lauded. There is at least an attempt at fairness in the judgment. The same logic should ideally apply to its previous Sabarimala judgment, which is now being sought to be reviewed through various petitions from devotees.

Since the cracker ban is not easy to police, it is now incumbent on the government to do its part of the job, and Diwali revellers must exercise restraint in the kind of crackers they light up.

The government needs to do three things.

One, it must enable research on more non-polluting chemicals, so that over time Diwali crackers pollute less and less.

Two, it must monitor the production and distribution of firecrackers so that the new laws are not violated.

Three, it must ensure that other pollutants – whether it is burning of crops in Punjab, Haryana and western UP, or vehicular pollution in Delhi and other metros - are brought down through education, regulation, and higher taxation of private vehicles. This calls for more emphasis on public transport.

The ban on Diwali firecrackers was always going to be controversial when so many other, and bigger, sources of pollution have been left untouched. This is where the fight to reduce urban pollution, especially in Delhi, must really begin.

The Supreme Court has done the right thing by placing the Diwali-related causes of pollution in the right place. Regulate and reduce it, not ban it completely.

Hindus must accept this reality and act responsibly by using firecrackers in community settings, so that more people get to enjoy the festival of light even with the use of fewer pollutants.