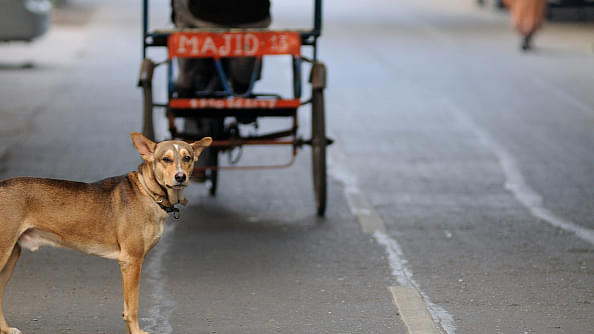 Since September, some areas in Sitapur district near Uttar Pradesh capital Lucknow have reportedly witnessed a steep surge in fatal attacks by stray dogs. Their prime target seem to be children; at least 14 of them have died in these attacks. Over 30 people, including 12 children, have been injured.

On 1 May, 11-year-old Khalid Ali was mauled to death by a pack of stray dogs in a mango orchard that he had entered to pick some fruit. His mother told the media that his body was mauled so badly that the family thought that taking him to the hospital was pointless. On the same day, two more children too died in a similar manner. More recently around mid-May eight-year-old Sonam died after being attacked by a pack of dogs when she went to the fields in the morning to answer the nature’s call.

The deadly attacks have forced alarmed residents to turn into vigilantes. Several strays have been killed. As per reports, the police have formed 18 "dog-tracking teams" and are carrying out regular "dog raids".

But the attacks and the unfortunate deaths, mostly in and around Khairabad town, continue. Fear has gripped the area; residents have reportedly stopped sending their children to school.

But what has led to a sudden spike in such dog-biting incidents?

Residents have floated several theories, and various teams of wildlife experts have visited the area to uncover the mystery.

One of the theories is that the dogs aren't the usual stray dogs but a different breed. Eye-witnesses have claimed that the dogs did not bark before they attacked. They said that the dogs went straight for the neck instead of the leg. Some said the dogs looked different from the stray ones.

The uncle of a child, who was mauled to death, told a newspaper that the dogs that attacked his nephew had "bigger snouts and the front half of their bodies is comparatively heavier". He also said that "unlike regular dogs, they never bark, even when you hit them hard with a heavy object. Even if they are injured badly, they can walk away." In another village, eye-witness to a horrific attack on seven-year-old Geeta, said that he saw the dogs "biting the girl on her neck, thighs and stomach. They were even eating the meat while she was still alive".

These observations have prompted residents to conclude that the animals aren't stray dogs but wild ones. Are they hyenas or wolves, and not dogs?

No, say experts. A team of wildlife experts that was asked by the Sitapur district administration to investigate the attacks, has concluded that the animals were indeed dogs. They found the pugmarks to be those of dogs, and even the accounts of attacks by eye-witnesses pointed towards the involvement of dogs, they told a newspaper.

Anirudh Pandey, divisional forest officer (DFO) of Sitapur, told a newspaper that while hyenas and foxes hunt only at night, these attacks happened during daytime, which is another reason to nullify the theory that they could be hyenas or foxes.

What then explains the sudden attacks?

Wasif Jamshed, a wildlife expert who was part of the team, told the paper that there had been a change in the behaviour of dogs.

“Prima facie it appears that dogs involved in the attack have overcome the fear of attacking humans. This is why they are attacking despite the fear of facing retaliation by locals,” he said.

But what has caused the change in the behaviour?

As per Jamshed, these dogs might be the ones which were earlier protecting mango orchards or farms but let off by the owners for some reason. But some residents have suggested that it is the closure of illegally operating slaughterhouses in Khairabad to blame.

Last year, in one of his first decisions after coming to power, the Yogi Adityanath government ordered all illegally operating slaughterhouses to shut down across Uttar Pradesh.

The uncle of a victim told a newspaper that "animals which are used to eating meat cannot live on hay. They first attacked animals and now they have turned to children)".

Earlier last year, a slaughterhouse in Khairabad was closed for not following norms, as per S N Upadhyaya, Executive Officer, Khairabad Nagar Palika Parishad. He, however, has his doubts about this suggestion. He told the paper that while that was a possibility, question remained as to why so many incidents are being reported only in and around Khairabad when the illegal slaughterhouses had been closed in the entire state.

The BBC, in a recent report, also raised questions as it noted that the slaughterhouse theory "doesn't really stand up since the slaughterhouse was shut down at least six months before the first mauling casualty was reported last November".

A section of the media, however, has been quick to latch on to this conjecture. The New York Times, in a rather provocatively titled report - In India, protecting cows may be creating killer dogs - states that "many of them (stray dogs) used to survive off scraps from the slaughterhouse, and after it was abruptly shut down, villagers and veterinarians said, some of the strays might have gone mad with hunger".

This sentence is followed by a quote from Dr R K Singh, the director of the Indian Veterinary Research Institute (IVRI) in Bareilly: “Because these dogs are getting less food, they move toward the neighbourhoods in search of food...That is leading to intense human animal interaction.”

However, when Swarajya spoke to Singh, he said that his statement has no link to the slaughterhouses . "My statement is this: Because of our change in lifestyle, we don't offer as much food to stray dogs as we used to. Earlier, we used to make a separate kutte ki roti (chapati for dog), but we don't do it anymore. It's just less food available to them that is creating the problem."

He added, "I have nothing else to say. And the term you use, 'killer dogs', is also not mine.”

Incidentally, there is another report that links the institute's finding to slaughterhouses which Singh, again, denied.

Some weeks ago, authorities had roped in IVRI to find the change in the behaviour of dogs. The report is out. The Times of India, in a report published today, says that “the [IVRI] team has stated that dogs were attacking because of hunger as sources of their food — slaughter houses had been shut in the district". The report also says that the dogs “started eating offal material after closure of slaughterhouses”.

Singh told Swarajya that the institute’s report makes no mention of slaughterhouses. "I do not know what the media is writing. But I can tell you that the report doesn't mention slaughterhouses," he said.

Singh, however, refused to reveal any other detail of the report. "It has been submitted to the concerned authorities. I can't share its contents with you," he said.

It is waiting to be seen what has the IVRI team concluded and what action do authorities take to tackle the menace. Meanwhile, city Magistrate Harsh Dev Pandey told a newspaper two weeks ago that 37 of 100 estimated “killer dogs” have been caught and sent to an animal shelter in Lucknow, and he believes that the “problem is nearly solved”.