Economics Of Sarkari Schools: Who Are They Good For? Absolutely No One (Except The Teachers) 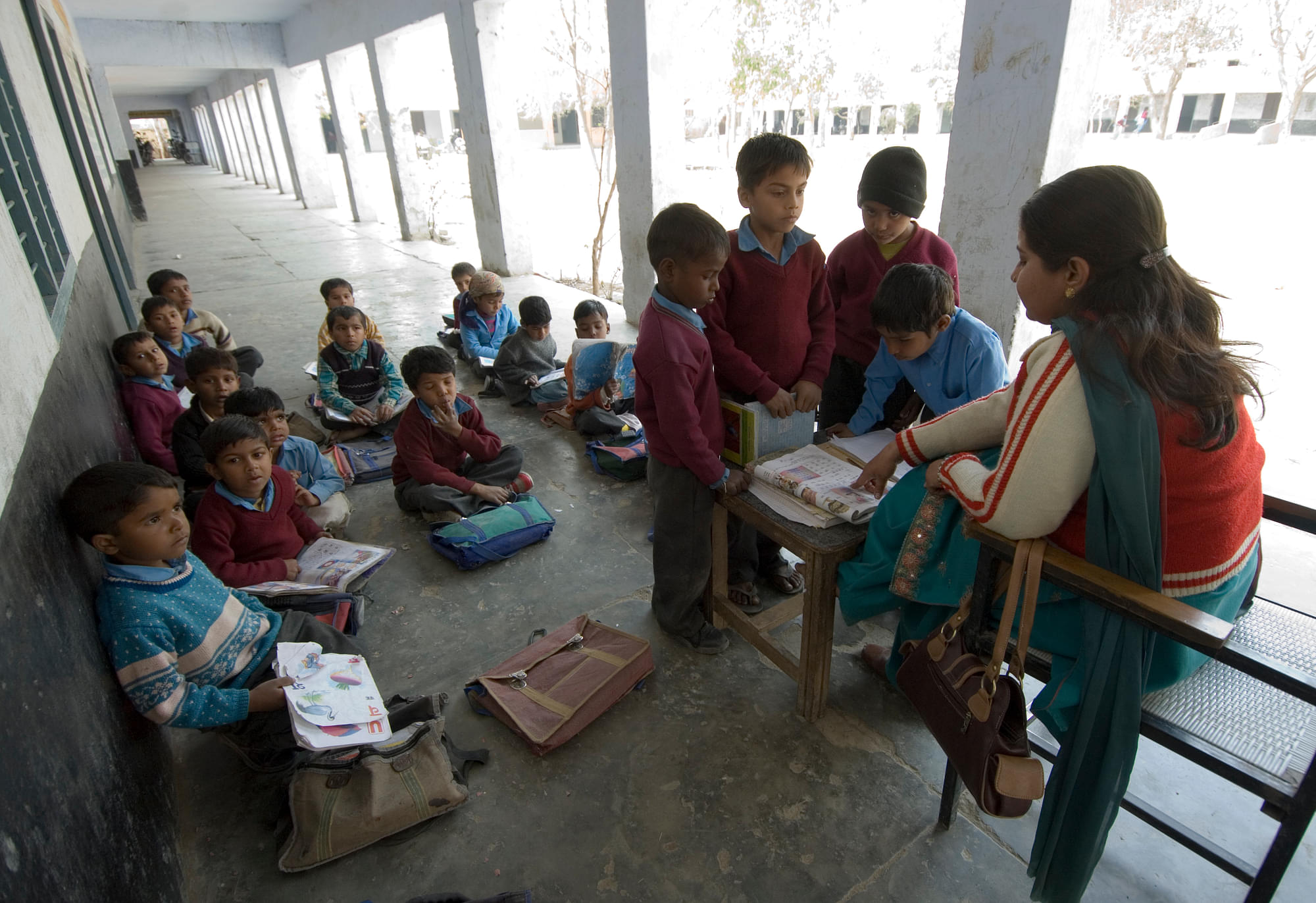 Scores of school buses of private schools from towns and cities start trundling into villages at the break of dawn. Fifteen years ago, one could spot barely one or two such vehicles in villages. Today, they are the most common sight.

This is the story of most of the Indian villages. The trust and confidence in government school education are abysmally low and keep declining by the year. Even the government signalled giving up on its own institutions by passing the Right to Education (RTE) act through which it forced the private schools to surrender 25 per cent of their capacity so that the government can fulfil its duty of providing education to all. It was a capitulation of epic proportions and acceptance of the bitter ground reality that parents overwhelmingly prefer private schools over the public ones. They don’t want to send their children to government schools even free of cost.

However, the public expenditure in sarkari schools continues unabated. Government after government keeps throwing money at these failed schools doing the same thing over and over again while expecting different results. Surely, there must be a better way. But before exploring alternatives, we must take a look at the economics of these government schools.

To find answers to some of these questions, Swarajya went to two government schools located in different villages in Haryana. We interviewed teachers and other members of staff in the school. Here are some startling findings that are sure to outrage one’s sensibilities at the utter reckless waste of public money.

Those we interviewed requested anonymity and hence we are refraining from identifying even the names of the two villages. But both of them fall in a district that comes under the National Capital Region (NCR).

The village has two schools, a primary wing till Class V, and a secondary one till Class X.

Total number of students in both wings: 180

The school has one peon, one clerk and two cooks to prepare the mid-day meal.

It has one science laboratory and one computer lab with more than 22 computers only half of which are operational.

Other grants: Rs 3,000 for Independence Day, Rs 25,000 for the Science lab, Rs 7,000 for office. These grants are not constant and vary from school to school. In addition to these, there are mid-day meal expenses. The school staff procures the food items from the market for preparing the mid-day meal for 180 students and sends the bill to the government for reimbursement.

Capacity problem: There are only three primary teachers for students of Class I to V. For Class V to X, there are six teachers - one each for Science, Mathematics, Social Sciences, Sanskrit, Drawing and Physical Training. The post of an English teacher is vacant, and we were told that either the Computer or the Social Sciences teacher often steps up to take the classes.

Per Student expenses: If we consider staff salaries alone and ignore the grants or mid-day meal expenses, the expenses add up to around Rs 75 lakh per year. That translates to a per-student expenditure of Rs 41,000 per year!

Unlike Village X, all classes are held in a campus spread over an area of around two acres. This school also has two more classes: XI and XII.

The school has one peon, one clerk and cooks to prepare mid-day meal.

It has one science lab and one computer lab.

Only one teacher is employed on a contract basis. There is one clerk, and three Class IV employees (Peon, sweeper etc).

Capacity problem: There are only three primary teachers handling Class I to V. For Class VI to VIII, there are six teachers. Seven lecturers teach students of Class IX to XII. The post of a Headmaster has been vacant since last year.

Per Student expense: If we consider teacher salaries alone and ignore everything else, the expenses add up to around Rs 1 crore 27 lakh per year which translates to a per-student-expenditure of Rs 84,000 per year!

That’s the economics of government schools.

We have not even considered various grants and the income of other staff members. The staff is not complete. Even the post of the principal is vacant in both these schools apart from the shortage of teachers. Students’ performance is very poor. And it is not because the teachers are not serious or do not pay attention to students. We met a couple of very dedicated teachers who told us that the parents of these kids do not pay any attention to what their children are up to in school. “Anyone who is the least bit concerned about their ward’s education would obviously send them to a private school,” remarked a teacher.

In both the schools, the teachers told us who are the ones who really attend these schools. One of the lecturers explained that most of the children are from scheduled castes and very few from the general category. Since parents don’t pay any attention, teachers are sometimes forced to take strong measures, even resorting to beating them. But this is becoming increasingly difficult, thanks to strict orders from above to avoid physical punishment at all costs. “How will students study without discipline? Why don’t their parents bother to come and ask about them? Even our repeated requests to parents to attend to them fall on deaf ears,” a teacher lamented.

A teacher made an interesting observation. “It’s not that private schools teach anything extraordinary that we don’t teach here. But these mothers are the real problem I tell you. They are very competitive and fight fiercely in the family to send the children to private schools alone saying this or that person’s kid is going to so and so private school, why should I send my child to a government school.” It’s an issue of aspiration also. Another teacher in the second school also had the same tale to tell. She narrated how they had worked so hard on educating a girl, investing their time and energy. She scored 95 per cent and was the best student they had, but her mother got her admitted in a private school in Class IX despite our vehement protests. “Such incidents really frustrate you,” the teacher said.

We wondered how they fare in exams, especially board exams. Barely one or two students score more than 80 per cent, the teachers reported. Many fail and drop out.

So who are these schools serving? From the economics of it, it appears that the government is running a highly impressive employment yojana. Somewhere along the line, we have forgotten that schools are meant for nurturing children, not teachers and their families.